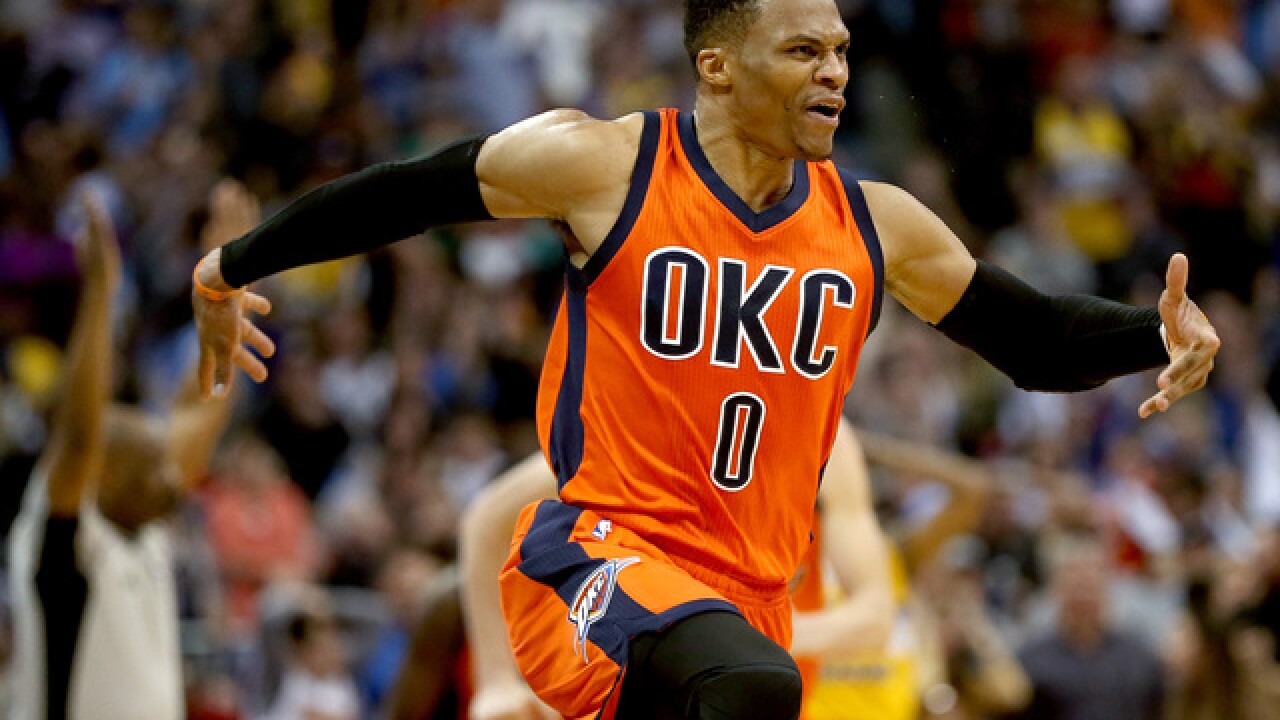 Copyright 2017 Scripps Media, Inc. All rights reserved. This material may not be published, broadcast, rewritten, or redistributed.
Matthew Stockman
<p>DENVER, CO - APRIL 09: Russell Westbrook #0 of the Oklahoma City Thunder celebrates after scoring a game-winning, three-point shot at the buzzer against the Denver Nuggets at Pepsi Center on April 9, 2017 in Denver, Colorado. NOTE TO USER: User expressly acknowledges and agrees that , by downloading and or using this photograph, User is consenting to the terms and conditions of the Getty Images License Agreement. (Photo by Matthew Stockman/Getty Images)</p>

OKLAHOMA CITY -- The NBA announced Monday night that Oklahoma City Thunder guard Russell Westbrook was the winner of the Most Valuable Player award for the 2016-17 season.

RELATED: New Russell Westbrook commercial: 'Home is where my journey takes me'

Westbrook becomes the second Thunder player to ever win the award, after Kevin Durant won the MVP during the 2013-14 season.

The Thunder lost 4-1 in the first round of the NBA Playoffs to the Houston Rockets.

Along with his wife Nina, Westbrook also recently became a parent after the birth of his son Noah Russell Westbrook in May.