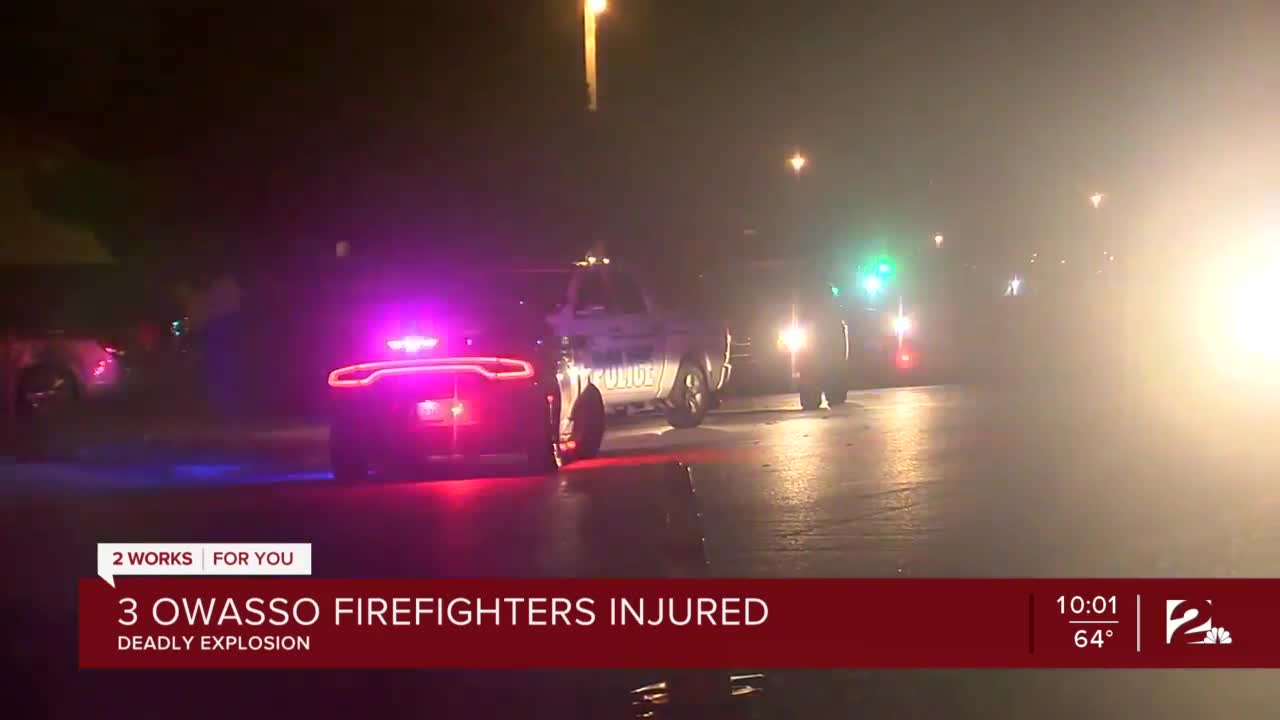 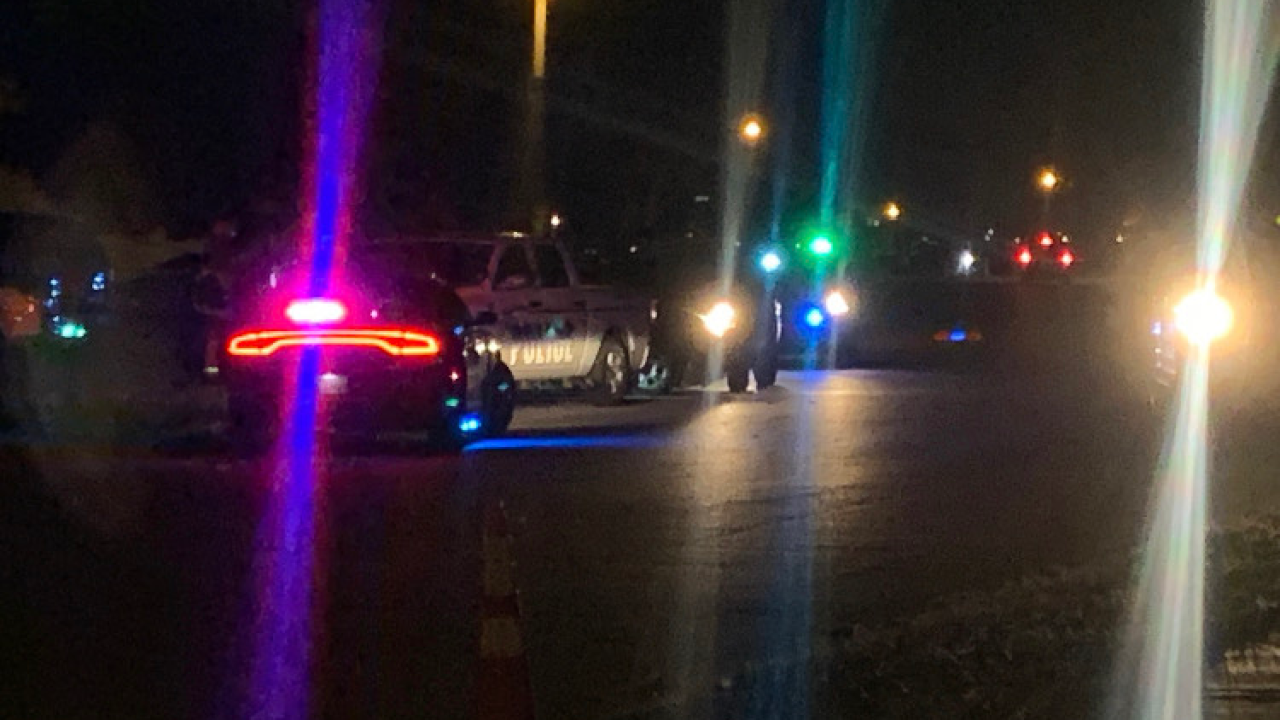 OWASSO, Okla. — Three Owasso firefighters are recovering after a deadly explosion at an Owasso residence Thursday evening, according to the Owasso Fire Department.

The explosion happened at a home near North 120th East Avenue and East 80th Street North.

When firefighters arrived, officials said they confirmed the home was on fire.

Firefighters entered the home and rescued a woman in her 80s, according to fire officials. The firefighters then reentered the house to rescue a man, but officials said they were unable to complete the second rescue as there was an explosion.

In a statement on Facebook, the Owasso Fire Department said, "Just as they reached him, the victim’s oxygen cylinder ruptured, causing one firefighter to be thrown into an adjacent room; another firefighter was knocked out the front doorway; and a third firefighter outside was pushed backward, causing him to strike the fire truck."

The three firefighters were taken to the hospital and then eventually released that night, according to the statement. They are currently recovering at home.

The elderly woman was also taken to the hospital for smoke inhalation and then released the same night, the statement said. However, the man who firefighters attempted to rescue died from his injuries.

Fire officials told 2 Works for You that investigators believe the man was lighting a cigarette around an oxygen tank, causing both the fire and explosion.