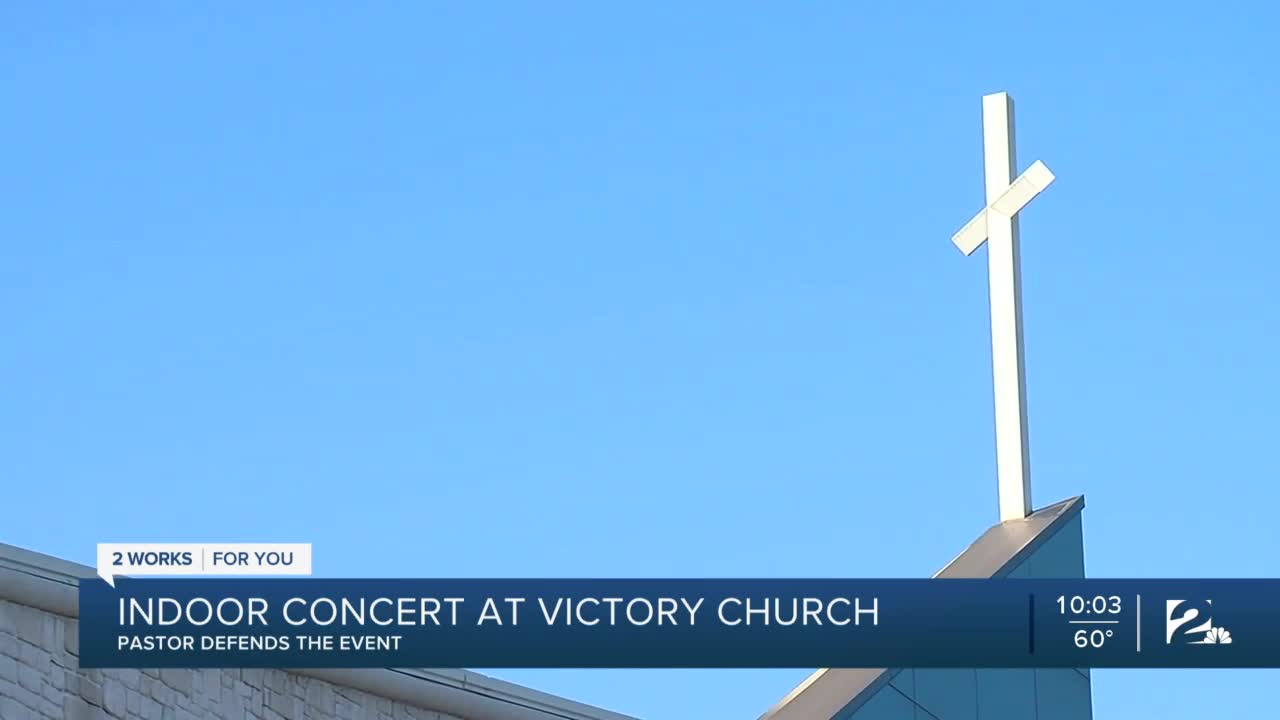 TULSA, Okla. — Video from inside a Tulsa church is circulating on social media and catching attention, not entirely for good reason. There was a concert Tuesday night at Victory Church, which hosted an estimated 2,500 people.

People online question whether an event like that is the best idea during a pandemic.

The pastor said there is something he would have done differently.

“I would’ve said, ‘I think you should keep the stage away where people can’t come up close,’” Pastor Paul Daugherty answered, after being asked about the event.

Tulsa business owner Nicholas Flores saw the video on social media and shared it with an expression of disappointment.

In the video, the audience can be seen singing aloud, many without a mask.

“I understand we’re all trying to do our part. We are, as a church, but we are a church. We’re not going to reject people and push people out because they take their mask off,” Daugherty said.

Pastor Daugherty said the church’s auditorium has room to seat 5,000 people, but that they only accepted up to 50% capacity on the night of the concert.

Kamran Karimi was one of those in attendance.

“In reality, we just need to enjoy life, go forward with life, live by faith, and go forward," Karimi said.

Not including Sunday service, Pastor Daugherty said the concert was the first event this year they hosted and that they do not have any more scheduled.

The gathering is frustrating to Flores, who has prepared to operate under new restrictions, as a bar owner, because of the spike in COVID-19 cases.

“It’s really important if we all got together as Tulsans and fought this disease, instead of allowing some people to not play the game,” Flores said.

According to the Tulsa mayor’s executive order, events and gatherings with 500 or more attendees are required to submit a COVID-19 safety plan for approval by the Tulsa Health Department at least 14 days in advance.

A representative with THD told 2 Works for You they did not receive a safety plan for Tuesday night’s concert, and also said, anyone attending large gatherings should monitor for COVID-19 symptoms and get tested 5-7 days after.

2 Works for You is waiting to hear back on whether Victory Church would face any consequences for not submitting a safety plan.

Victory's Pastor Daugherty attended the event but said he was not in charge of it. The building was rented to Bethel Music, which has not yet responded to requests for interview.