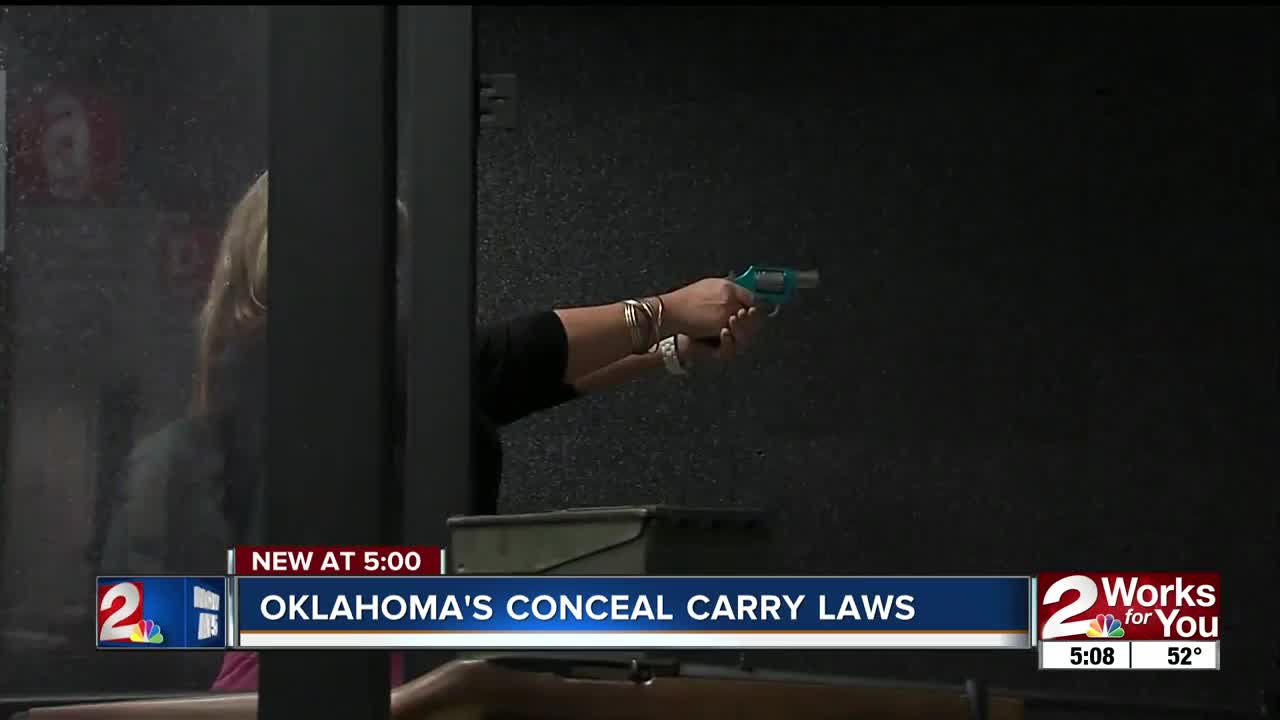 TULSA, Okla. — The unusual and deadly shooting inside a Tulsa Walgreens is raising questions about Oklahoma's concealed-carry laws.

According to the general manager of 2A Shooting Center, which offers concealed-carry classes, the Walgreens clerk who shot and killed an upset customer on Wednesday didn't break the law.

"There is not a state law that prevents you from carrying a concealed carry firearm. It is simply that policy of the private owner," Eric Fuson said.

Walgreens' policy doesn't allow employees to carry weapons, concealed or unconcealed, on the property. We have reached out to the company for comment on the clerk's job status but haven't heard back.

Under Oklahoma's Self-Defense Act, there are certain places where it's illegal to carry a concealed weapon.

"There are obviously some places you can't carry a concealed firearm even with the license beyond TSA checkpoints at airports, federal buildings, some professional sporting events," Fuson said.

During Wednesday's shooting, two other people were hurt including a Walgreens employee and a customer who was near the altercation.

The customer was released the next day, while the employee who was shot in the chest remains in the hospital as of Friday evening.