ONLY ON 2: Innocent bystander speaks about being shot at Walgreens 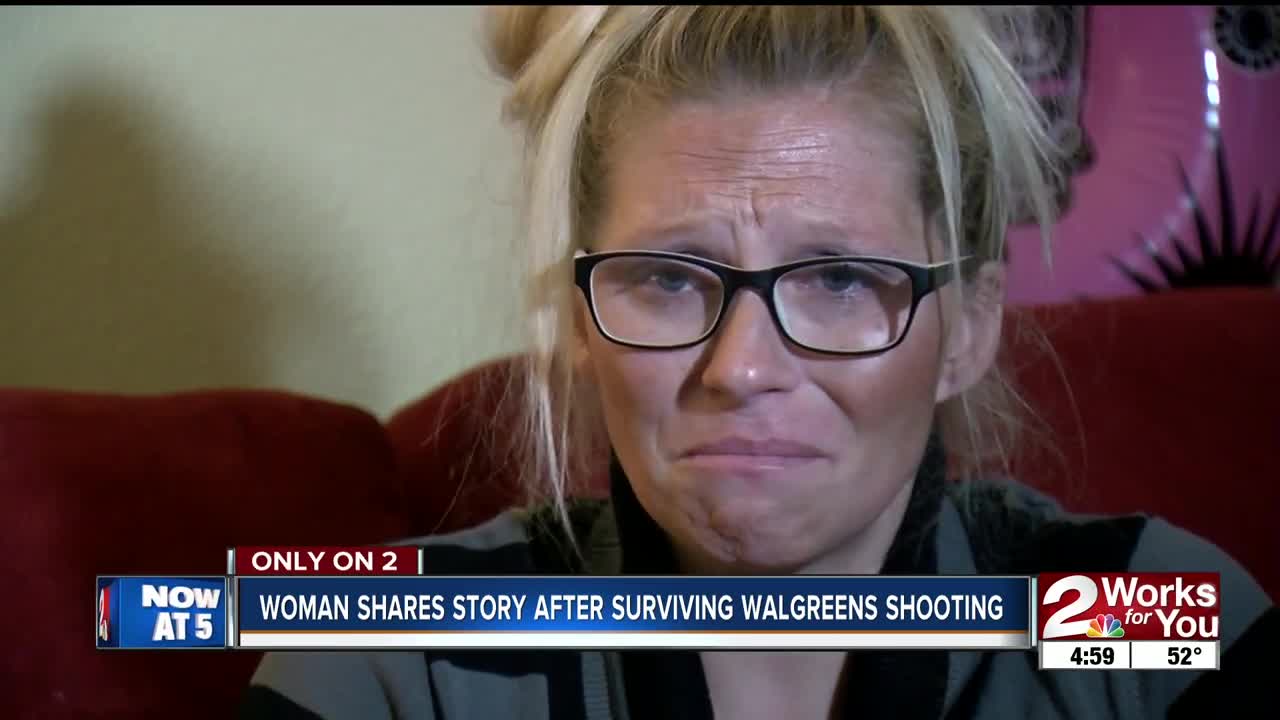 A Walgreens customer who went in for a drink ended up being shot by a stray bullet during an altercation at the photo counter. She speaks exclusively to 2 Works for You about the terrifying ordeal.

TULSA, Okla. — "What was he doing with a gun in the store in the first place?," asked Rachael Wamego, sitting in her living room.

She showed us her wound on her left thigh where a bullet grazed it.

Wamego said she went inside Walgreens on 71st St. and Lewis Ave. on Wednesday afternoon to purchase a drink. When she was inside, she heard another customer arguing with an employee at the photo counter.

"He was upset that his pictures didn't come out right," Wamego said.

Then, she heard shots being fired.

"Right as I was going to turn, the man behind the counter started firing," she said.

Tulsa police said the store clerk shot and killed 52-year-old William Hurley, who had forcefully snatched away some pictures from the clerk. Two stray bullets ended up hitting Wamego and another employee who was at the front counter.

He said the clerk who opened fire had a conceal carry license, but Walgreens' policy does not allow employees to have firearms on the job. During the investigation, officials found a handgun on Hurley, but they don't believe he fired any shots.

The female employee who was also shot hasn't been released from the hospital.

Walgreens' pharmacy drive-thru is open, while the store inside remains closed since Thursday afternoon.