Tulsans to vote on gender-neutral language in city charter 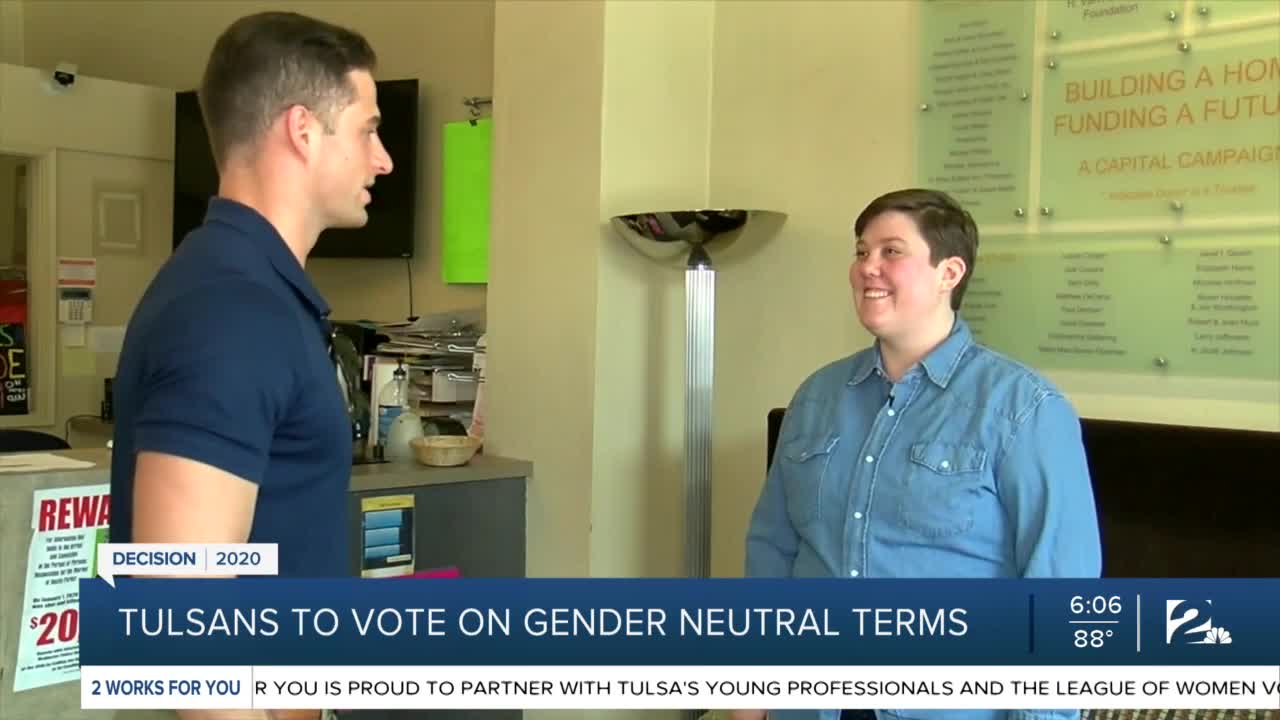 TULSA, Okla. — Tulsa city councilors voted to include five amendments to the city’s charter on August 25 election ballots. A question surrounding gender-specific terms is on the docket and if the language should change to include all gender identities.

"Using gender-neutral language helps everyone be seen," said Anna Puhl of Oklahomans For Equality, an organization that seeks equal rights for members of the LGBTQ+ community.

"He", "she", "his", and "her" are terms in Tulsa's city charter to represent officials, employees, and elected leaders.

The male and female pronouns may soon change to the inclusive “they” to identify those not tethered to gender roles.

"For the first time people like me would be recognized in our city government," Puhl said. "That’s really cool."

Puhl is one of these Tulsans.

"I tried really hard to lean into femininity and to lean into womanhood, and I never felt at peace or at home in either one of those expressions," Puhl said.

“I finally felt like that fit what i had been experiencing my entire life," Puhl said.

Puhl tells 2 Works For You, the charter amendment is a step toward putting non-binary Tulsans on equal footing, but it’s not the only stride for non-binary people in this election. Tulsa’s first openly transgender candidate, Nat Wachowski-Estes, is running for the city's district 5 seat.

"It’s just a funny coincidence that this is on the same ballot as I'm running…as the same election," Wachowski-Estes said.

The Wachowski-Estes campaign emphasizes inclusiveness among all Tulsans — trying to ensure every voice is heard.

Wachowski-Estes decided it’s time their voice was amplified from the other side of the table.

“All these kids who are growing up not seeing themselves in these different facets of life and you finally get that representation, it’s huge," Wachowski-Estes said.

A husband and father, Wachowski-Estes wants to show transgender Tulsans are Tulsans, too.