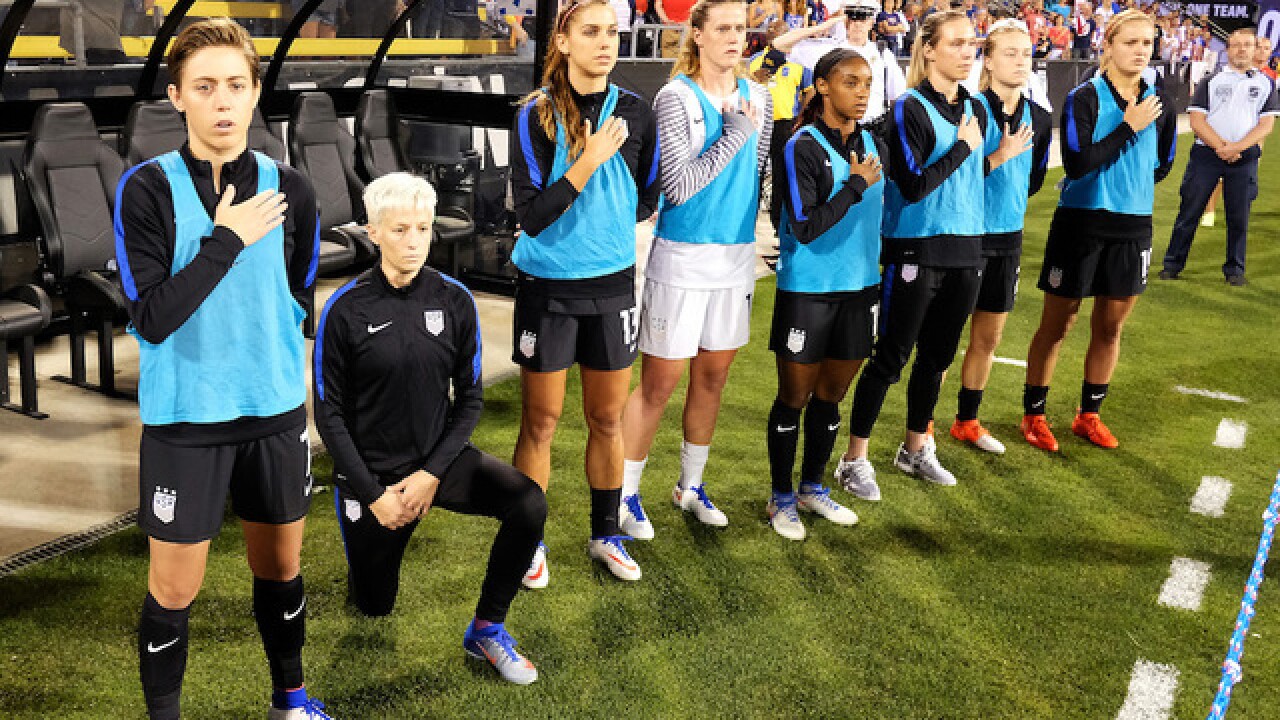 Jamie Sabau
<p>Megan Rapinoe #15 of the U.S. Women's National Team kneels during the playing of the U.S. National Anthem before a match against Thailand on September 15, 2016 at MAPFRE Stadium in Columbus, Ohio.</p>

American soccer players representing Team USA will now be required by rule to stand for the national anthem.

According to Fox Sports soccer reporter Stuart Holden, the board of directors at U.S. Soccer passed a bylaw last month that mandates "All persons representing a Federation national team shall stand respectfully during the playing of national anthems at any event in which the Federation is represented."

Holden posted an image of the text for the new rule—labeled as "New Policy 604-1"—to Twitter on Saturday. It indicates the rule was passed on Feb. 9.

In fall 2016, Megan Rapinoe, a player for the World Cup-winning U.S. women's national soccer team, began kneeling during the playing of the national anthem before games. Rapinoe, an off-the-field activist for human rights issues including LGBT rights, was one of several prominent American athletes who kneeled during the national anthem across several sports last year.

RELATED: NFL quarterback Colin Kaepernick says he will not protest national anthem in 2017