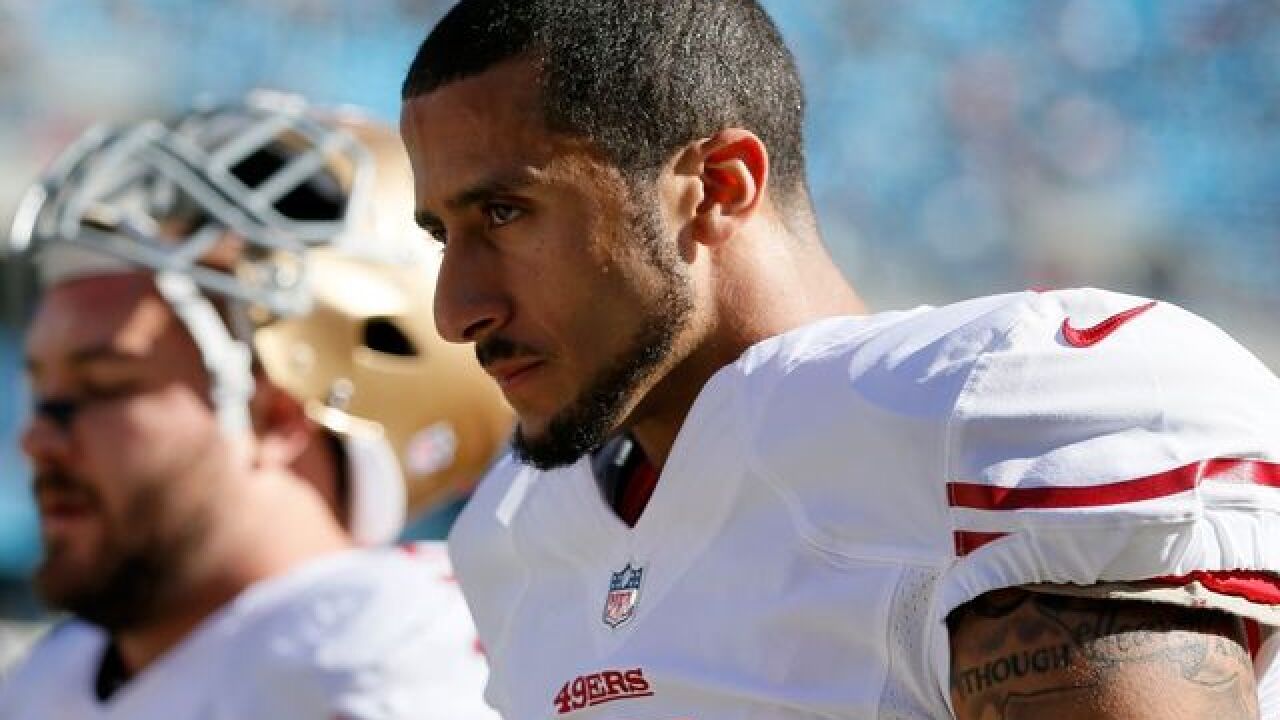 ESPN reports that sources close to Kaepernick say the quarterback “no longer wants to detract from the positive change he believes he created.”

Kaepernick began sitting sitting or kneeling during the national anthem during preseason games in August. His protest went unnoticed for a few weeks, but sparked a national debate when he confirmed to reporters he was specifically protesting the anthem.

"I am not going to stand up to show pride in a flag for a country that oppresses black people and people of color," Kaepernick told NFL.com at the time. "To me, this is bigger than football and it would be selfish on my part to look the other way. There are bodies in the street and people getting paid leave and getting away with murder."

Kaepernick was joined by dozens of players throughout the league. It’s unclear whether those who joined him will continue to protest on their own.

In addition to protesting the anthem, Kaepernick also pledged to give $1 million to community organizations over a 10 month span through his charity, the Colin Kaepernick Foundation.

ESPN also reports that Kaepernick is set to opt out of his contract with the 49ers and become a free agent next week.