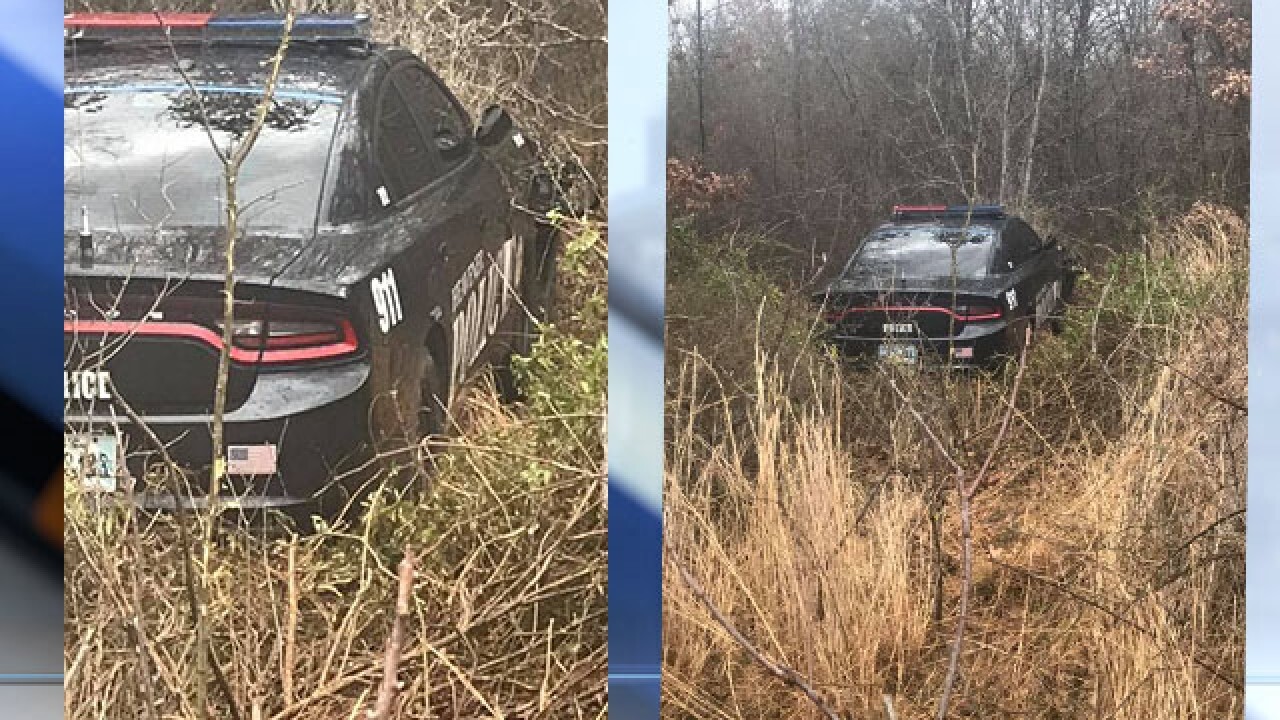 HEAVENER, Okla. (AP) -- Authorities say a kidnapping suspect who escaped from a Missouri jail and then from an Oklahoma police car apparently stole a pickup truck and returned to Missouri.

The truck was found Sunday in Pettis County, Missouri. That's where 30-year-old Travis Lee Davis broke out of jail just more than a week earlier. The sheriff's office says the truck had been stolen Friday from a home near Heavener, Oklahoma, where Davis apparently stayed in a camper after his second escape.

Police say that escape happened Wednesday when he crawled from the back seat of a patrol car and into the front while handcuffed. Davis then drove the car about 1.5 miles (2.4 kilometers) before crashing into a tree.

A search is underway. Authorities say Davis should be considered armed and dangerous.