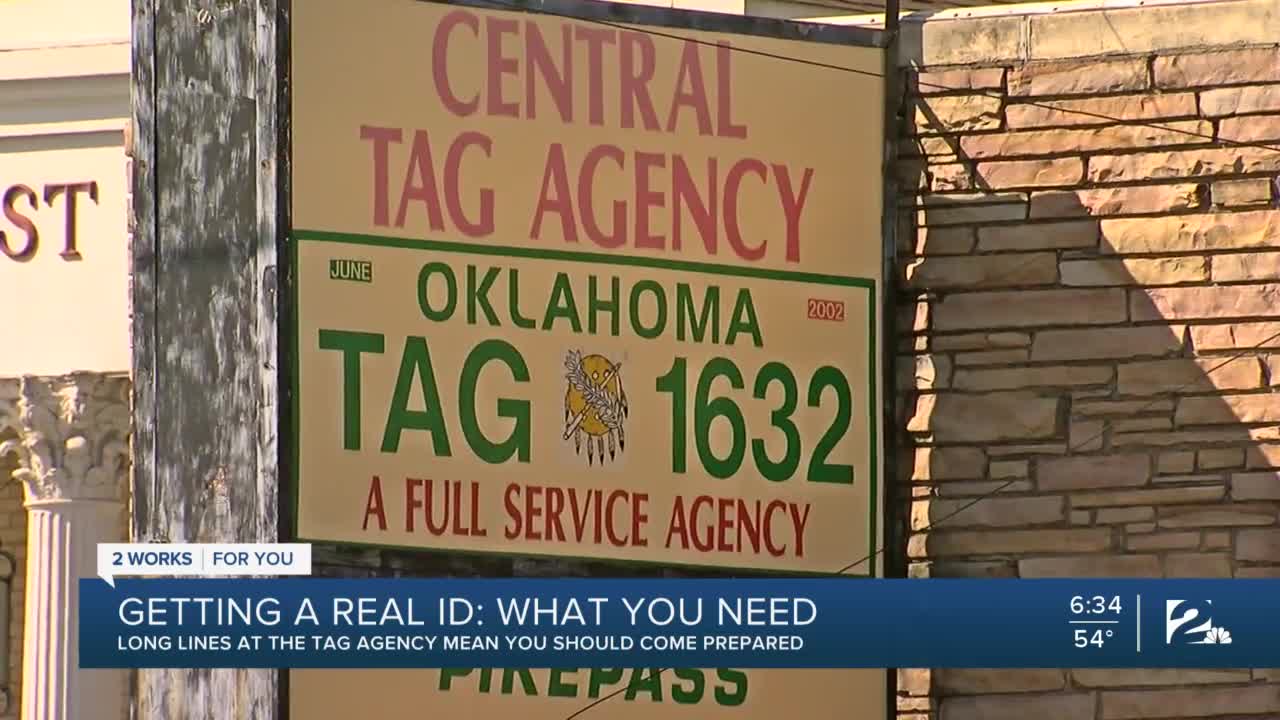 Getting a real ID can be complicated, but 2 Works for You is here to help. 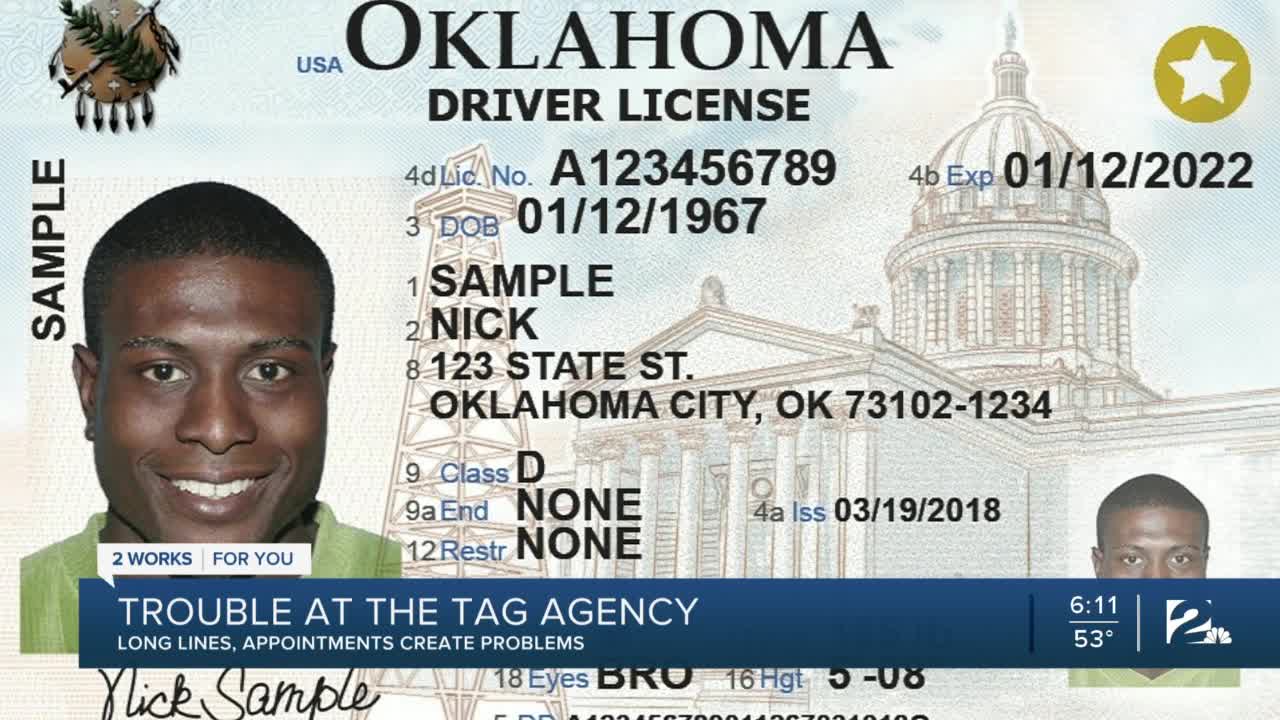 Some agencies say appointments are being booked six to eight weeks out. It is frustrating people in Green Country.

2 Works for You talked to area agencies to get to the bottom of the delays.

Many of the delays are due to the Real ID Act in 2005. After several delays Oklahoma is making the necessary changes to issue the more secure IDs. People at the Central Tag Agency told 2 Works for You the real ID software is very slow.

Instead of taking five minutes per person, it takes 20 minutes or more to print out a drivers license, state or Real ID.

Central Tag Agent Manager Sydnee Jones explained instead of pushing out hundreds of new documents daily, she can only help about 30 people a day.

It's why she now requires appointments for all transactions.

“The system they brought us wasn’t ready, it wasn’t ready to be pushed out into the public," Jones said. "As everybody knows we are at the end of the deadline for the federal government so we had to push it out, and it’s slow. It’s very slow, it’s very unorganized. It seems like we can never get any help, I would love to have a second machine, I have the space, I have the room, I would love to get someone else trained so I can pump out more. I’ve been told no, no reason, no answer, just no.”

On top of dealing with a slow system, the loss in business means she's laying off workers, and it's the same story at the Department of Public Safety, which is in charge of rolling this system out.

“It needed to be done, but I wish Oklahoma would’ve worked a little it harder on their system, because it’s just slower,” Jones said. “This is a double edged sword, I mean, I want help everybody that walks through this door, and we are trying, I allow people to sit here, if we have a no-show, you can fill that spot. I’ve had people sit here for two hours and never have one. I am losing business, quickly, it’s hurting us a small business to be going through this.”

DPS Media Operations Director Sarah Stewart said they are facing furloughs due to a nine percent budget cut and Covid-19.

“There have been some things in the system that have made it slower, we actually identified one of those problems this week, Tuesday that we came up with a fix for, and we are already seeing increased times on that,” Sarah Stewart said.

DPS is working to make changes and bug fixes to the machines to hopefully speed up the process, but there are a few things you can do to avoid wait times, and a list of documents you must have to get a real ID.

“It’s a new system, we hope as they become more familiar with it, that the times to process will get quicker. But we are trying to do everything we can to identify issues and if there is a fix that we can get in, fix it, and hopefully speed up the process,” Stewart said.

“We don’t want people to feel like they have to rush out and get that. There is not a rush, we encourage people to wait until their license is expiring, to renew it or replace it,” Stewart said.

If you are struggling with getting a real ID, and don't know what you need to bring click here.