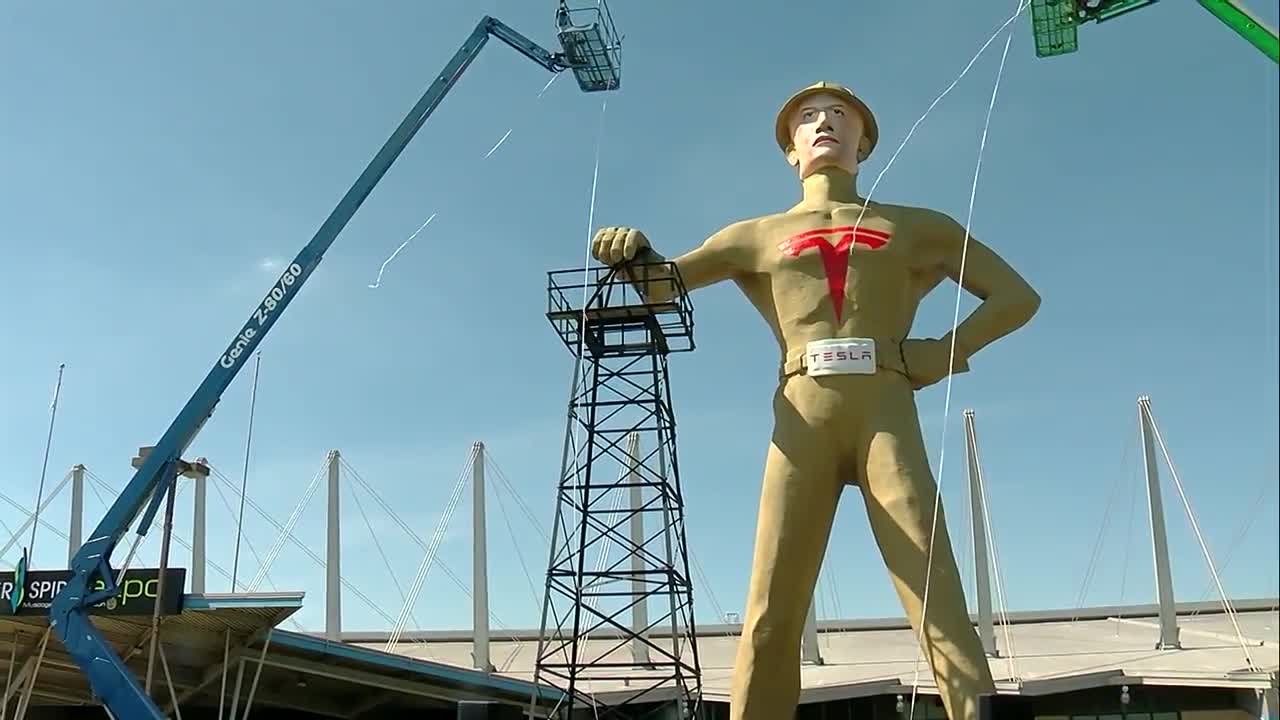 It's part of a city-wide campaign to bring Tesla's newest U.S. Gigafactory to Tulsa, according to a news release.

Tulsa Mayor G.T. Bynum pulled up to the event in a Tesla and introduced the driller's new appearance, which features a Tesla branded belt and t-shirt, as well as a new face transformed into Tesla's CEO Elon Musk.

Mayor Bynum expressed why he believes Tesla should come to Green Country.

It is clear that Tesla and Tulsa were forged in the same spirit. Both founded by pioneers who dreamt big and made it happen. Both trying to change the world with a new kind of energy. Both investing big in what matters most: people. Tulsa is a city that doesn’t stifle entrepreneurs – we revere them. And as Tesla continues to rapidly change transportation all around the world, I can’t imagine a better place for them to further that important work than Green Country.

Sandy Truong, president of the Tesla Owners Club of Oklahoma, also shared her excitement about the potential of Tesla coming to Oklahoma.

Oklahoma already has a strong affinity for the Tesla brand with hundreds of Oklahoma Tesla owners who are very excited and passionate about the possibility of a Tesla plant being in our home state.

Tulsa and Austin, TX are the two finalists competing for Tesla’s new factory that will build Cybertrucks and Model Y small SUVs.