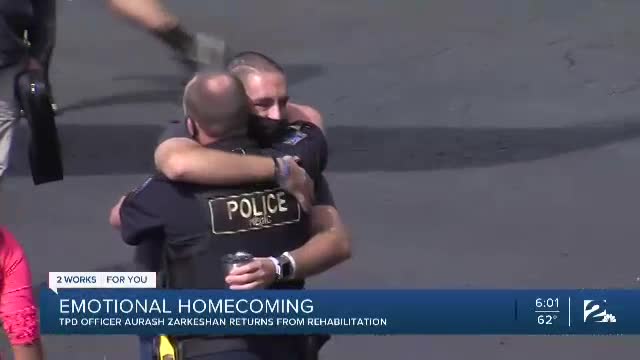 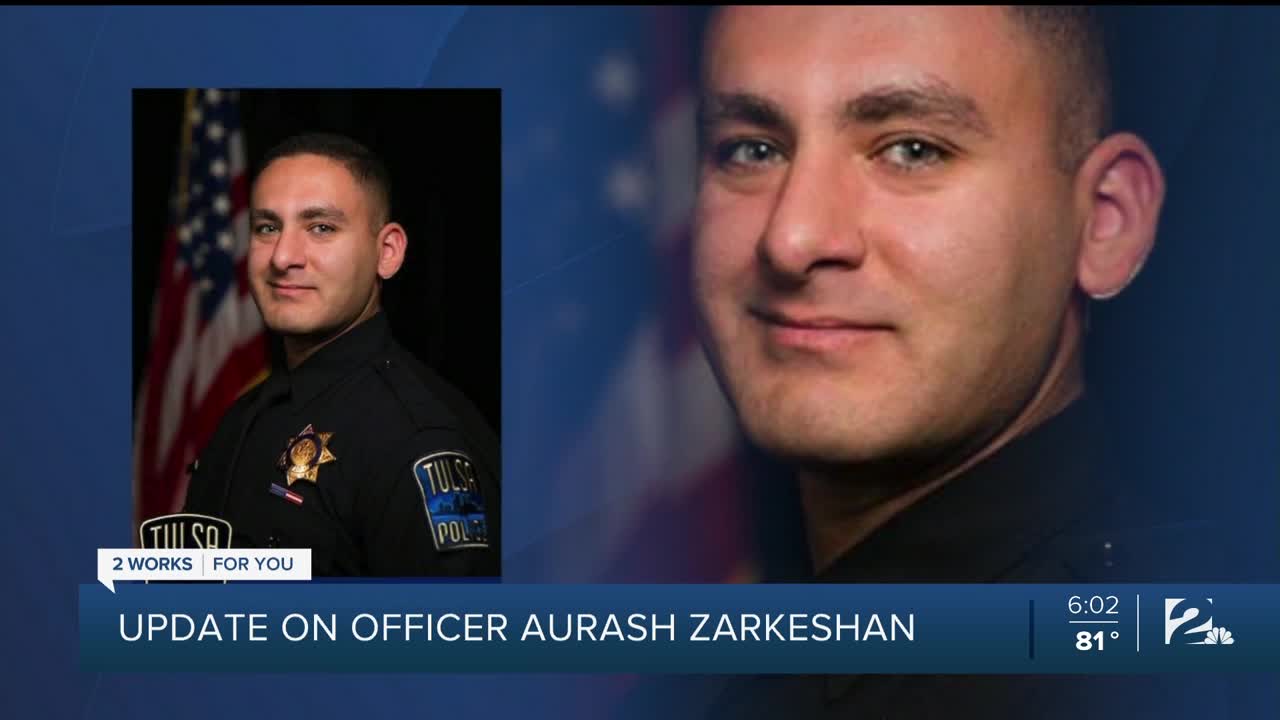 TULSA, Okla. — After four months of rehabilitation, Officer Aurash Zarkeshan is back in Tulsa.

Zarkeshan arrived at the Tulsa International Airport Thursday afternoon where he was welcomed by city leaders, friends, family and his fellow police officers.

The Tulsa community as a whole has been waiting for his return for months and there has been an outpouring of support on social media.

Tulsa Police Cpt. Kimberly Lee said everyone couldn’t be happier to see his face and that he’s become a symbol of hope for the entire department.

“He really is an example for all of us," Lee said. "Through his determination and his demeanor is really what’s pulled us as a police department; even the city itself to be able to bring up that hope.”

“On this day, this is someone that all Tulsans can be proud of and grateful for,” Bynum said.

David Ware is accused of shooting Zarkeshan and Sgt. Craig Johnson during a traffic stop on June 29 in east Tulsa. Johnson died from his injuries.

Zarkeshan completed four months of rehabilitation at a facility in Colorado.