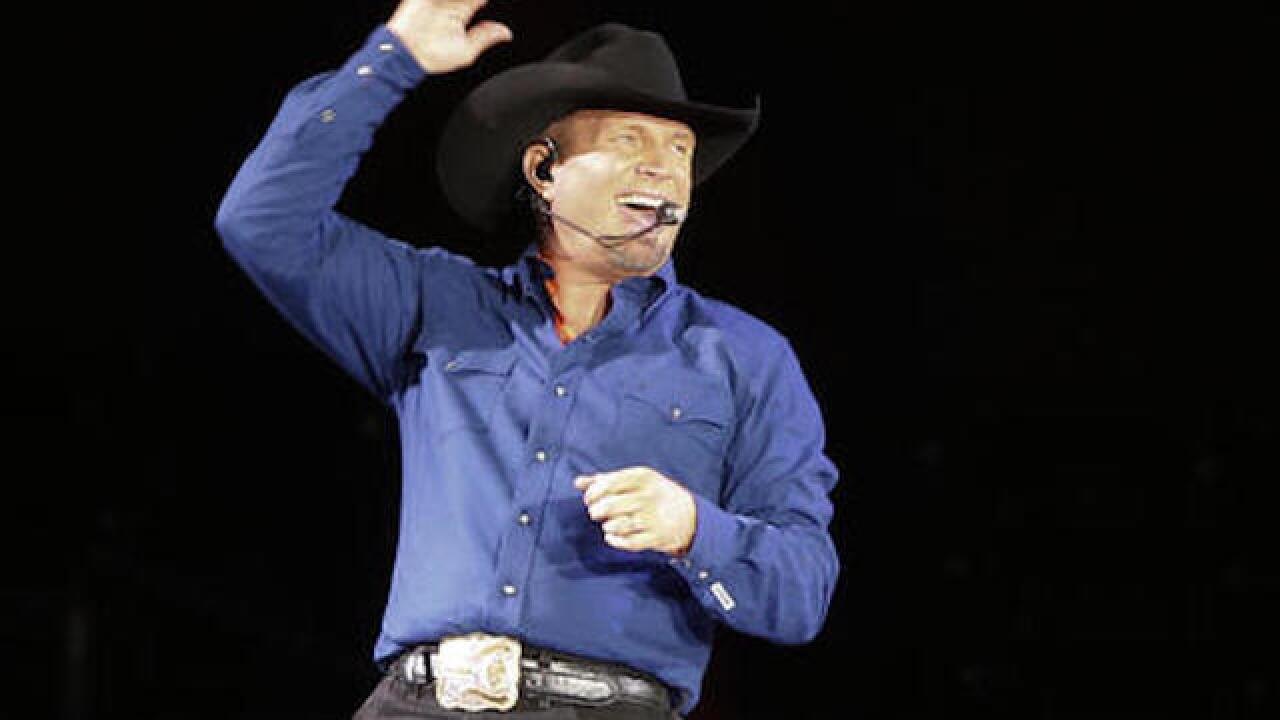 Copyright Associated Press
Julie Jacobson
<p>In this July 8, 2016, file photo, Garth Brooks sings "Ain't Going Down" during a concert at Yankee Stadium in New York. A week after launching its new paid streaming music service, Amazon announced a deal with one of the streaming music’s biggest holdouts: country superstar Brooks. Brooks, who is the best-selling solo artist in U.S. history, has kept his music off streaming services for his entire career until Wednesday, Oct. 19, 2016, when select albums and songs will be available on Amazon Music Unlimited. (AP Photo/Julie Jacobson, File)</p>

Oklahoma's own Garth Brooks is getting a special honor during the 2020 Billboard Music Awards Wednesday night.

Brooks is one of only eight artists to receive the ICON award. Brooks is the #1 selling solo artist in the history of the United States and is the first, and only, artist to have eight diamond-certified albums that each had over 10 million album sales.

The "2020 Billboard Music Awards" originally scheduled for May got delayed due to the pandemic. It now airs at 7 p.m. on KJRH.

Kelly Clarkson is hosting the show.