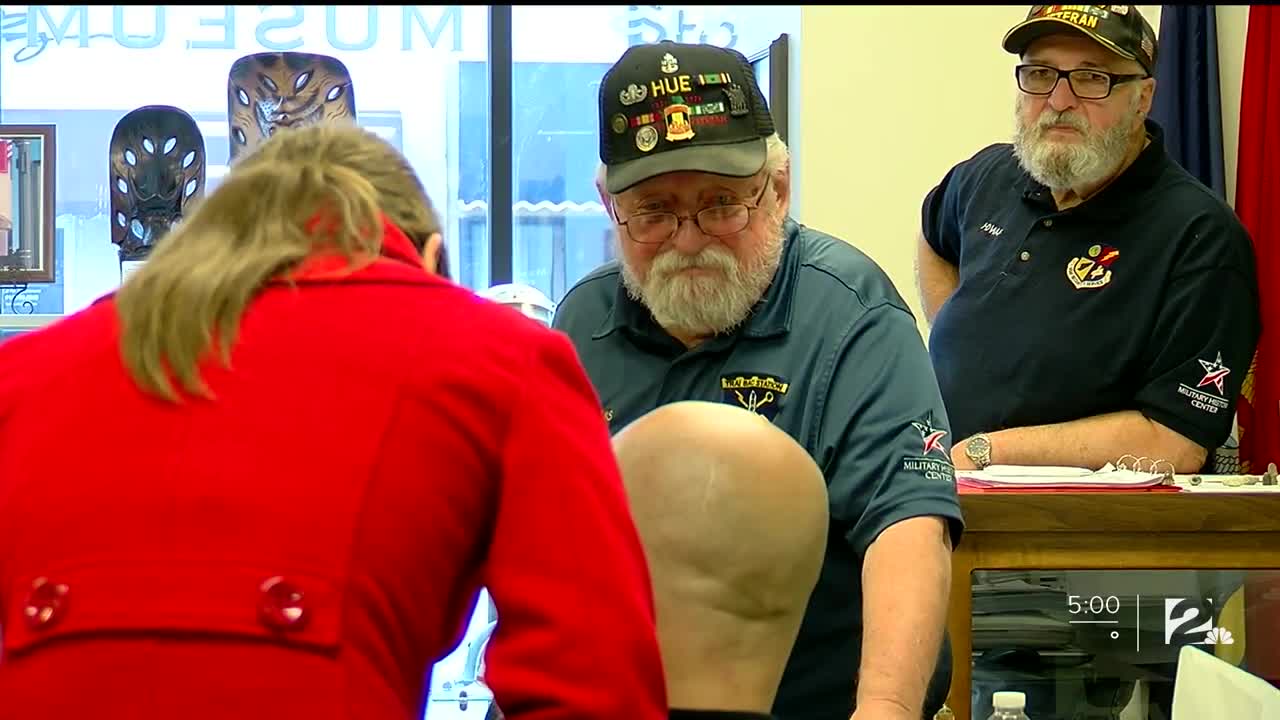 On Monday, it was announced President Trump's budget request included $120 million going to a new downtown Tulsa VA hospital. Veterans who have had to travel out of town and out of state for care say it makes them feel remembered on the state and national level.

One of those veterans is Dennis Hoke, a Vietnam War veteran who usually goes to 41st and Mingo for his appointments. He says if he has to go to the VA medical center in Muskogee he can wait for the shuttle there, but the wait time and parking can be a nightmare.

Hoke was already excited about construction on a new Tulsa VA health care center set to finish up by 2021. Even though there are several steps between now and getting the president's budget approved, he feels there's too much at stake to lose that potential funding.

"It's vitally important. From my experiences in Vietnam, I've got a lot of scars, as a lot of our vets do. It's just the mental thought of, hey they care," Hoke said. "Just to have access to it. It shows me that Oklahoma cares about its veterans."

Disabled American Veterans service officer Royce Caskey says he feels the money will make it through to President Trump's final, approved budget, because of congressional and local support.

"This will be one of the top hospitals in the nation when it's complete," Caskey said. "I'm saying that confidently because we have a commitment of the people to do this."

Caskey says with better access to care in Tulsa, he believes more veterans will enroll in VA healthcare. He estimates more than 1,000 jobs could come to downtown Tulsa with the new hospital, which means between Tulsa and Muskogee he won't have to send veterans out of state to get the long-term mental and physical help they need.