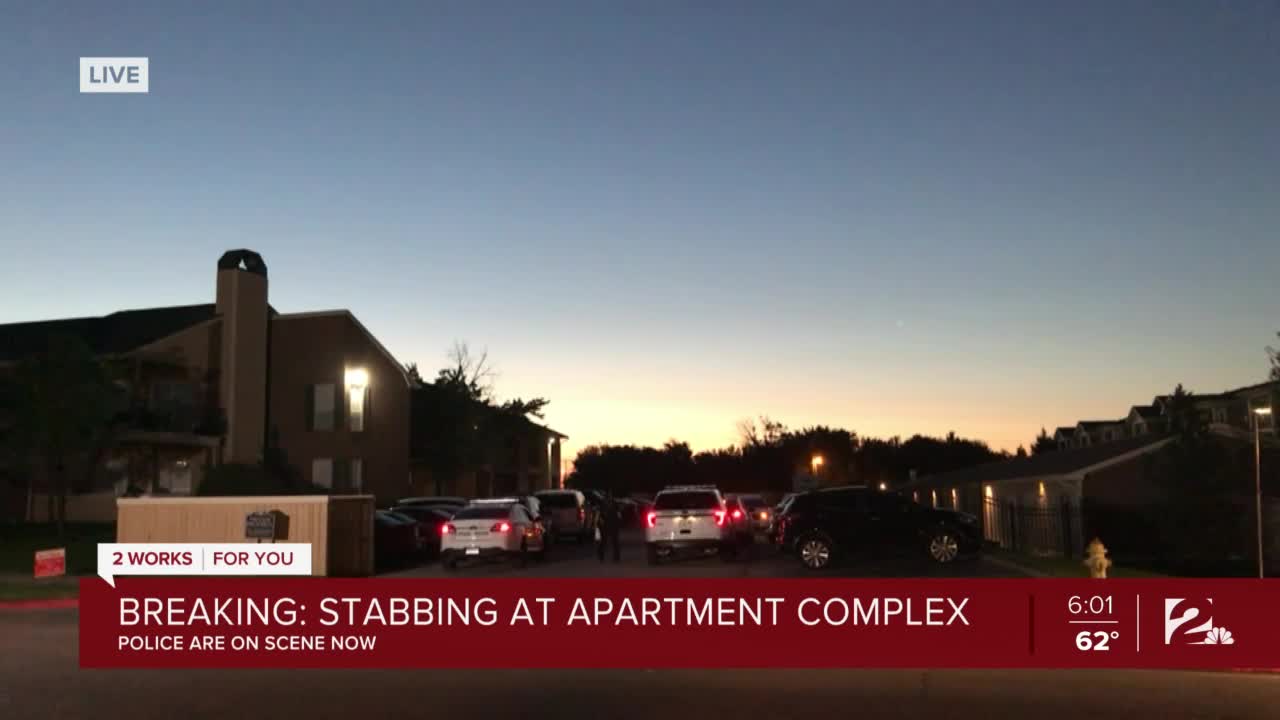 Stabbing at apartment complex in Tulsa

TULSA — Tulsa police said a man is dead after a stabbing at an apartment complex in south Tulsa.

When police arrived, they said they found a man, David Woods, had been stabbed multiple times in the neck and stomach. Woods died at the scene.

Woods was visiting his girlfriend at the Windsail Apartment when a neighbor, Brandon Kemp, came out of his apartment with a large kitchen knife, police said.

Woods is a member of the Cherokee Nation. Therefore, due to the Supreme Court's recent ruling, Muscogee Creek Nation Lighthorse Police Department is taking over the investigation.

Authorities transported Kemp to the hospital to be treated for a gash on his hand.