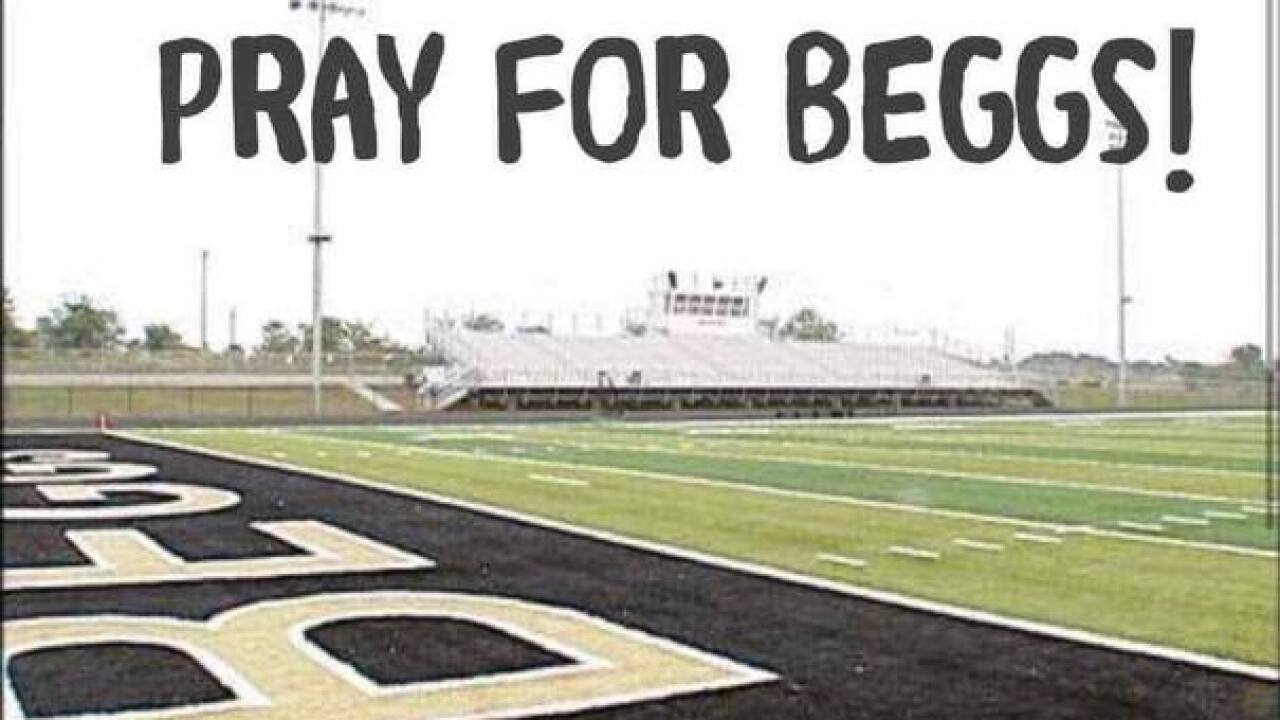 As Oklahomans often do in times of tragedy, people in Sperry are using a commonality -- sports -- to help others heal.

According to a Facebook post, the Sperry High School football team is asking its fans to show support to the community of Beggs, after a player on that team was killed in a triple shooting on Thursday.

Sperry travels to Beggs on Friday night for the regular-season finale for both teams.

Pirates fans are asked to take posters of support, notes of encouragement or bring an angel toy or doll that will be given to Beggs administrators at the game. In addition, the Sperry student section will be wearing white t-shirts bearing the number of Beggs’ senior running back Kayson Toliver.

Toliver’s mother, Amy Leann Hall, is being held on suspicion of murder and two counts of shooting with intent to kill. Toliver died in the shooting, and his two sisters have been hospitalized with gunshot wounds, police say.