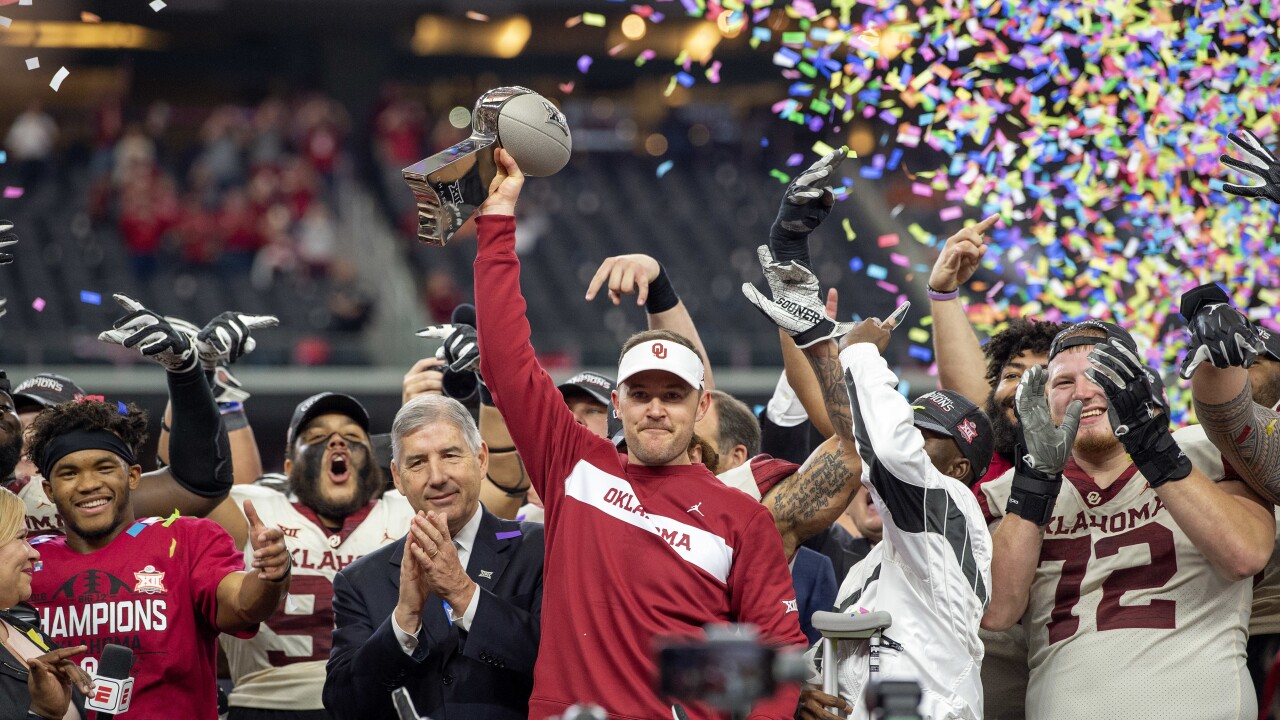 University officials announced Tuesday that the school and Riley have agreed to a contract extension and salary increase.

No NFL for Riley in the near future... @KJRH2HD https://t.co/NNnMfNcMVf

The terms of the contract are still being finalized and are subject to approval by the OU Board of Regents, school officials said.

"We felt it important to extend and amend Lincoln's contract at this time as we want him at the University of Oklahoma for a long time," said OU President James Gallogly. "He is a great coach and role model for our student-athletes. His record of success speaks for itself. Lincoln is also the right representative for our university in such a high-profile position. I am proud to work with him and anxious to support him as he takes our program into the future."

The announcement comes on the heels of the No. 4 Sooners losing to No. 1 Alabama 45-34 in the Orange Bowl Saturday.

Riley took over as head coach in June 2017 when then head coach Bob Stoops retired.