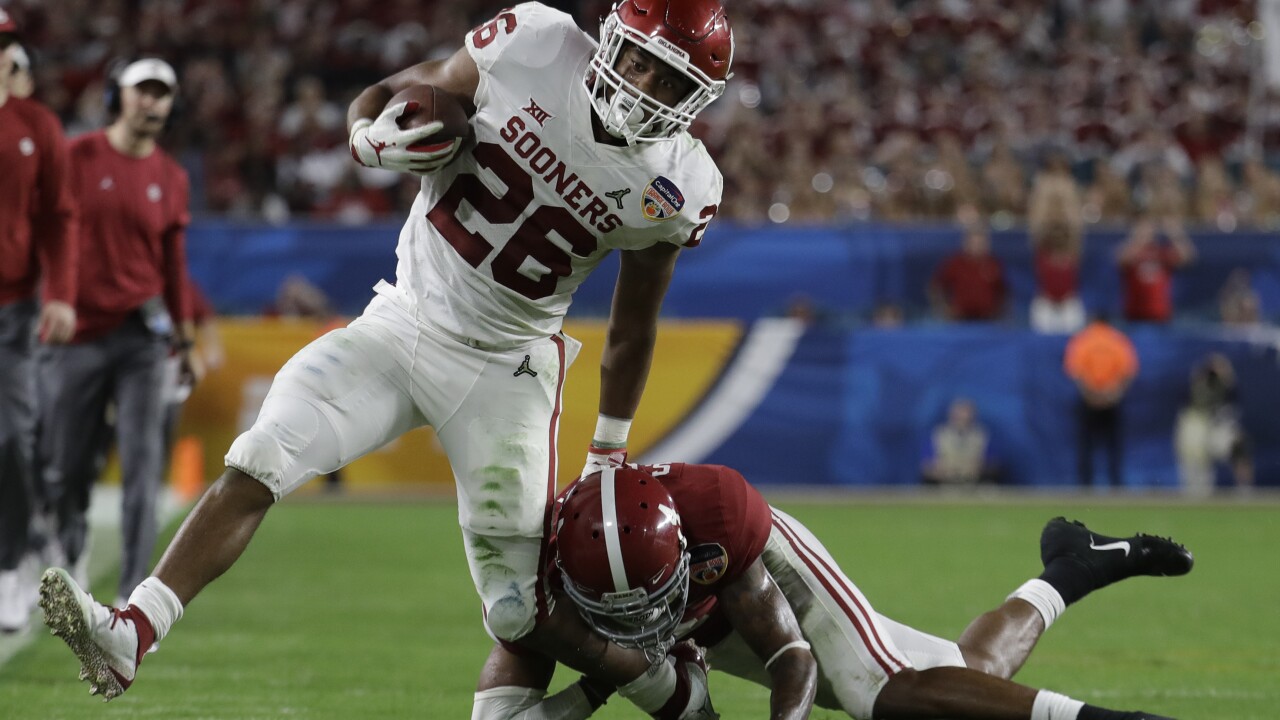 MIAMI GARDENS, Fla. (AP) — Tua Tagovailoa threw for 318 yards and four touchdowns and No. 1-ranked Alabama beat No. 4 Oklahoma 45-34 on Saturday night in the College Football Playoff semifinal at the Orange Bowl.

The high-scoring Sooners (12-2) reached the postseason despite a porous defense that was no match for Alabama's diverse attack, and the Crimson Tide led 28-0 after only 17 minutes.

Alabama (14-0) advanced to the national championship game for the fourth consecutive season and will play Jan. 7 in Santa Clara, California, against familiar foe Clemson, which beat Notre Dame 30-3 in the Cotton Bowl. Clemson, ranked No. 2, and Alabama will face off in the playoffs for the fourth year in a row, and have split two title games.

Tagovailoa completed 24 of 27 passes, with scores to four receivers.