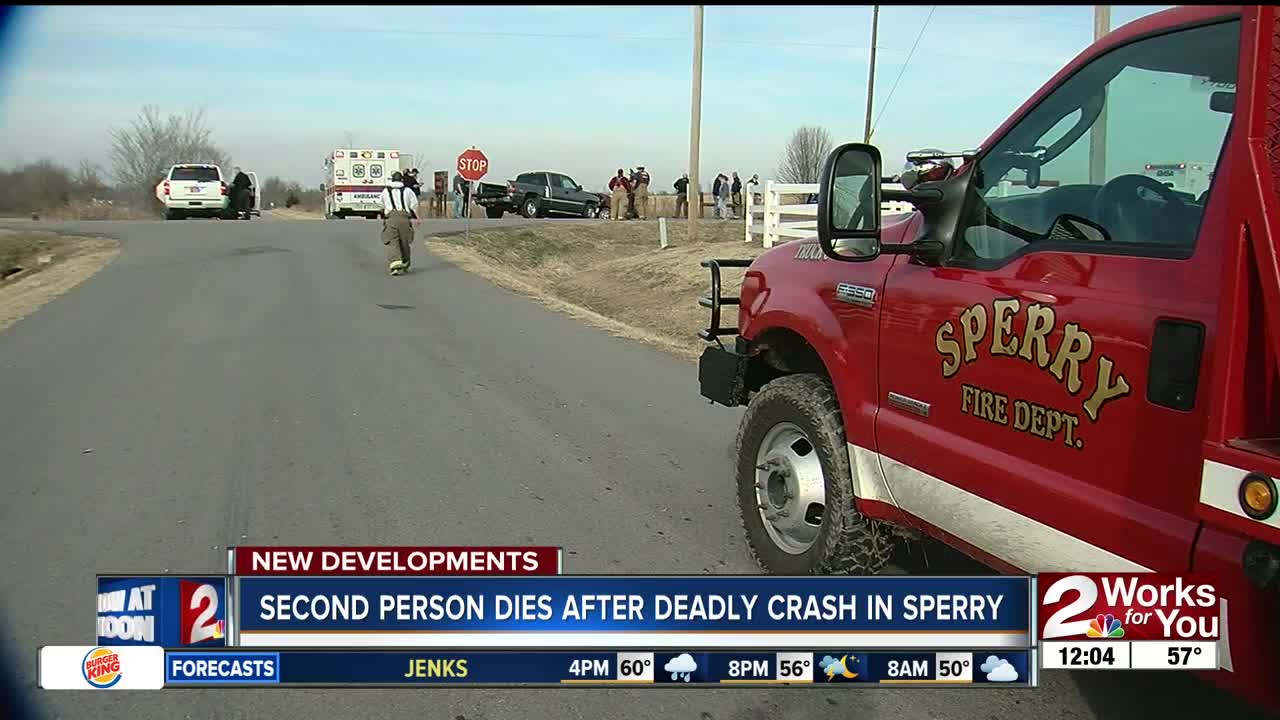 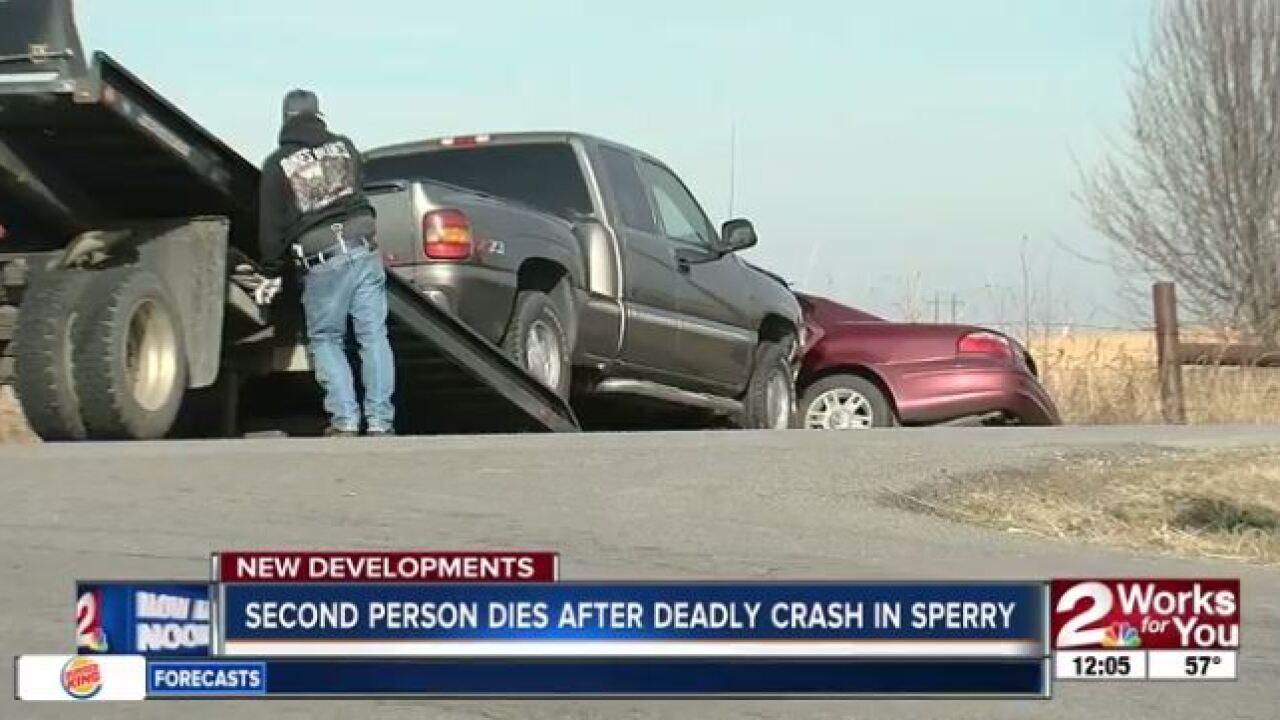 SPERRY — A second person is dead after a fatal crash near Sperry.

Oklahoma Highway Patrol troopers say a sedan crashed into a truck after failing to yield at an intersection near Sperry on Christmas Day.

Troopers believe the driver, Terry Lynn Bumgarner, 55, may have been under the influence--and is now the second person who has died.

Two other people inside the car were treated at a local hospital and released.

The pick-up driver was not seriously hurt.