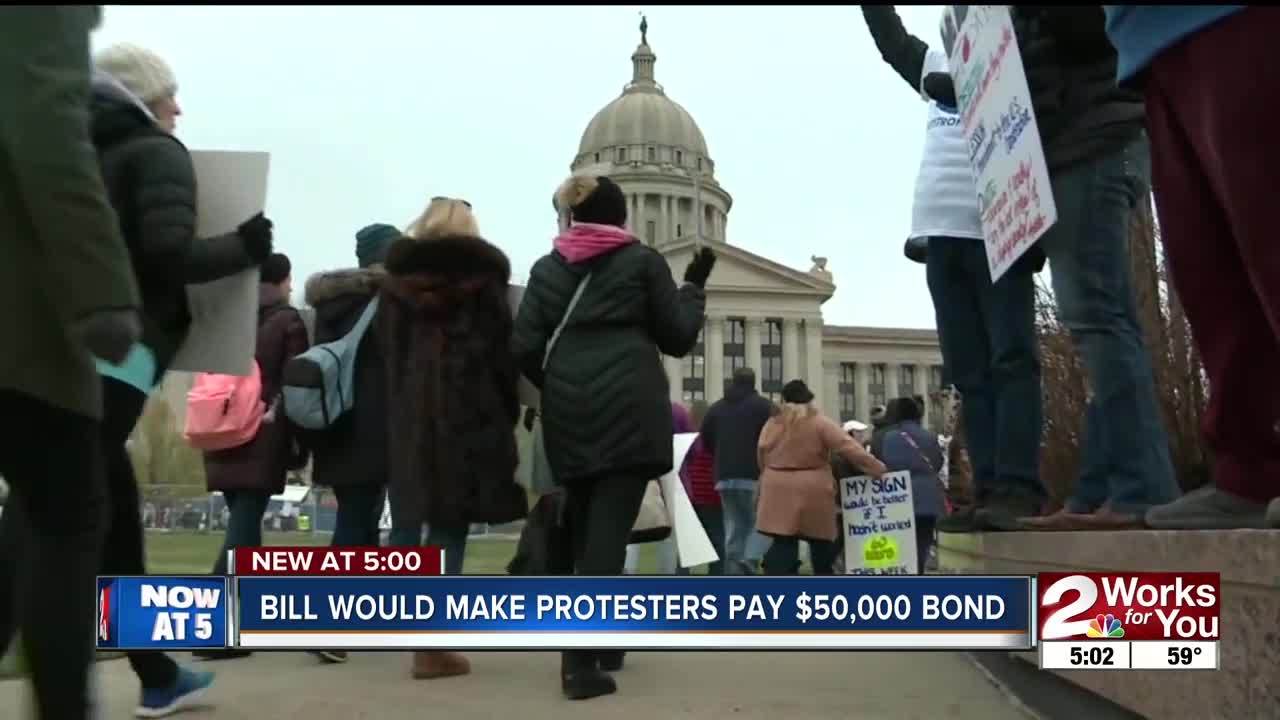 A new senate bill would require any organization or group of more than 100 people who protest at the State Capitol to pay a $50,000 bond to offset cleanup costs. 2 Works for You Reporter Gitzel Puente looked at the language of the bill and breaks it down. 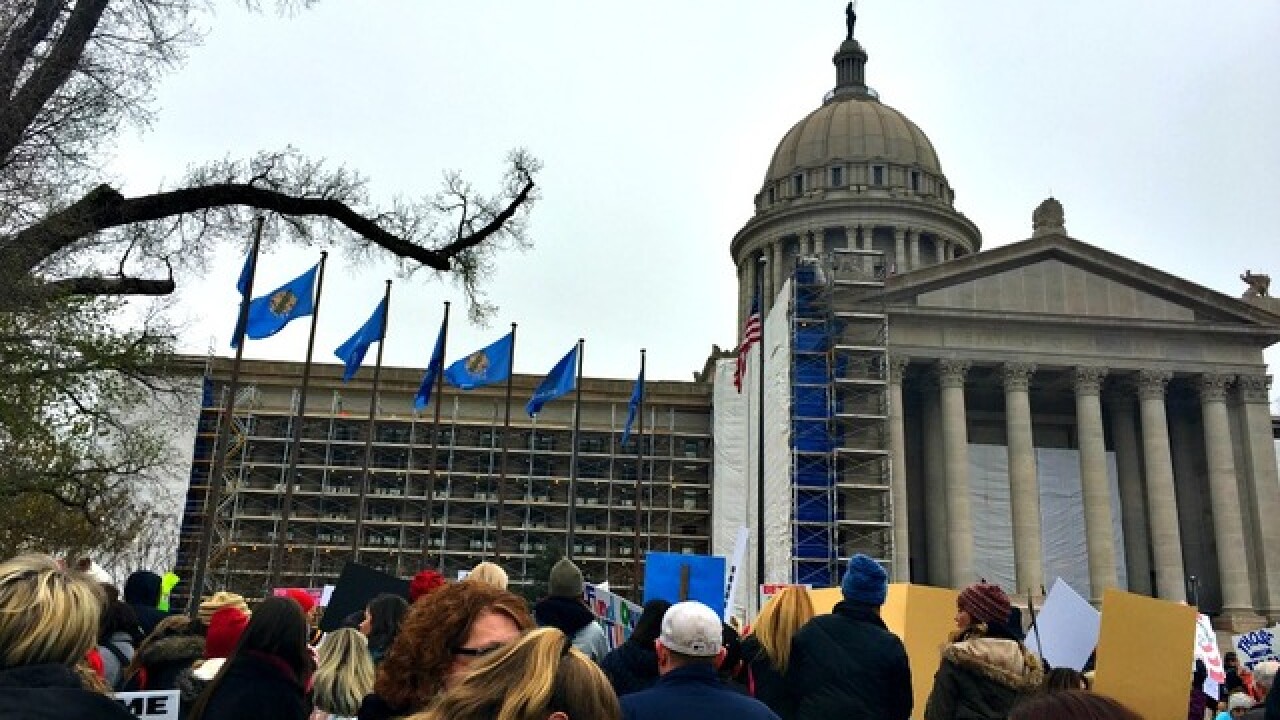 OKLAHOMA CITY, Okla. — A new bill in response to Oklahoma's teacher walkout in April would force protesters who gather at the Oklahoma Capitol to post a $50,000 bond.

Senate Bill 592 , authored by Senator Mark Allen (Republican - District 4), would require "Any organization or group of one hundred or more persons that engages in an organized protest at the State Capitol building shall be required to post a bond of Fifty Thousand Dollars ($50,000.00) with the Oklahoma Capitol Improvement Authority in order to offset the cost of additional security, clean up and repairs.”

The first reading of the bill will come after February 4 when the state legislature reconvenes for its first session this year.

The bill is not sitting well with the "Tulsa Classroom Teachers Association" (TCTA), a group that supported the walkout.

In response, Senator Allen said this is "not interrupting the first amendment right" for groups to protest, but rather make sure they leave capitol grounds the same way as they were found. He added this is not a retaliation against teachers or any organization.

April's nine-day walkout cost about $135,000 in cleanup efforts, extra personnel and repairing damage on the grounds, according to the Office of Management and Enterprise Services.

A total of 1,040 senate bills were filed for the first session.