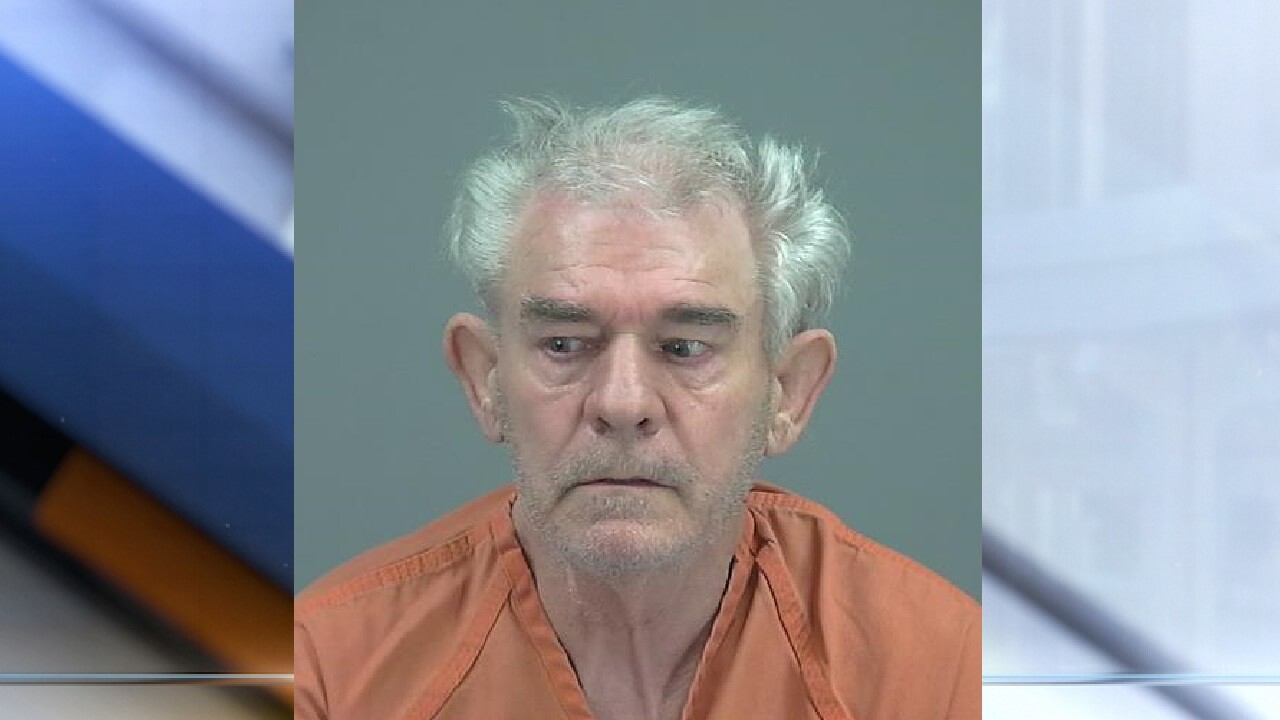 ELOY, Ariz. — We're learning more after an Arizona police officer pulled over a vehicle on Monday and found a Sand Springs man traveling with his dead wife in the passenger seat.

We now know an alert fast-food employee is credited with helping give authorities a heads up in this strange case.

“That’s when I see the lady in there,” Carls Jr. employee Maria Davis said. “She was completely naked, the way she was face down, laying down. I [saw] the color of her feet were like purple.”

Police say 70-year-old Rodney was arrested after stopping for food in Eloy, Ariz., which is about 45 minutes northwest of Tucson.

“I've been in law enforcement and with the Eloy police department for 17 years, and this is the most bizarre case I have ever seen in Eloy,” Sgt. Kristie Barnette said.

Eloy police say an officer pulled over Puckett's vehicle and found his wife, 74-year-old Linda Puckett, naked, dead and upside down in the passenger seat.

Rodney allegedly told police Linda died at a hotel in El Paso while headed to California.

“[He said he] tried to wake her up, couldn't wake her up, he loaded her on a luggage cart and proceeded to place her in his vehicle,” Barnette said.

El Paso and Eloy police are investigating the death, but court records show the both of them filed for protective orders months ago in Tulsa County District Court, and it also appears they were in the middle of a legal separation, according to records.

In another strange twist, Rodney, who Oklahoma authorities have said is bipolar, also was reported missing in April, and a Silver Alert was canceled a week later when he was located in a Kansas jail for reportedly eluding police.

But on Monday in Arizona, he rolled up to a restaurant after loading Linda’s body in the car, police say.

“He was normal, really normal about it; he was calm... Ordered his food,” Davis said.

Davis works at the Carls Jr. near Toltect Road and Interstate 10, just feet away from where the traffic stop took place. She says Rodney first came through the drive-thru and ordered food, wearing only underwear.

Then she noticed Linda -- naked in the passenger seat.

Davis says an Eloy police officer happened to walk into the restaurant and was alerted to the situation. Rodney was pulled over after leaving the drive-thru.

“Scared, I was shaking, my heart was pounding super fast, like shaking about it,” Davis said.

Puckett was arrested for abandonment or concealment of a body. We’re told the medical examiner’s office in Arizona issued a preliminary report saying it found blunt force trauma to Linda’s body. However, the ME, has not determined the cause and manner of death until they receive toxicology results.