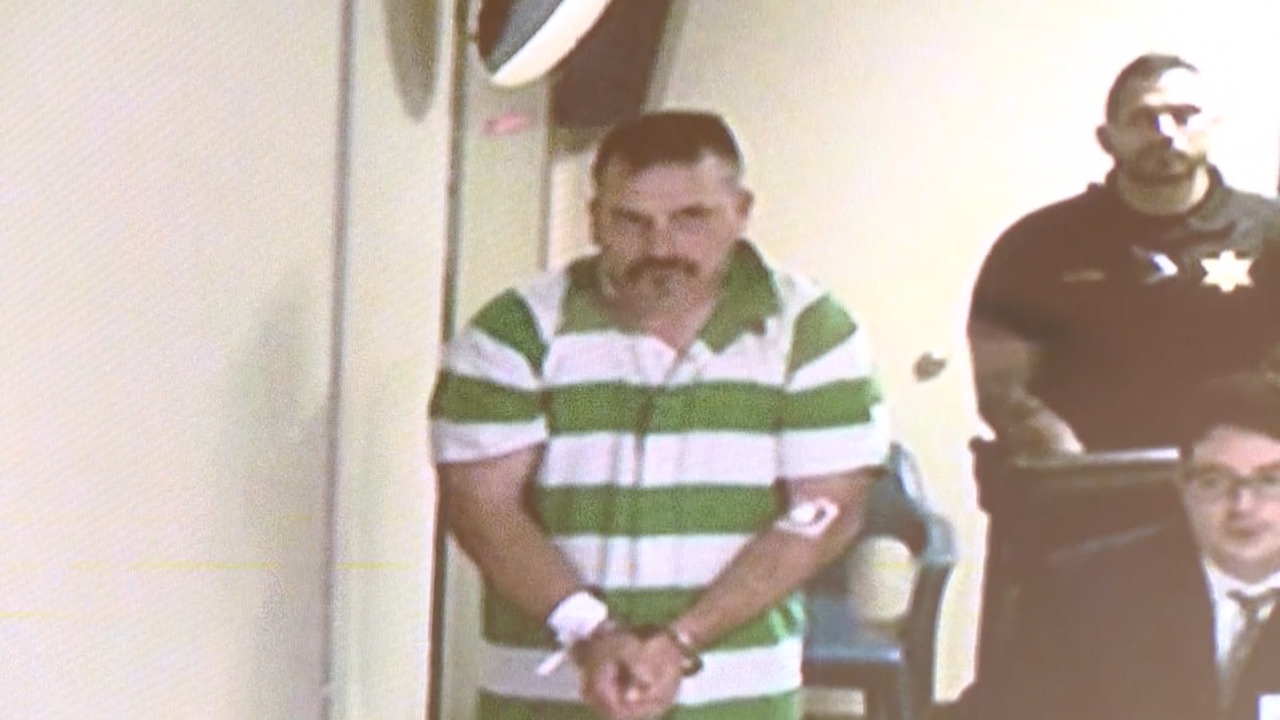 Michael Patrick Nealey, the officer arrested in connection to killing his boss, Mannford Police Chief Lucky Miller, in a hotel room in Pensacola, Florida, is scheduled to be in court on Wed. April 8.

Court records show that Nealey is waving all appearances in further proceedings and authorizing his attorney to appear on his behalf.

In November of 2019, the Escambia County Sheriff's Department arrest report says sheriff's deputies were called out to the Hilton Hotel at 12 Via DeLuna Drive in Pensacola Beach, Florida at 9:50 p.m. on a Sunday night.

Witnesses told police that they heard people in the room Nealey and Miller were in, laughing, yelling, and making other loud noises that night.

Other witnesses told deputies that they heard someone in the room make a "roaring noise," and a voice yelling, "Stop it, Mike!" multiple times.

Witnesses told deputies that the sounds they heard grew loud then quieter, before stopping all together.

When deputies opened Nealey and Miller's room door, the deputies found Miller on the ground with his face beaten and his right eye completely swollen, with Nealey sitting on top of him.

After deputies pulled Nealey off of Miller, they found Miller had no pulse.

Nealey was taken to Sacred Heart Hospital and treated for injuries to his nose and lip, which deputies say he sustained after hitting his head on the floor after he was pulled off of Miller. Arrest report documents also say Nealey's right hand was swollen and red.

According to Escambia County Court documents, Nealey is being charged with murder without premeditation in connection to the death of Lucky Miller.