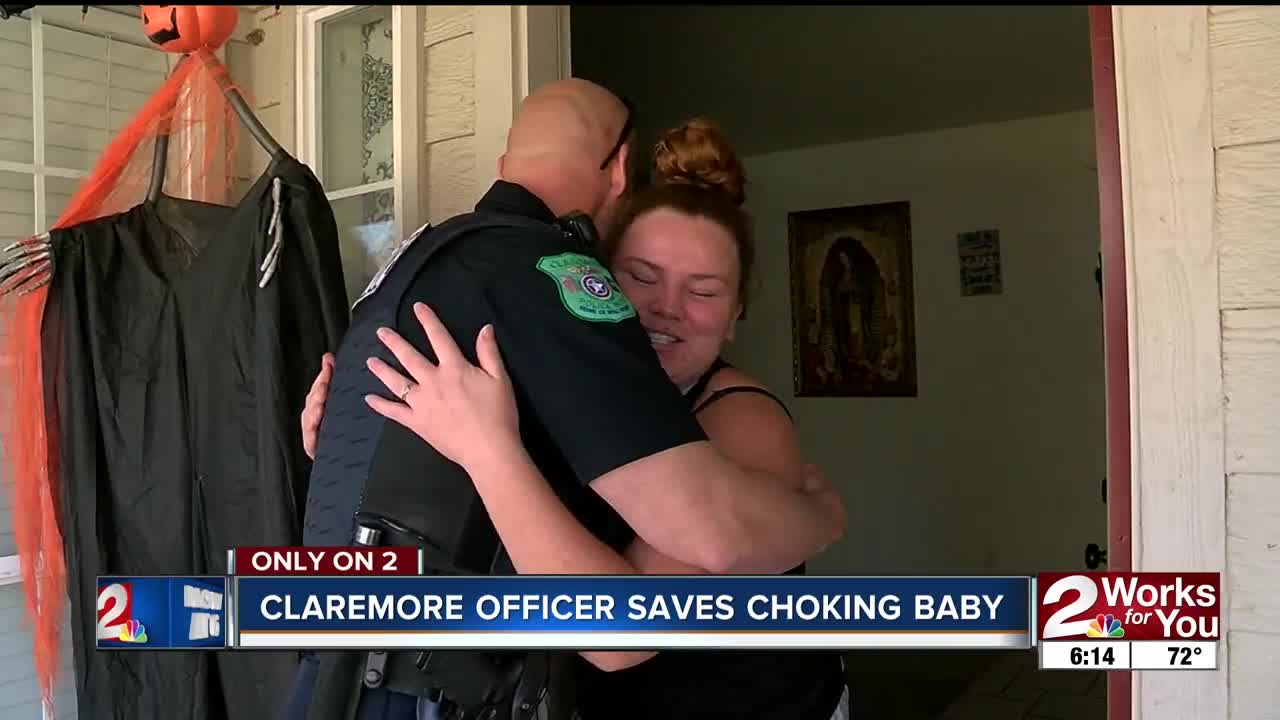 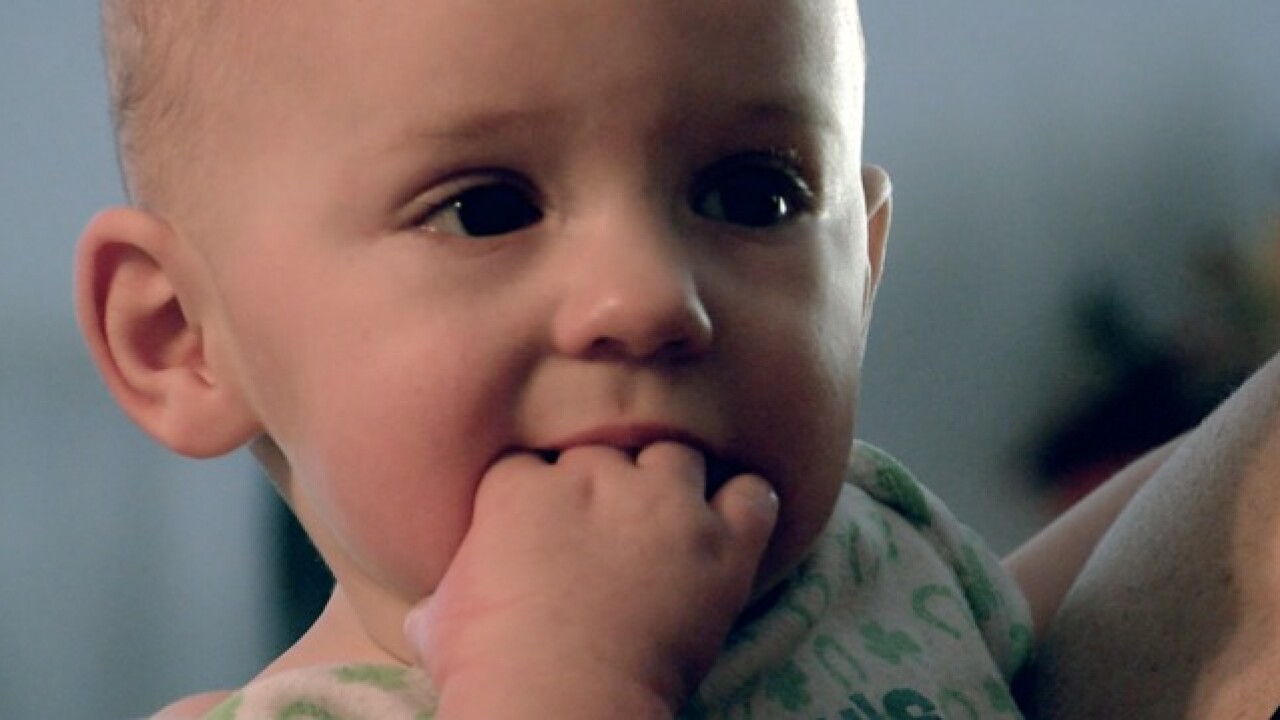 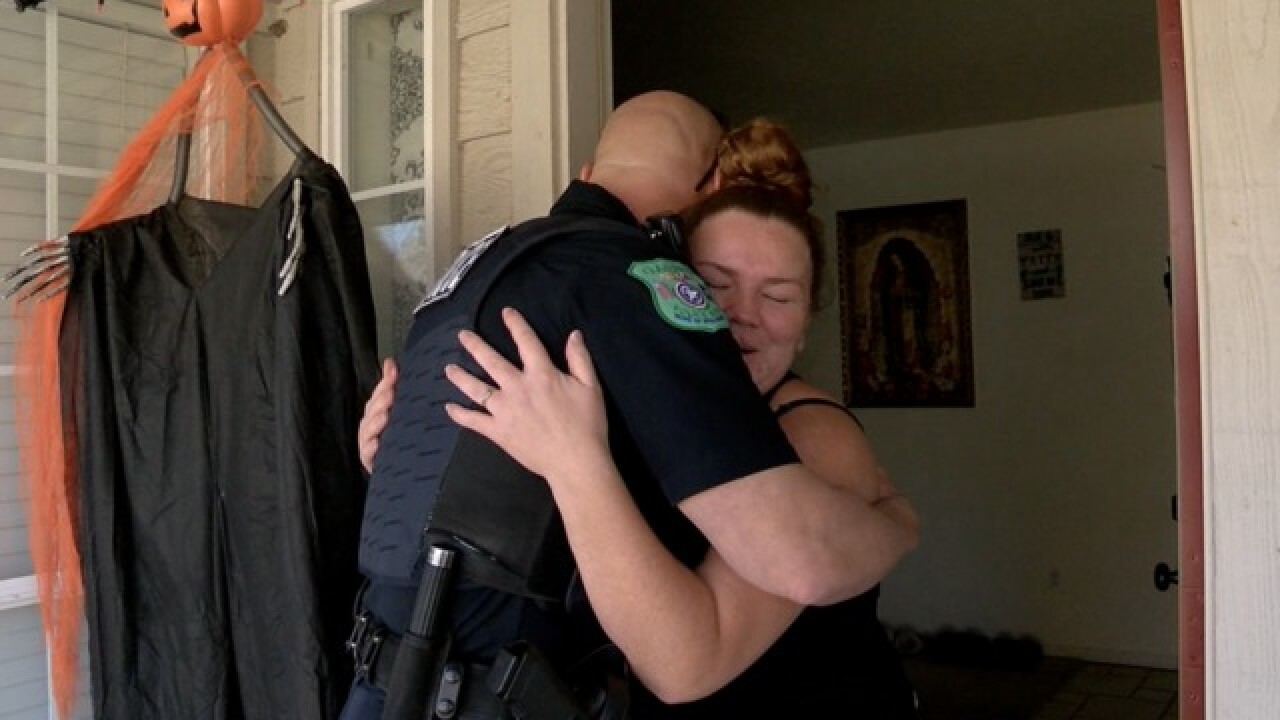 By: Laurene Callander
Posted at 6:12 PM, Oct 23, 2018
CLAREMORE, Okla. -- Families decorating their homes for the holidays should be aware of some of the items they place in the house. It could be a choking hazard for your child.
That nightmare became a reality for a Claremore mother Monday morning, with her seven-month-old, Jesse.
"I went to move him and he just started puking and I didn't know... and he started to act like he started choking kind of," said Hannah Norman, Jesse's mother.
Hannah Norman spotted a police vehicle outside her window, and rushed Jesse to the officer.
"I flipped him over and did the five pats on the back," said Officer Brian Burnett, with the Claremore police department.
He says he used the techniques he just covered in a refresher course.
"Immediately when I took that child it was like I was back doing those drills at the fire department," said Officer Burnett.
Jesse was barely breathing, and excessively drooling, but after a few minutes of Officer Burnett performing those techniques, something came up.
"She says 'I see it' and she reaches in the baby’s mouth and pulls out a little pumpkin confetti decoration," said Officer Burnett.
Officer Burnett credits the training he received on the job, and says every parent should learn CPR, too.
"I just want to say thank you, you saved my baby, like I said, if he wasn't out there I don’t know what would’ve happened," said Norman.
We spoke with a physician at St. John Urgent Care about the signs of choking with babies and children, and what parents need to know to keep their kids safe especially during the holidays. You can find the full interview here.