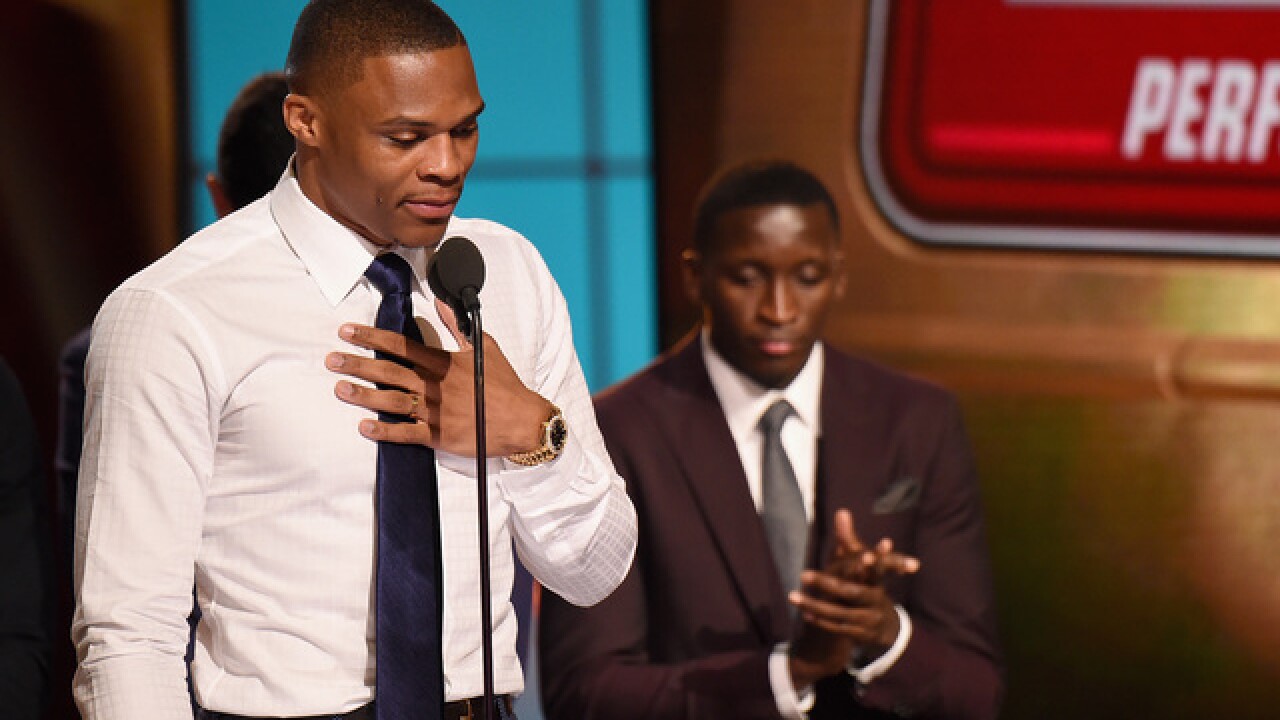 In a note, Jordan wrote to Westbrook, "Congrats, Russell. I got my first MVP award before my first ring, too... Keep going!"

In a comment on his YouTube channel, Durant, the NBA Finals MVP, said "Huge congrats to Russell Westbrook on MVP, that boy went out there and was a created player on 2k all year, F---in balled out. Gotta respect it!"

Westbrook was also featured in two new commercials after he took home the MVP award. Click here to view the commercials.