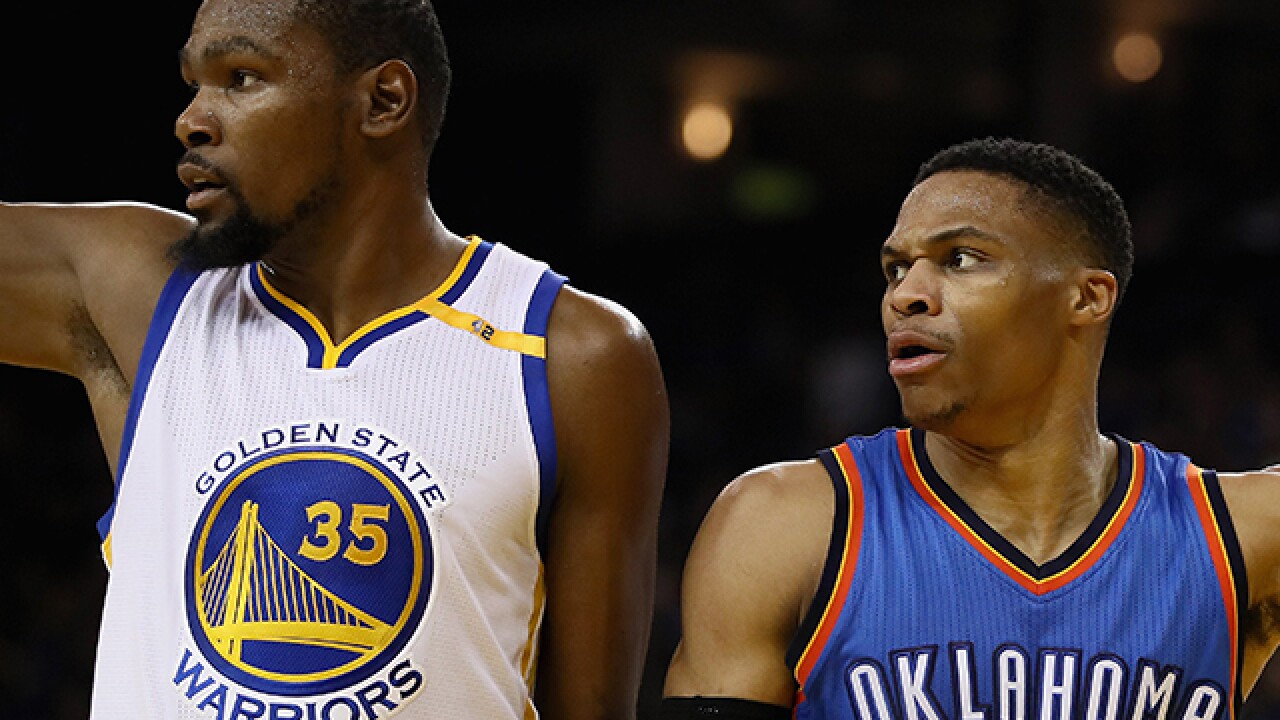 Copyright 2017 Scripps Media, Inc. All rights reserved. This material may not be published, broadcast, rewritten, or redistributed.
Ezra Shaw
<p>OAKLAND, CA - JANUARY 18: Kevin Durant #35 of the Golden State Warriors and Russell Westbrook #0 of the Oklahoma City Thunder point in different directions after the ball went out of bounds at ORACLE Arena on January 18, 2017 in Oakland, California. NOTE TO USER: User expressly acknowledges and agrees that, by downloading and or using this photograph, User is consenting to the terms and conditions of the Getty Images License Agreement. (Photo by Ezra Shaw/Getty Images)</p>

During the segment, Perkins said Durant had a conversation with Westbrook after Westbrook broke the NBA record for triple-doubles in a season in April. The conversation came after the two had not officially spoken since Durant left in free agency for the Golden State Warriors.

New Russell Westbrook commercial: 'Home is where my journey takes me'

"I think the night that Russ actually broke the record, I had texted KD," Perkins said. "The next day, he was talking about something and he sent me a text and was like, 'Me and Russ had a nice conversation,'" Perkins continued.

Watch the segment by clicking here, or below:

Perkins said he also wouldn't rule out Durant's return to the Thunder at some point.