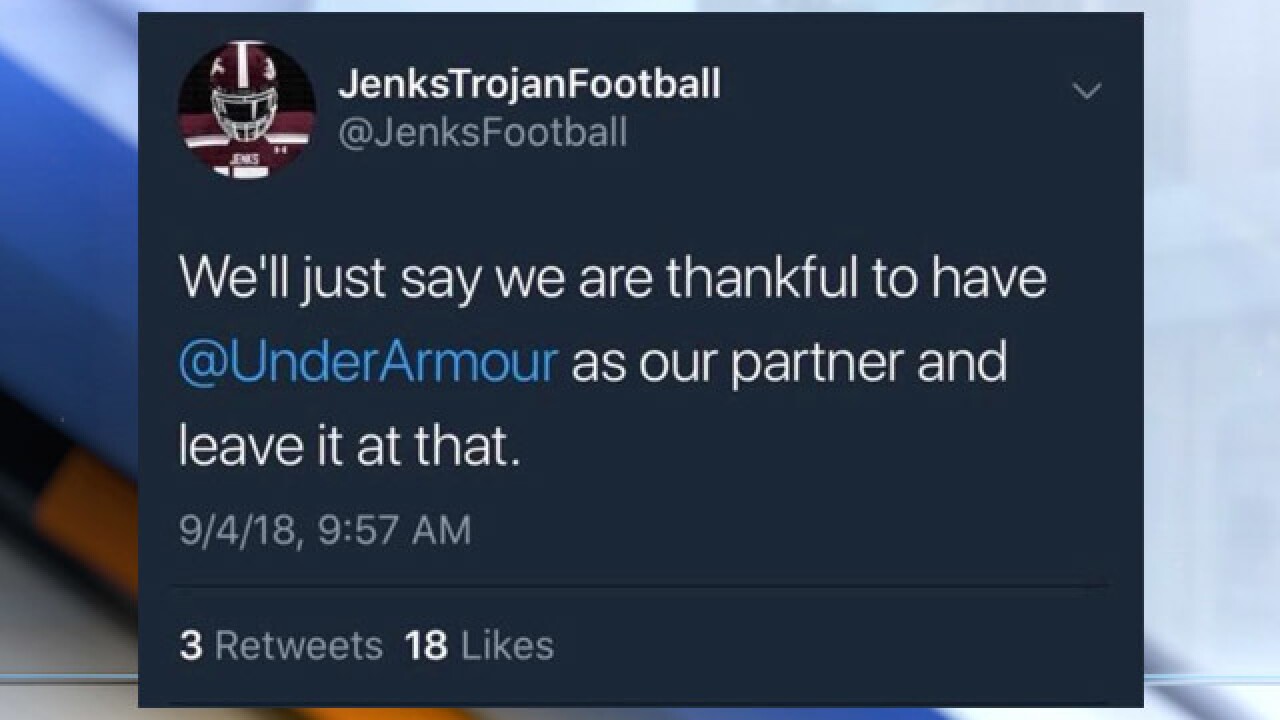 JENKS Okla. -- The Jenks school district has condemned a tweet sent by a Jenks football Twitter account, which referenced the Nike ad campaign featuring Colin Kaepernick that has caused some controversy.

"We'll just say we are thankful to have @UnderArmour as our partner and leave it at that," wrote the Twitter account at 9:57 a.m.

Nike's new "Just Do It" ad campaign features free agent quarterback Kaepernick as the face, and reads, "Believe in something. Even if it means sacrificing everything."

Parents within the district reached out to 2 Works for You with complaints about the tweet.

The school district issued a statement about the tweet, which it called "completely inappropriate."

All accounts managed by District personnel seek to only promote the achievements of students and staff, and to share positive, informative messages with the entire Jenks community. The account was created by an individual intending to promote the Jenks Football program. However, the account was created without the knowledge or consent of a Jenks administrator, coach, or employee. An account using the Jenks name, colors, or logos, should never be used as a platform for political or religious statements.

Jenks Public Schools and the Jenks Athletic Department are committed to creating an environment of inclusion, diversity, and accountability for all students to learn and to compete.”