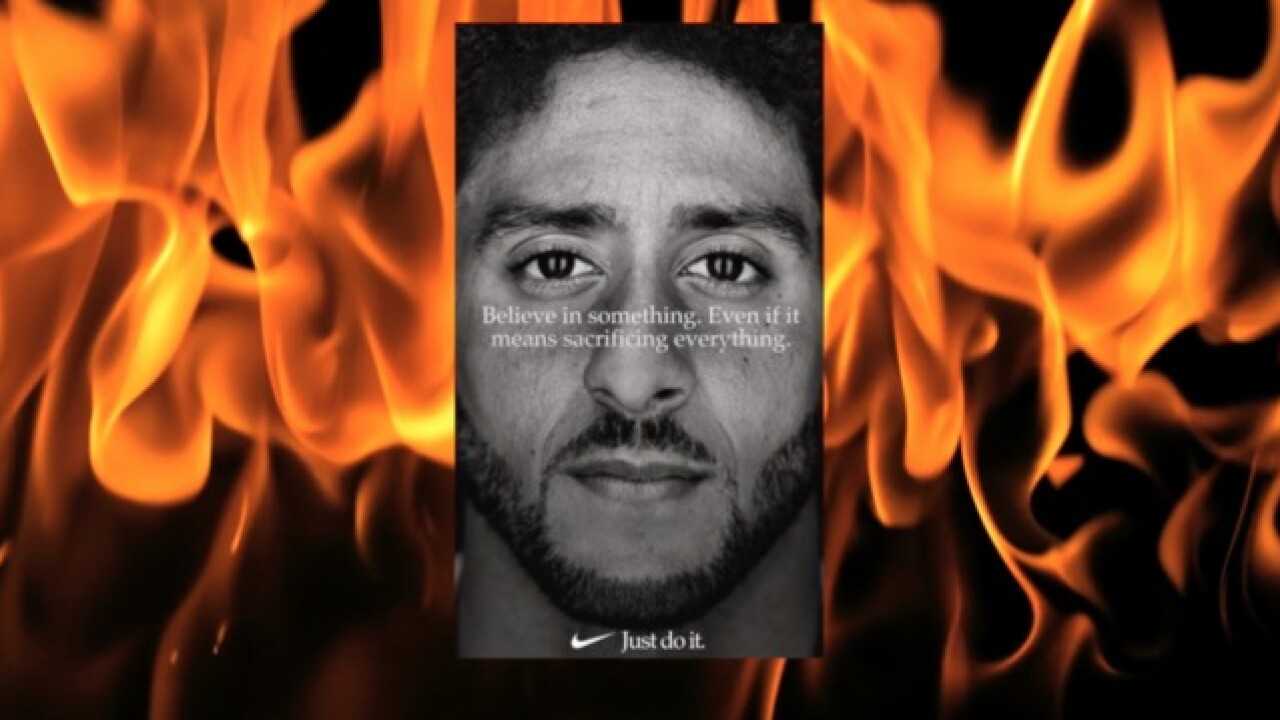 Nike's new "Just Do It" ad campaign making a lot of noise. The ad shows free agent quarterback Colin Kaepernick as the face. The controversial ad reads, "Believe in something. Even if it means sacrificing everything."

Kaepernick made national headlines two years ago, when the then-49ers quarterback refused to stand for the National Anthem in protest of the violence against people of color by the police.

Now, the hashtag #BurnNike is blowing up on social media after Nike made Kaepernick the face of their latest ad. People like Sean Clancy took to social media to post videos of them lighting their Nike shoes on fire.

Our Soundman just cut the Nike swoosh off his socks. Former marine. Get ready @Nike multiply that by the millions. pic.twitter.com/h8kj6RXe7j

There's even a photo being shared on social media that replaces Kaepernick with a picture of Pat Tillman, a NFL player who enlisted in the Army after 9/11. He died while serving in Afghanistan, and some people are saying he sacrificed more than Kaepernick.

Although there's plenty of backlash against Kaepernick and Nike, several high-profile people are speaking up for the athlete and the athletic company.

Steve Marmel, TV writer and producer, spoke out against the burning of Nike apparel.

If you burn/destroy clothes and shoes instead of bringing them to a veteran charity, don’t talk patriotism or honoring vets.
You are throwing away something SOMEONE you say you respect needs to be spiteful and look cool on social media.
It proves your outrage a lie.#NikeBoycott

Even sports stars like Serena Williams is speaking out. She posted a throwback photo of her old Nike ad in support of the company's decision to feature Kaepernick.

Especially proud to be a part of the Nike family today. #justdoit pic.twitter.com/GAZtkAIwbk

Lebron James even posted about it on his Instagram page.

Nike is the leading sponsor of the NFL, which adds to the controversy. This Thursday, is the kick off to the NFL season.