Georgia-Pacific employees will be able to return to work on Monday, official says 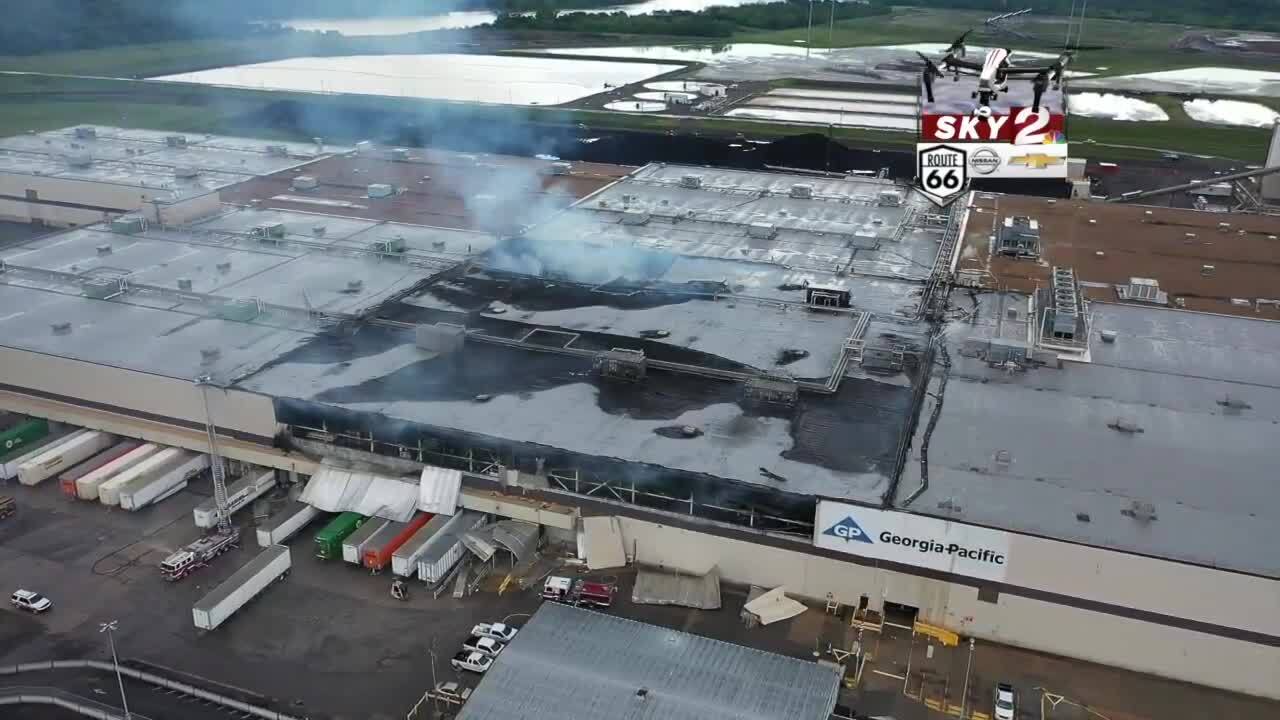 MUSKOGEE, Okla. — Georgia-Pacific officials said on Thursday that all employees will start to return to work next week, after a propane truck appeared to explode on Monday night and sparked a major fire.

According to a spokesperson, workers will come back on their normally scheduled day beginning May 20.

The Muskogee paper plant is the largest industrial employer in the town with 800 employees, but including subcontractors it's about 3,000 workers. The massive fire caused some to worry they may be missing several days of work or possibly out of a job, but public affairs manager Tom Strother says that isn’t happening.

"You can rebuild machines, you can rebuild buildings, people are your No. 1 resource and your No. 1 priority, and we’re just thankful we were able to get everyone out alive," Strother told 2 Works For You.

The incident resulted in only a handful of people having to be treated for things like smoke inhalation.