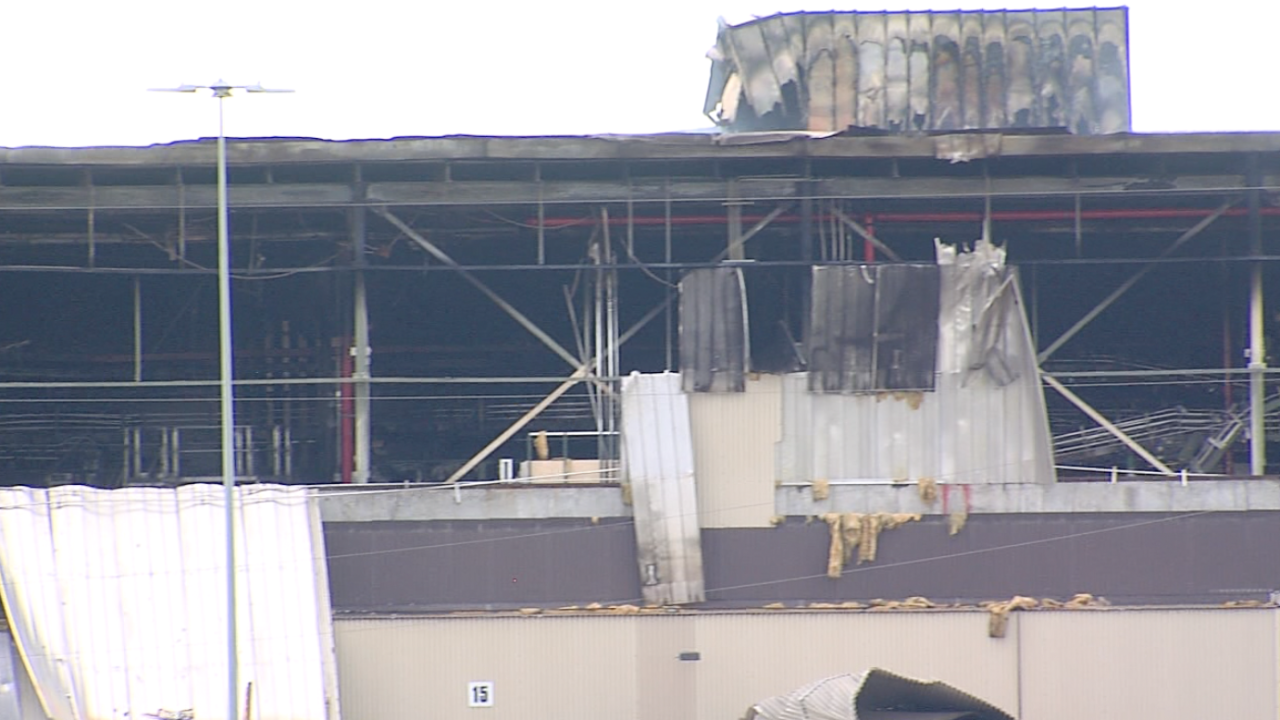 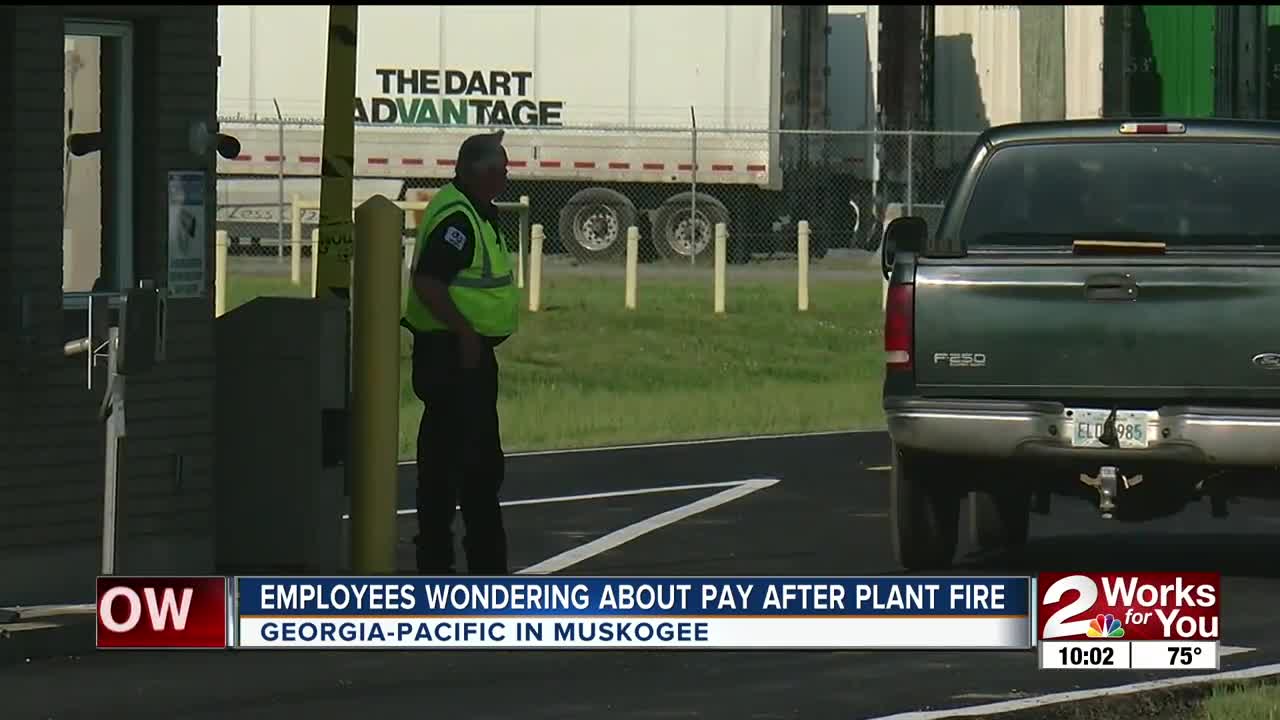 MUSKOGEE, Okla. -- Hundreds of Georgia-Pacific employees are left wondering when their next pay check is coming in after a massive fire ripped through the paper plant in Muskogee Monday night.

"Once we’re inside the building we’ll be able to kind of assess where we are, what’s next, and what our next steps will be," said Tom Strother, Public Affairs Manager of Georgia-Pacific in Muskogee.

While some employees were allowed back in the power plant and pulp area, hundreds are left looking at the destroyed buildings wondering when it'll be safe to come back to work.

"Surreal, we seen the truck go on fire and at that time we were evacuated," said Terry Duvall, Machine Operator at Georgia-Pacific.

Terry Duvall rushed out of the Georgia-Pacific plant in Muskogee Monday night, along with his coworkers.

"The most important thing is nobody lost a life which is extremely ironic because you can see the devastation and how bad it was that nobody did get hurt," said Duvall.

Georgia-Pacific is the fourth largest employer in Muskogee, and the largest manufacturer. It has a total of 800 employees, but including subcontractors it's about 3,000 workers.

"We take it day by day, the mill is keeping in contact with us, letting us know any updates and when we can go back in and when it’s safe to anyway," said Duvall.

65 employees work in the converting area per shift, and with four total shifts, 260 are affected by the shut down of operations.

"Our number one goal is to minimize any impact on our employees or families or anything like that so as we ease back to operations certainly we’ll have a plan for that but until we get on the ground and see what we’re facing, we just don’t really know at this point," said Strother.

While some may be worried about potentially missing several days of work, Duvall says the plant is taking care of their employees.

Strother says if they had to build again from scratch, it would cost $2 billion. As the 45th largest manufacturer in Oklahoma, they have an estimated economic impact of $250 million every year.