Father of missing toddlers speaks out 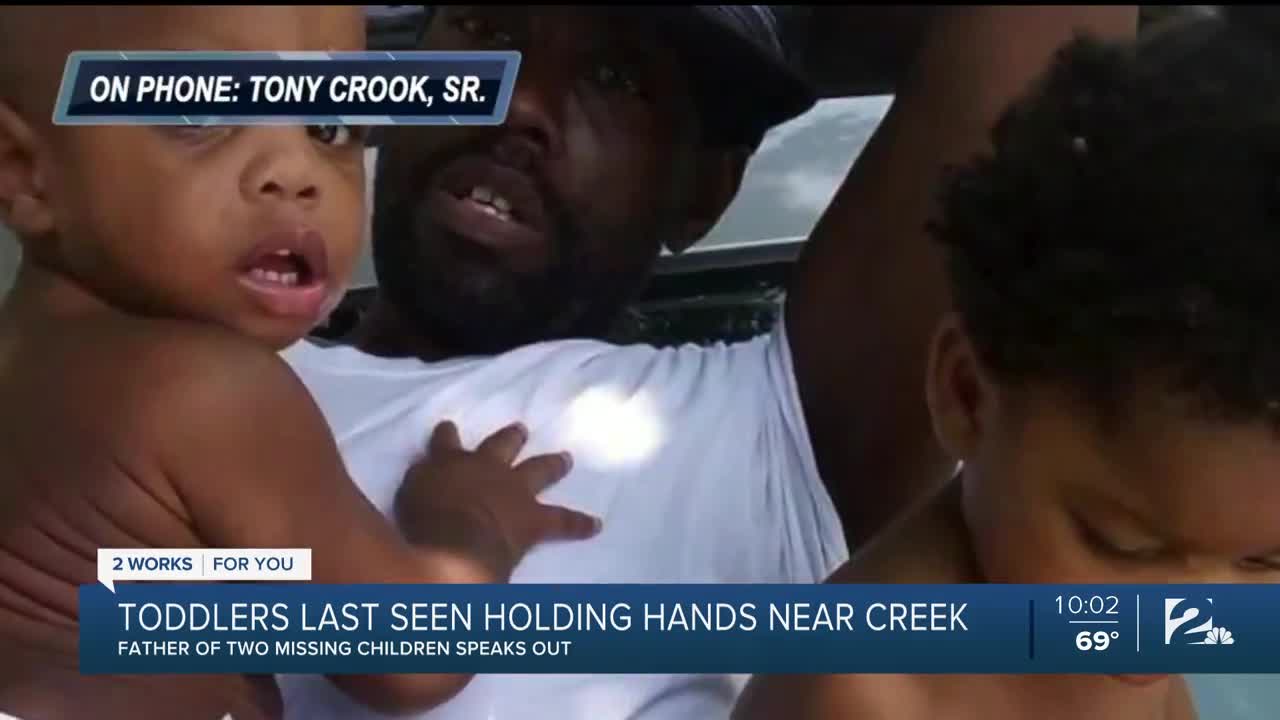 Father of missing toddlers speaks out

TULSA, Okla. — A heartbreaking turn of events in the search for two missing Tulsa children.

Tulsa police said they’re now working to recover the bodies of Miracle and Tony Crook, Jr. The siblings have been missing since Friday. They were last seen walking toward the Mingo Creek behind their apartment complex.

Now their father, Tony Crook, Sr., is speaking out. He's been unable to search for his children because he's currently in the Rogers County Jail. But, he's still holding out hope they'll be found alive.

“I don’t believe that my babies are dead," Crook, Sr. said in a phone interview. "I’m not believing that.”

The children's mother, Donisha Willis, was the last to be seen with Miracle and Tony Jr. She's now charged with child neglect and assault and battery of a police officer.

The children were last seen on surveillance going down steps toward Mingo Creek behind their apartment complex. Their father is devastated he can’t look for his children.

Meanwhile, other family members were following search teams along Mingo Creek Tuesday afternoon. Boats and dive teams scanned the water for any sign of Miracle and Tony Jr.

The family unable to do anything but wait.

“It’s unbelievable," said Tiffany Wallace, Crook Sr.'s cousin. "You always hear about other families, other people. You never think and pray that it happens to your family, but here it is. We’re facing this and we’re just trying to hold it together.”

Following the news, volunteers who were searching for the children gathered together to say a prayer.

As the search for the children continues, their father said he’s thankful for everyone’s time and effort to find them, and he’s not giving up yet.

Police said they aren't giving up the search until Miracle and Tony, Jr. are found.