Demonstrators march near 4th and Boulder in downtown Tulsa 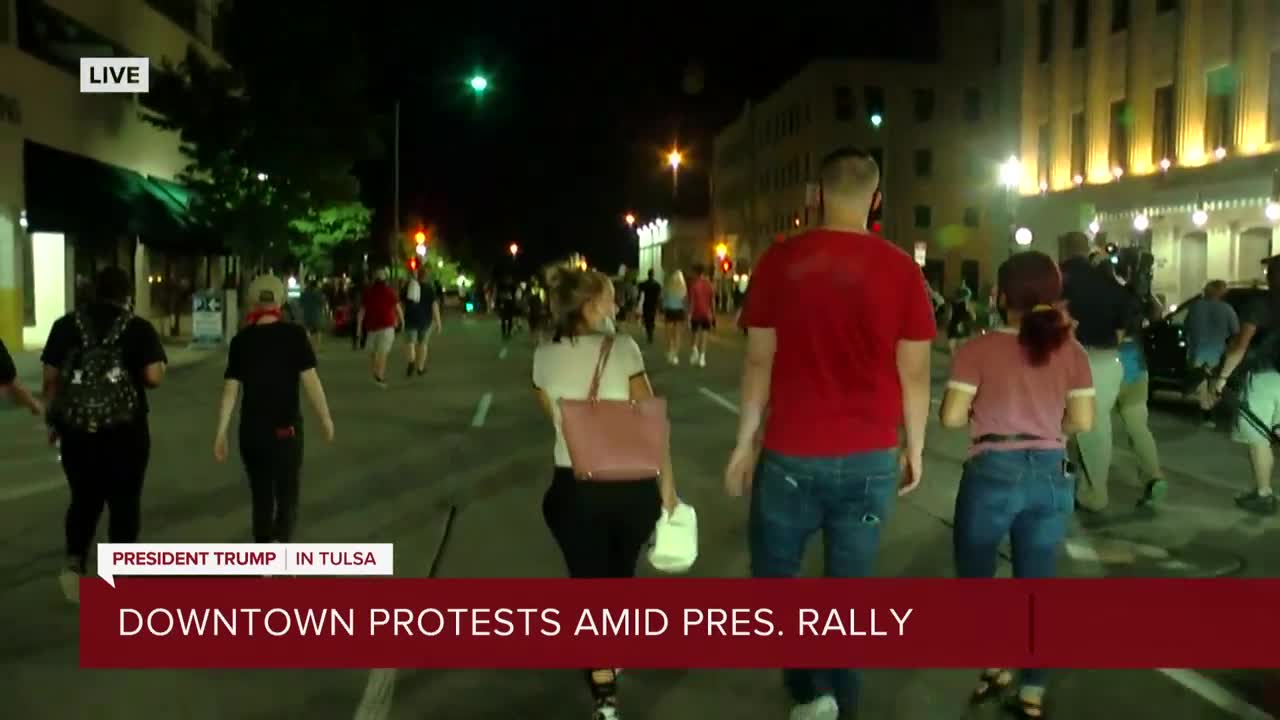 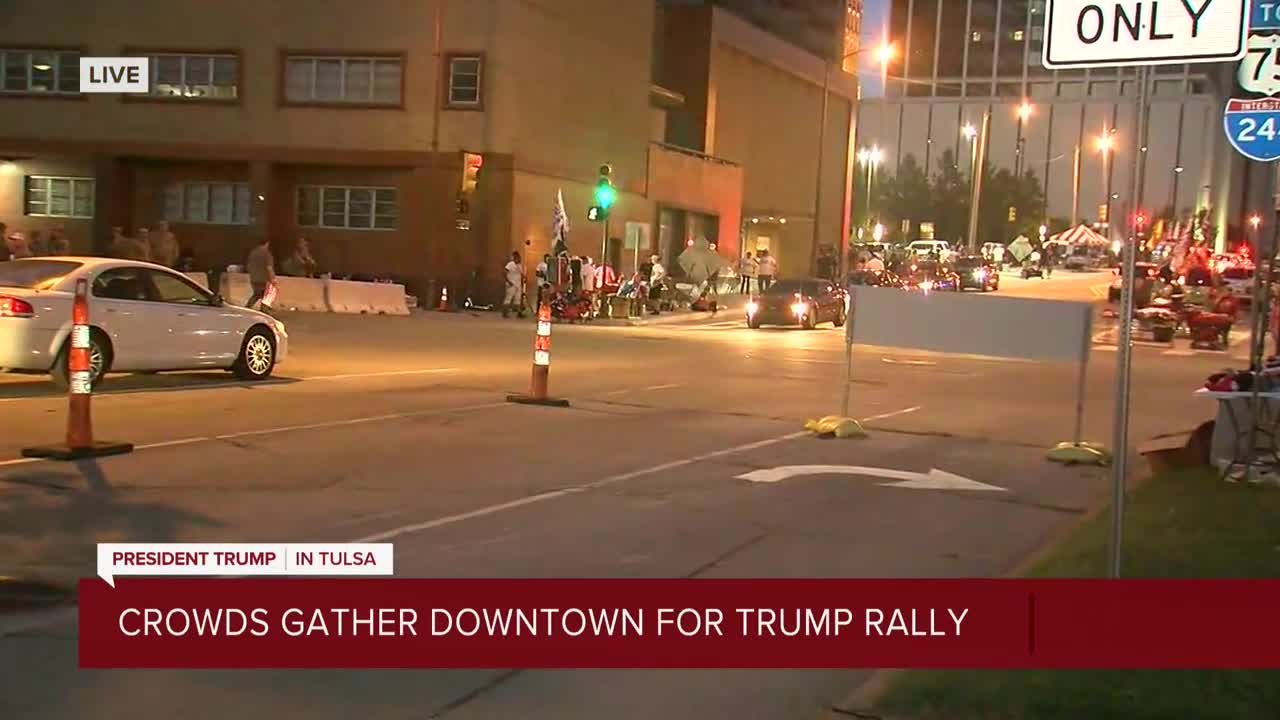 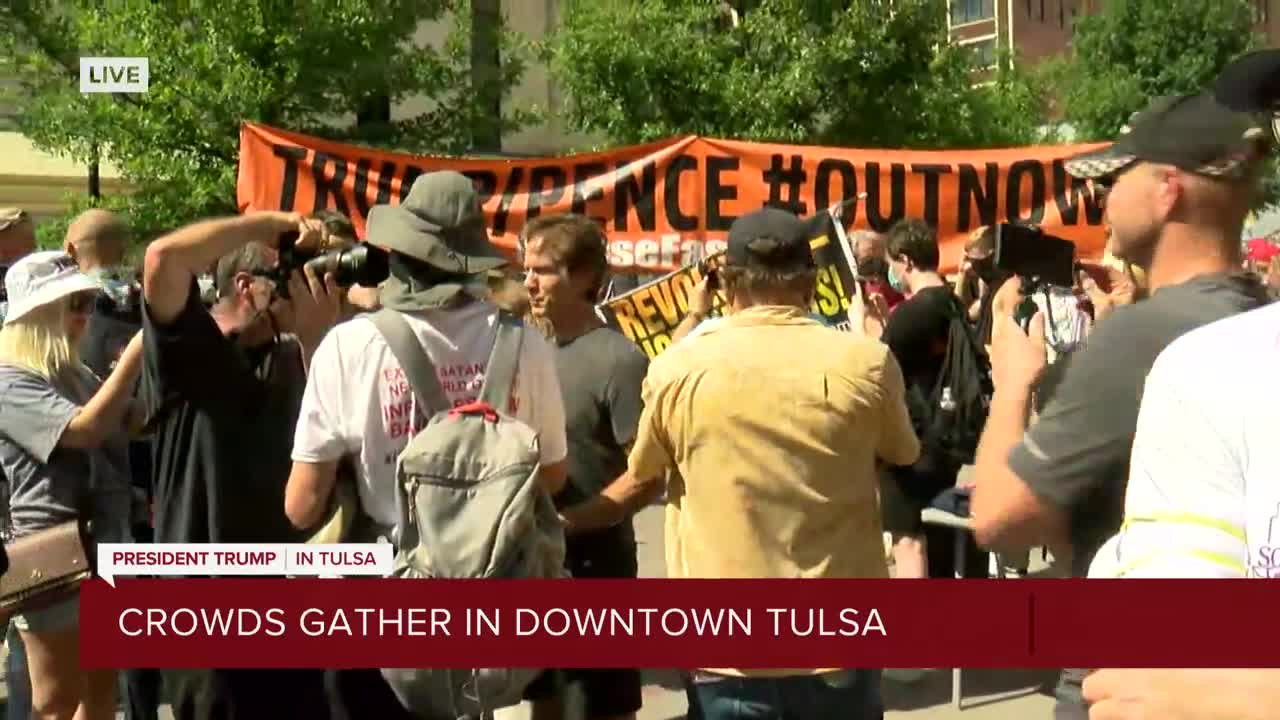 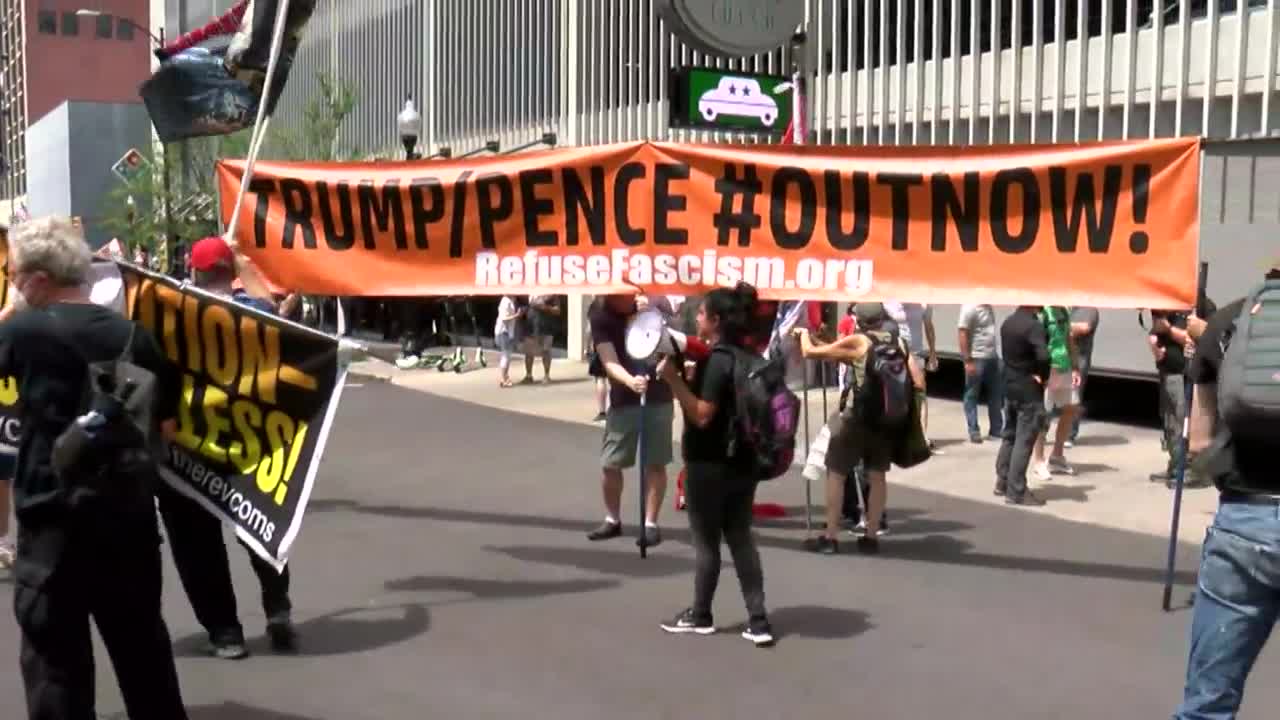 TULSA — Demonstrators marched up and down Boulder Avenue in downtown Tulsa prior to President Trump's rally on Saturday.

President Trump, along with Vice President Mike Pence, went to the BOK Center for the campaign's first public rally since the beginning of the coronavirus pandemic in the United States.

2 Works for You's Tony Russell said the area on Boulder Avenue was the epicenter of the exchange between supporters and demonstrators. The demonstrators shouted, " Black Lives Matter."

According to a Refuse Fascism press release, they are delivering a message to President Trump in a non-violent rally at 4 p.m.near 4th and Boulder Avenue.

Refuse Fascism is going up to the gates of Trump’s fascist rally in Tulsa to deliver a political message: No fascist Trump rallies in Tulsa or anywhere. In the name of humanity, we refuse to accept a fascist America. Trump/Pence Out Now!

National and local media are in Tulsa to cover the President's first rally since the United States began its reopening from COVID-19.