Concern over changes to Tulsa schools 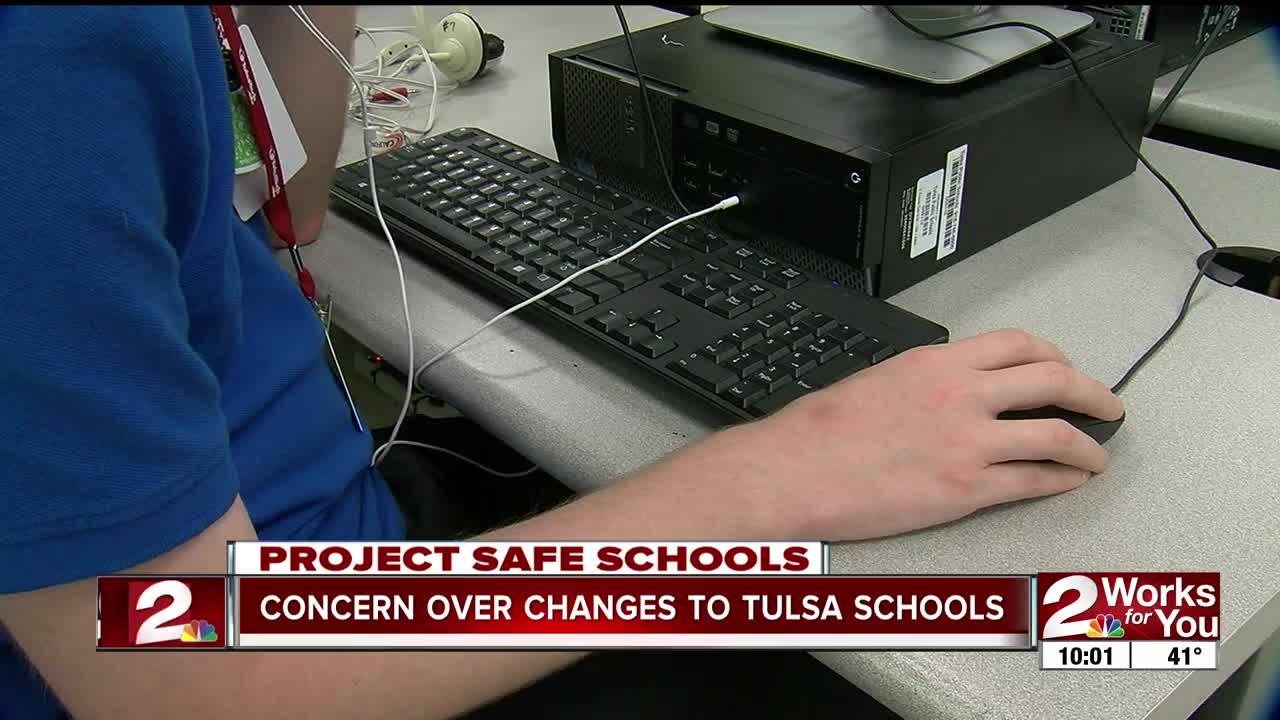 Concern over changes to Tulsa schools

TULSA -- The Tulsa Public Schools Board of Education approves the next steps in creating a middle school complex in North Tulsa, but not everyone is happy about the plan.

There were many emotional testimonies from William Penn Elementary School teachers Monday night, saying they were blindsided at the recommendation to turn their school into a middle school campus along with Monroe Demonstration School.

The recommendation came after months of deliberation by the North Tulsa Task Force, which was created by TPS to get community input on education in North Tulsa.

"We have wonderful teachers all over the district, and the children that may be dispersed to other schools will continue to find teachers like yourselves that will love them and teach them accordingly," said Darryl Bright, a member of the North Tulsa Task Force.

The recommendation removes the sixth graders at elementary schools that feed into McLain, and eighth graders from the high school campus. McLain Seventh Grade Academy would also close, and possibly become a parent resource center. Penn Elementary and Monroe Demonstration would combine as the North Tulsa middle school complex.

"They’re going to have too big of classes I think, I think they do better with smaller classes," said Belinda McGrew, whose granddaughter goes to McLain Seventh Grade Academy.

While some parents are concerned about the restructuring, others are optimistic that these changes will better meet the needs of middle school students now, and students in the future.

"It’s a little bit quick, but I’m all for it as long as it’s for the best of the kids," said Billy Allen, whose son goes to Penn Elementary.

The final decision will be made by the board on February 19th. The district would hope to have the schools ready by August of 2019.