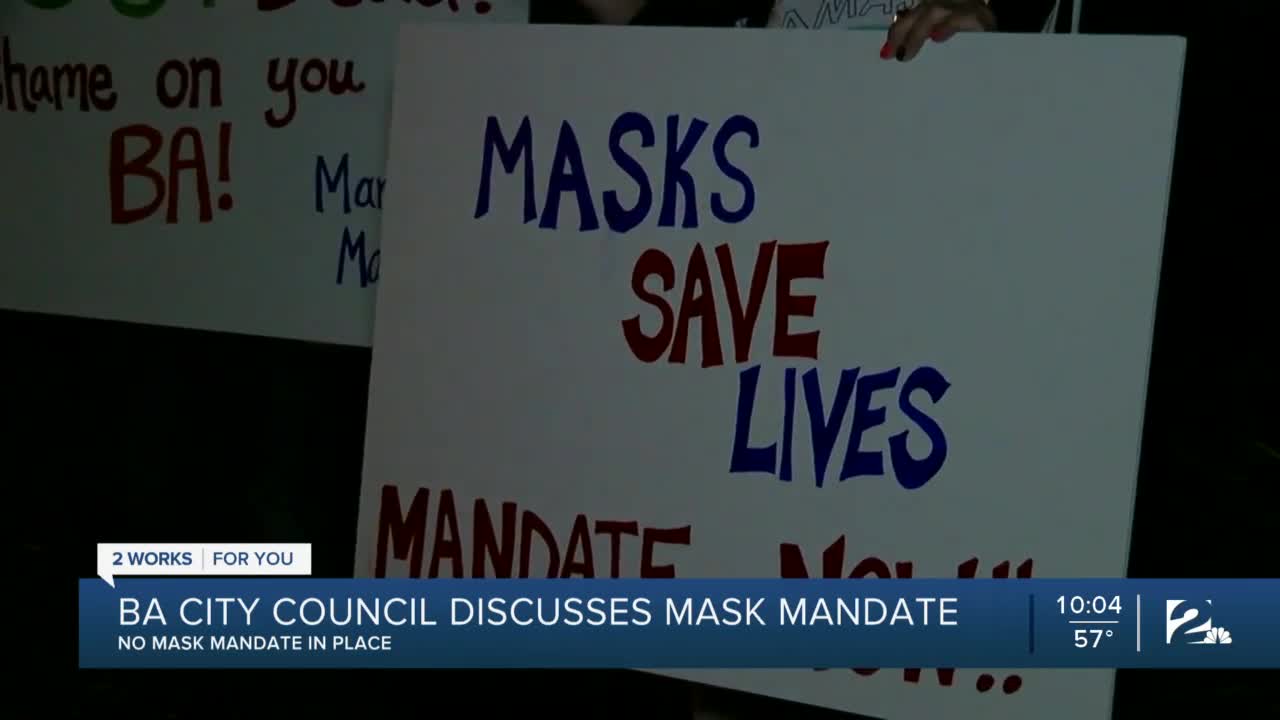 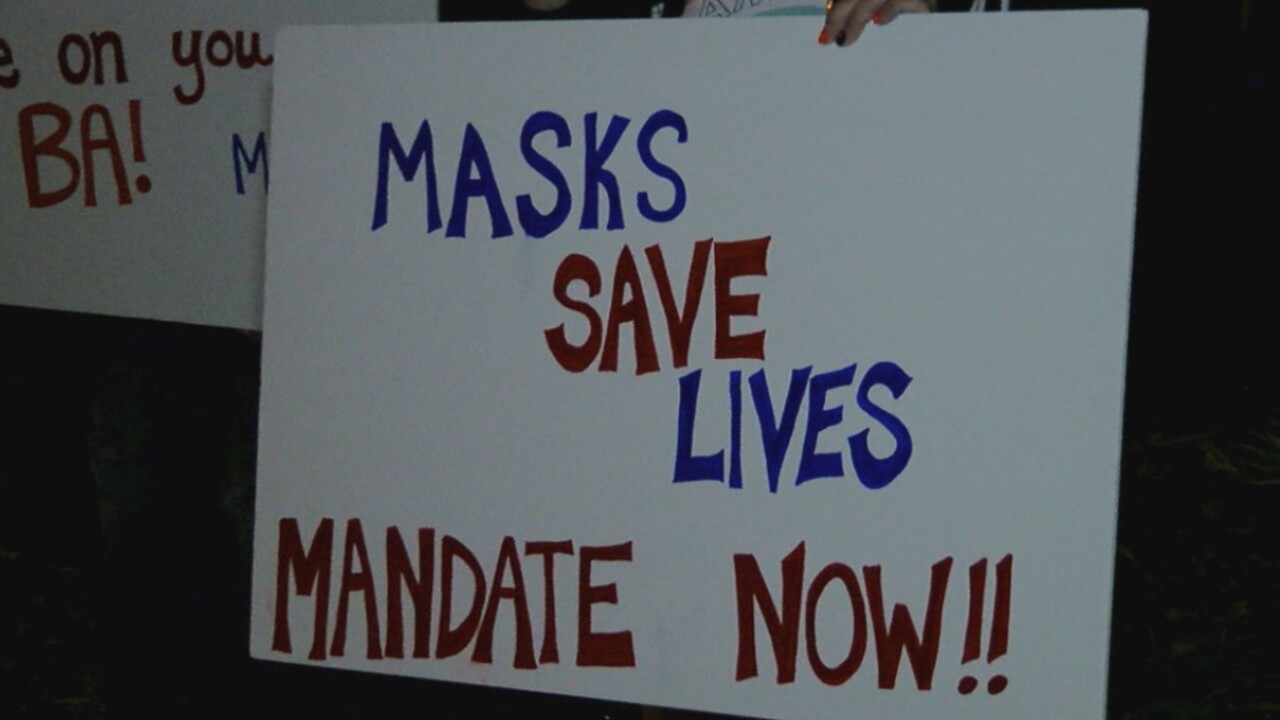 BROKEN ARROW, Okla. — Broken Arrow residents are protesting the city’s decision not to vote on a mask ordinance.

Data from the Tulsa Health Department puts Broken Arrow in the red zone for COVID-19 cases; however, Mayor Craig Thurmond said he won't call for a mask mandate. That decision is angering some residents.

Several BA residents gathered outside city hall prior to Tuesday night's city council meeting holding signs and ringing bells. Kasey St. John said there was one bell for each of the 52 BA residents who have died from COVID-19. She said she feels city leaders are putting residents at risk with no mandate.

“You’re breaking out of your bubble any time that you don’t wear a mask," St. John said. "It’s really critical that we all band together. It’s not about politics. It’s about humans. It’s about science. It’s about health.”

Thurmond previously said he doesn’t see the city council passing a mask ordinance. The city council discussed recent data and masks at Tuesday night's meeting. Councilors were divided over the mask issue. One said it’s necessary to slow the spread while another said people should have the right to choose to wear a mask.

It’s unclear right now if the mayor or council plans to bring a mask ordinance to a vote in the future.