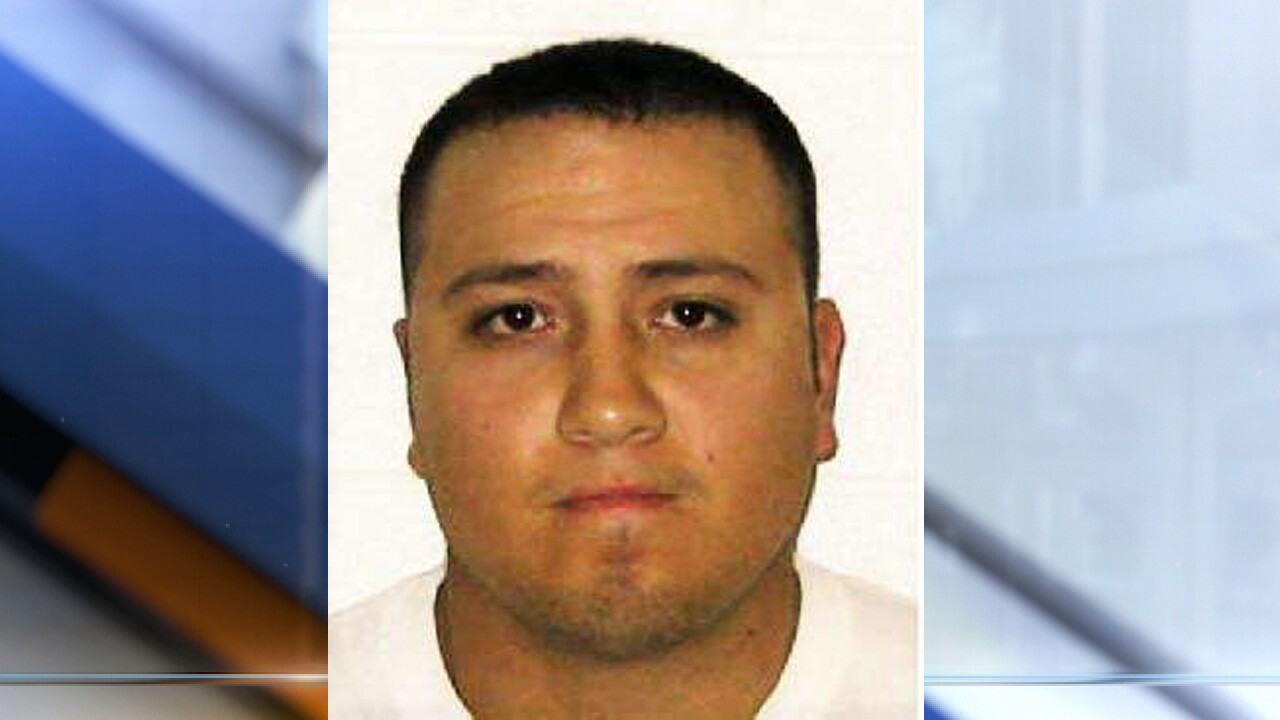 U.S. Marshals tracked one of their most wanted to Mexico, arresting a man accused of killing his police officer ex-wife by stabbing her 41 times while her children watched.

Investigators say Luis Octavio Frias, 34, waited for Janett Reyna and attacked her as she attempted to pick up her three young children at their grandmother’s Kay County home in 2013. Marshals say he stabbed her to death in front of the children two days after she filed for an order of protection.

Frias was arrested in Jalisco, Mexico, on Wednesday night, feds say. When he reached U.S. soil Thursday, U.S. Marshals used the same handcuffs issued to Reyna by the Blackwell Police Department to take him into custody.

“In so many ways, those handcuffs represented poetic justice not only for the victim, but for her children, her brothers and sisters in blue, and her community,” said U.S. Marshal Johnny Lee Kuhlman of the Western District of Oklahoma.

Frias was named the the U.S. Marshals Most Wanted Top 15 in November 2018. Investigators say the investigation gained momentum when an anonymous tipster contacted them after seeing a story about the murder on the TV show “In Pursuit with John Walsh.” Using that information, U.S. Marshals’ Mexico Foreign Field Office worked closely with Mexican authorities, who were able to pinpoint the fugitive's location, a statement said.

“Countless hours of collaborative investigative work and sheer determination have finally brought Frias to justice,” Kuhlman said. “With the help of our federal, state, local and international partners, Frias’ arrest sends a strong, clear message to anyone attempting to flee the country to avoid prosecution that justice has no boundaries.”

Frias is in federal custody in Dallas and is awaiting extradition to Oklahoma.

At the time of her murder, Reyna, a former Blackwell police officer, was serving as the domestic violence prevention coordinator for the Ponca Tribal Police Department.