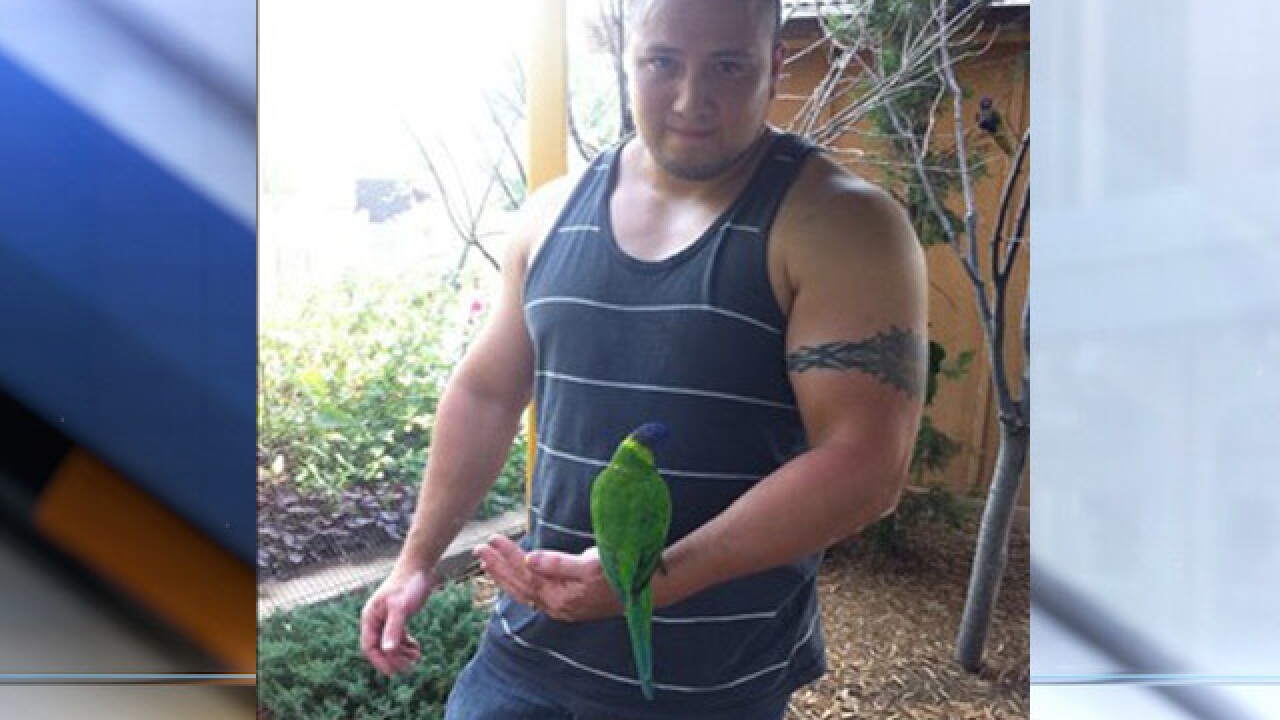 A man accused of stabbing his ex-wife 41 times in 2013 has now been named by U.S. Marshals as one of the 15 most wanted fugitives.

On August 8, 2013, Luis Octavio Frias, 34, reportedly waited for Janett Reyna and attacked her as she attempted to pick up her three young children at their grandmother’s home. Marshals say he stabbed her to death in front of the children two days after she filed for an order of protection.

“When Reyna was killed, she was serving as the domestic violence prevention coordinator for the Ponca Tribal Police Department, where she worked tirelessly to protect victims from the same violence and abuse that ultimately ended her life,” U.S. Marshal Johnny Lee Kuhlman said in a statement. “The Marshals are determined to bring Frias to justice for this senseless crime, and we implore the public to help us make that happen.”

Frias is a 5-foot-11 white male weighing approximately 200 pounds with brown hair and brown eyes. He has a tattoo on his left arm and discoloration on both hands due to a skin condition called vitiligo. Authorities say he may be using the alias Louis Beltran in an attempt to hide his true identity.

“Janett Reyna’s death not only devastated the lives of her children, it also devastated her community,” Kuhlman said. “As a former police officer with the Blackwell Police Department, Reyna took an oath to protect and serve, and she did so honorably, especially for the most vulnerable.”

Frias was charged with murder in Kay County shortly after the Reyna’s death. Authorities believe he fled the country and may have crossed the border into Mexico, but they say he could be anywhere.

“Our 15 Most Wanted list is reserved for fugitives we consider the worst of the worst,” U.S. Marshals Service Deputy Director David Anderson said. “It is without a doubt, Frias deserves to be on that list."