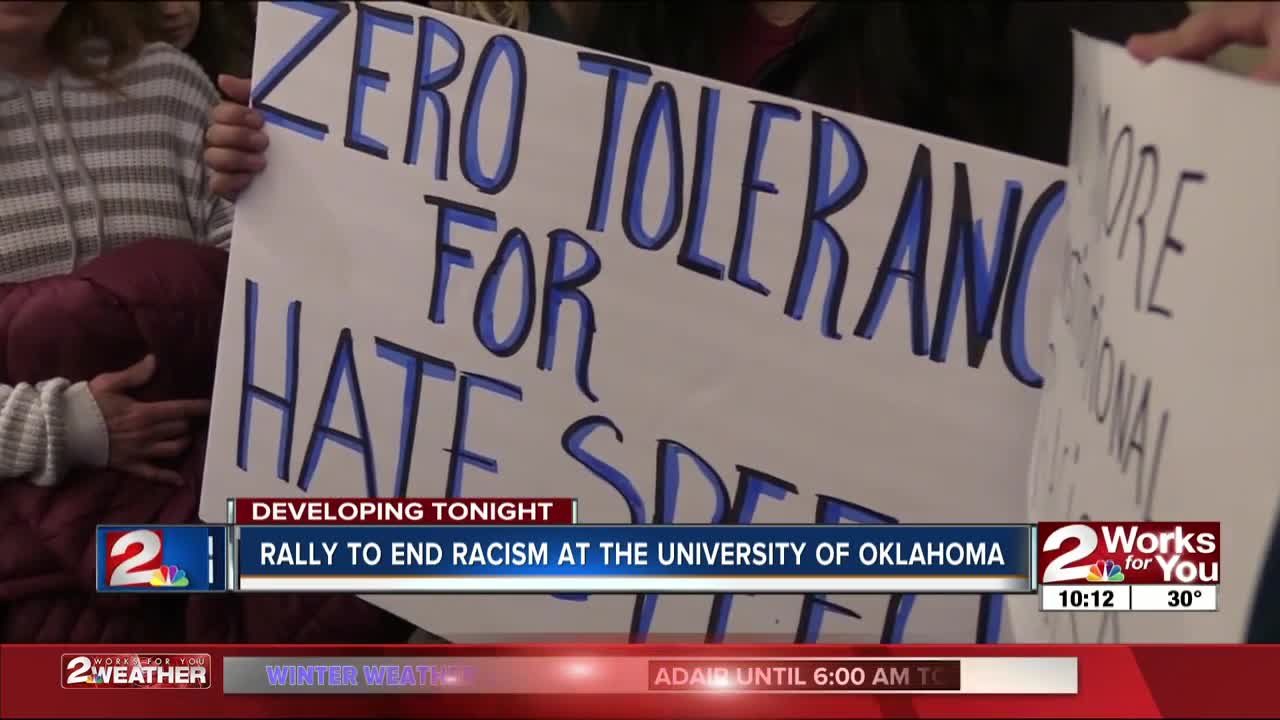 NORMAN, Okla. — A rally against racism was heated as students demanded change from the University of Oklahoma on Tuesday in Norman.

The response comes after two former students made a racist video that went viral and sparked outrage across the country. The students since have withdrawn from OU, one of them expelled from her sorority.

On Tuesday night, a ballroom on campus was packed full of hundreds of students, faculty and staff, with some going as far as asking the university president, James Gallogly, to resign.

The crowd became upset, appearing to feel Gallogly was veering from addressing the topic at hand.

“Focus on the fact that black people do not feel welcome here, not your personal problems,” an attendee shouted to Gallogly.