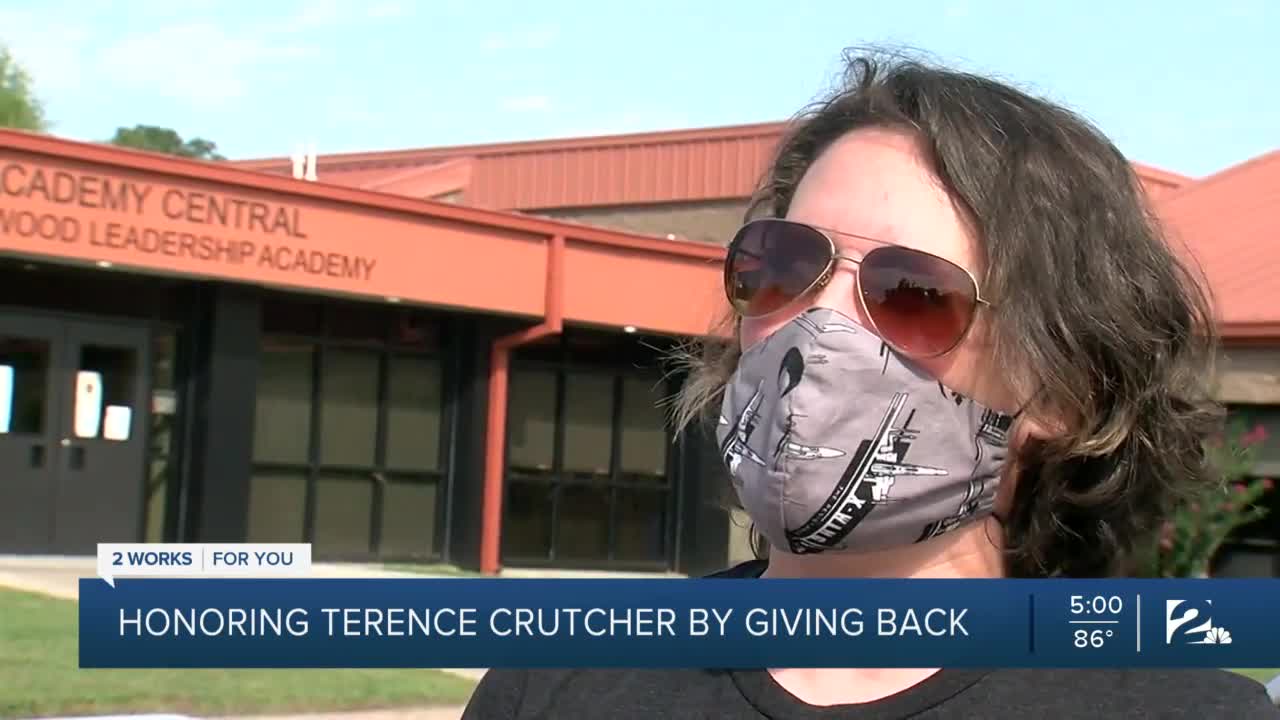 Honoring Terence Crutcher by giving back

A jury acquitted Shelby in Crutcher's death and she left the Tulsa Police Department. Shelby now works for the Rogers County Sheriff's Office.

Crutcher's twin sister, Dr. Tiffany Crutcher, started the Terence Crutcher Foundation in her brother's name. The foundation's mission is to engage the community, lawmakers and law enforcement in changing how communities of color are policed.

This year, the foundation is collecting supplies for the homeless at the newly renovated homeless shelter overflow center at 315 S. Gilcrease Museum Road.

They are calling it a Day of Service in honor of Crutcher.

Jess McCutthen said after the death of Crutcher made her rethink issues with police and communities of color.

"I definitely have been more active with local issues with policing," McCutthen said. "I'm glad that I am much more aware."

Joey Hobart Crutcher is Terence Crutcher's father. He said on the four year anniversary of his son's death, he remembers a lesson he taught him at an early age.

"Our motto was loving the unlovable, so I don't care who you were or who you are," Crutcher said. "Terence got that from me but he had it in his spirit all the time."