BLOG: Is Winter over? 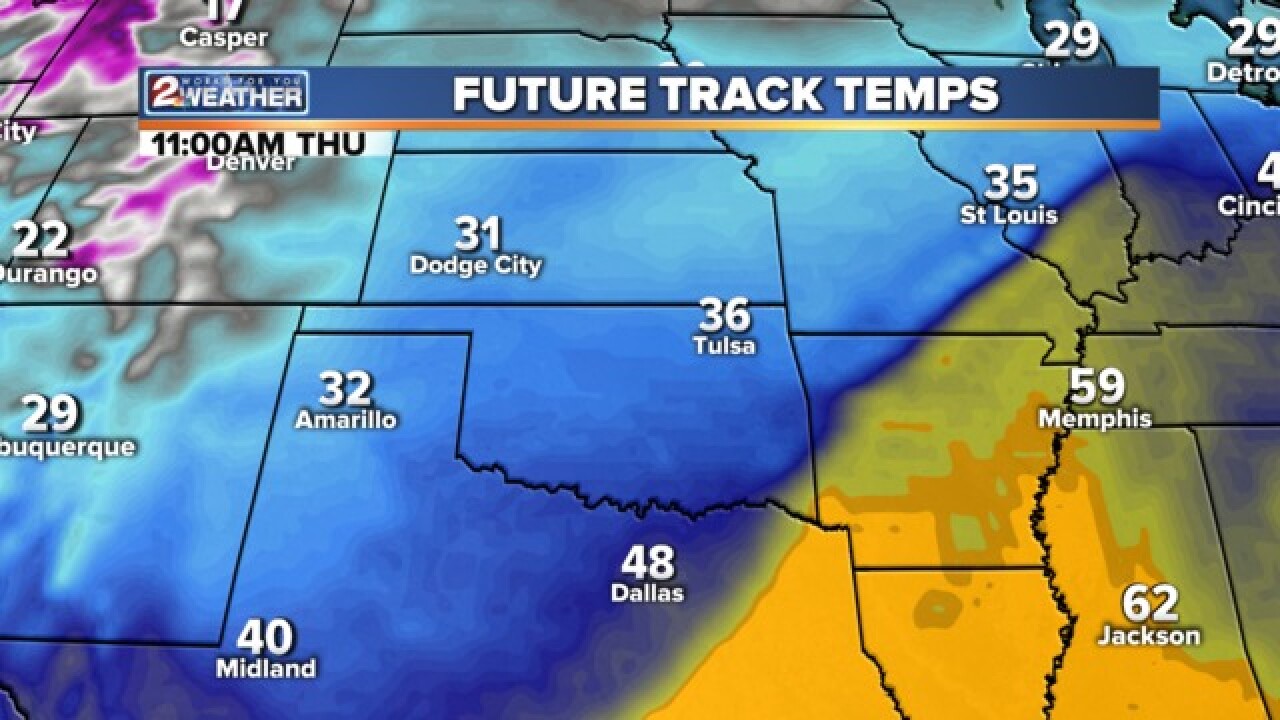 Over the past several days, we have been treated to some warmer than normal temperatures for this time of year. In fact, we've seen above average high temperatures in Tulsa for the last 6 days.

Even this weekend continues the warmer weather trend with temperatures in the 50's and 60's in most areas. Not bad for January if you ask me!

However, don't put away those heavy coats just yet...

Two of our most commonly used long-range weather models, the American and European model, both have fairly strong agreement that we will see yet another arctic blast by around mid-week next week. This cold spell could last for several days with many days in a row with highs in the 20's and 30's.

Climatologically speaking, we don't usually see our last hard freeze (temps below 28) until March 18th and our last freeze until March 29th. We have also seen snow as late as early May in the Tulsa area.

Unfortunately for those warmer weather lovers, like myself, winter is far from over.