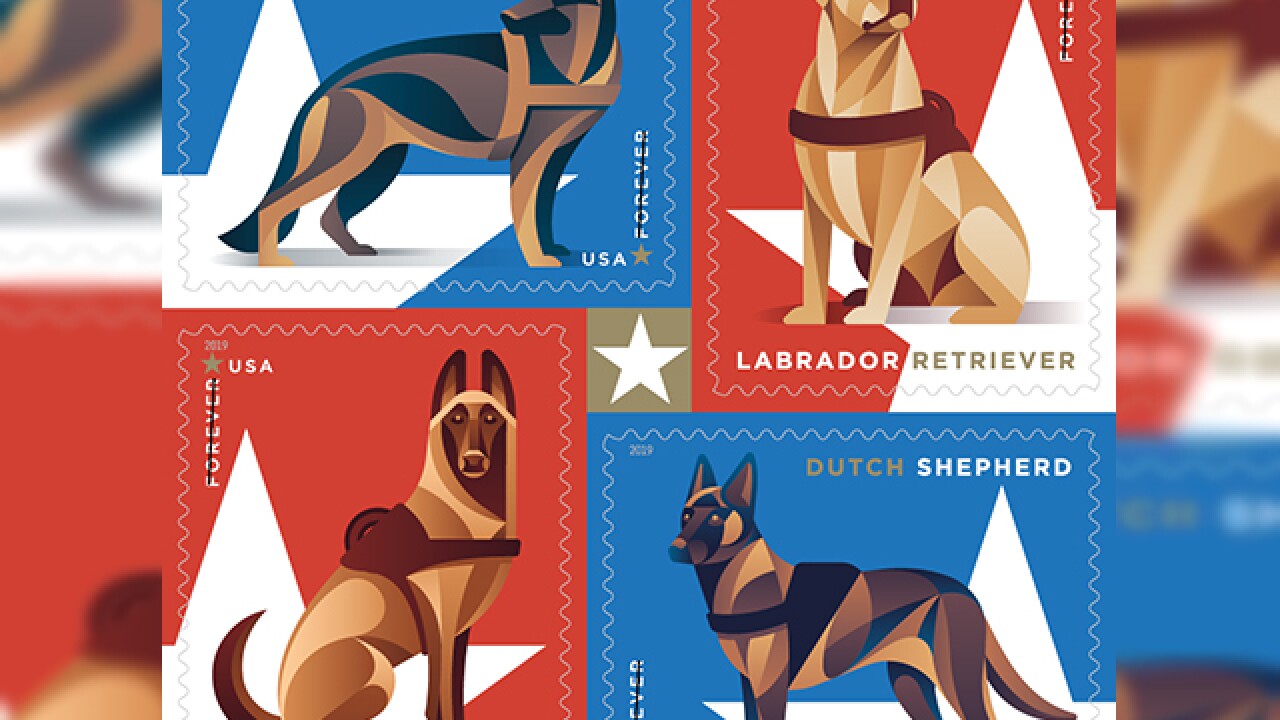 Each stamp will be featured with a design of four dog breeds: Labrador Retriever, German Shepherd, Dutch Shepherd, and Belgian Malinois.

USPS said in a press release that each stamp will also feature a white star, which will appear in the background.

"The stylized digital illustrations are in red, white, blue and gold to represent the American flag and patriotism," the release said.

In addition to the military dog's stamps, the USPS also announced that the Star Ribbon, "Little Mo", Ellsworth Kelly, and the Transcontinental Railroad will be added to the 2019 Stamp Program.

In the release, the USPS said the Star Ribbon stamp was "designed to meet the needs of business mailers."

An oil-on-linen painting of tennis star Maureen Connolly Brinker will be added to the mix, the release said.

The release also added that there will also be a stamp that honors artist Ellsworth Kelly and the 150th anniversary of the completion of the transcontinental railroad.

You can see all the illustrations for the stamps on the USPS site.