This tiny Texas chapel is fighting a border wall 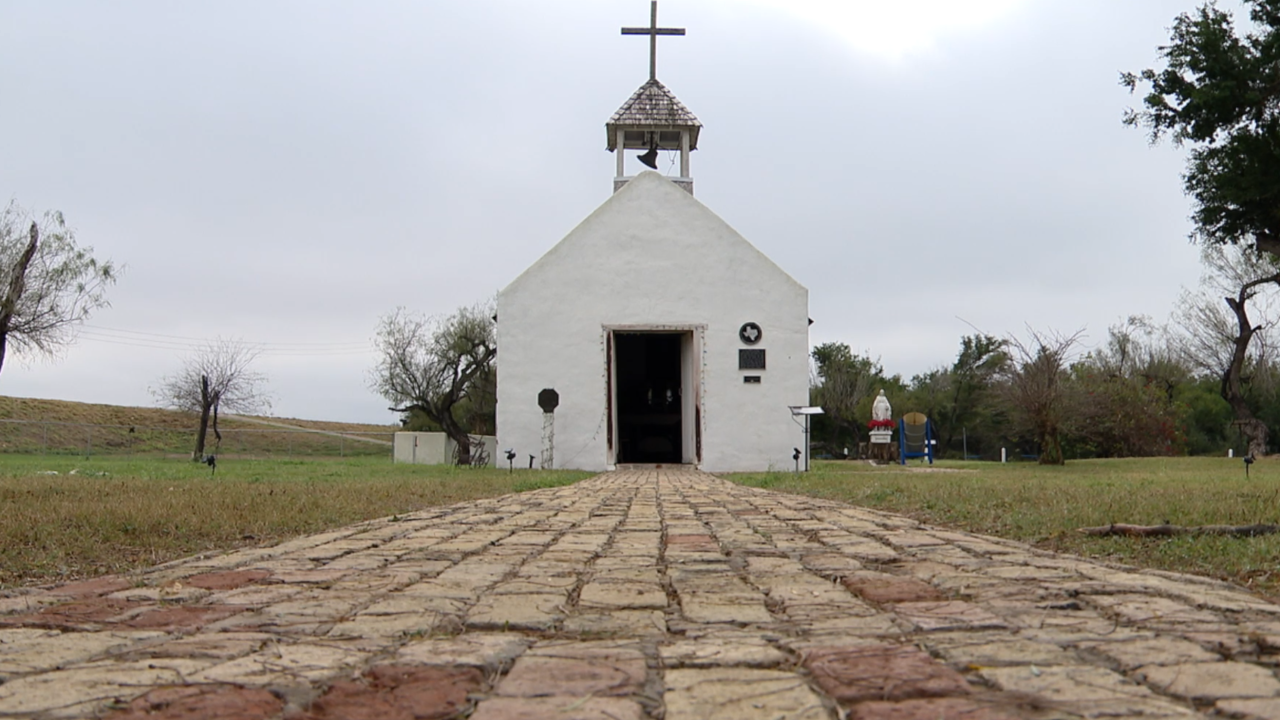 La Lomita is a modest chapel. But it’s a spot that holds a special place in Father Roy Snipes’ heart.

It’s where Snipes made his final vows to the church almost four decades ago. The chapel is a mission—an extension of a main Catholic church—built in the late 1800’s.

“Well this was the settlement, and then when the town was established…they just named it after Mission, because this is where they came from,” Snipes explains.

The chapel sits on quiet land. It’s land that Snipes, a self-described “Cowboy priest” wearing a white clerical robe and cowboy hat, worries could soon be occupied by bulldozers that are preparing for a wall.

“It would spoil the whole atmosphere,” he said, pointing to the levee adjacent to the chapel, where he says the government would likely put a wall.

Some sections of previously approved border fencing have already been authorized in Hidalgo County and could extend even further. The church has received government requests to survey the land.

He says La Lomita would be on the Mexico side of the wall.

“The poor people would not come here anymore if they had to be interrogated by border patrol before they could come in,” Snipes said. “When grandma comes down here to say a rosary she doesn’t carry any documents with her.”

Snipes won’t back down without a fight.

“Some people would probably just say ‘Give me the money,’ ya know?” Snipes said, referring to the compensation the government would offer land owners when seizing land under Eminent Domain laws.

“We wouldn’t. You couldn’t give us enough.”

He admits he can’t solve the immigration debate, but he does have a message for the administration.

“I don’t know, but what I’m saying is maybe you don’t know either. Maybe we need some wiser and kinder and more thoughtful heads and hearts to work on this,” he says.

And even if he loses the fight, Snipes will keep his head—and his Stetson—held high.

“We’re gonna be alright,” he says, looking just a touch forlorn. “Even if the damned wall goes up, we’re not gonna let them make us mean. We’re not gonna get mean.”