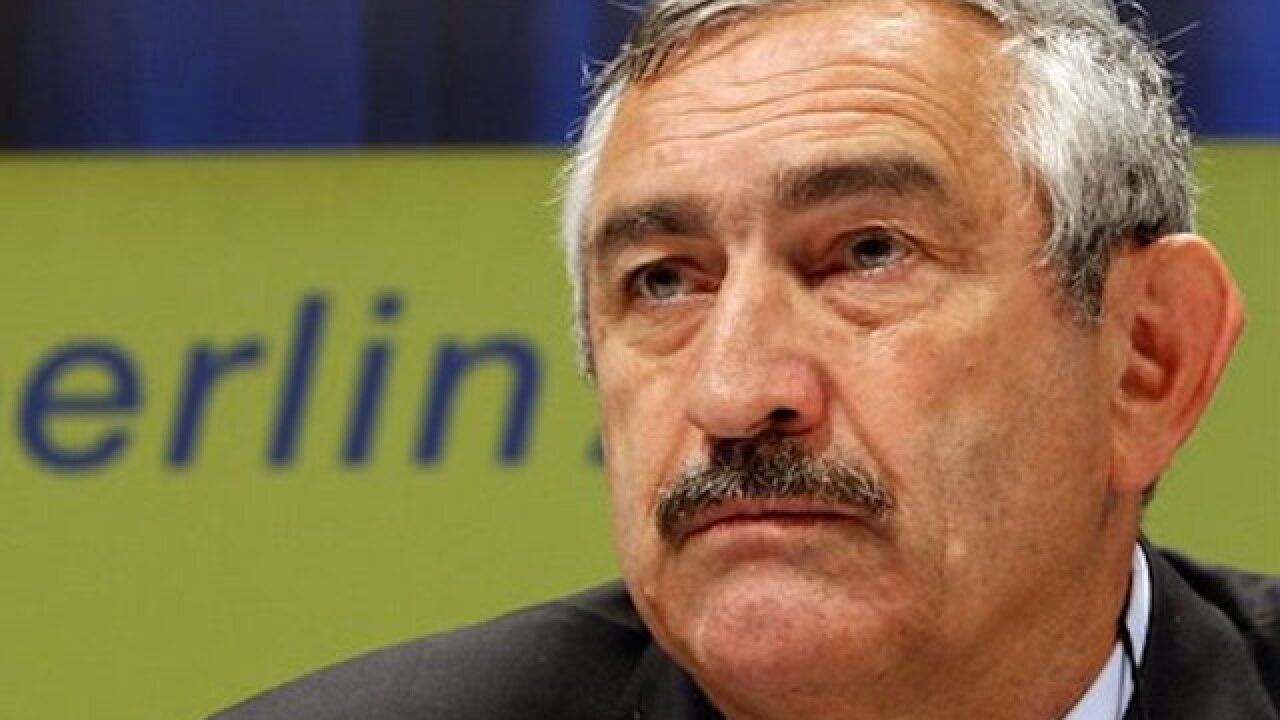 Copyright Associated Press
Michael Sohn
<p>This is a Thursday, Aug. 13, 2009 file photo of Pierre Weiss, Secretary General of the IAAF, as he looks on during a news conference prior to the World Athletics Championships in Berlin, Germany. (AP Photo/Michael Sohn, File)</p>

PARIS (AP) — Findings reported by The Associated Press that track and field officials contemplated hiding the full extent of Russian doping before the 2012 London Olympics are "most concerning" and warrant further investigation, the World Anti-Doping Agency said Wednesday.

The AP reported Tuesday that six years before the International Association of Athletics Federations banned Russia, the governing body knew of doping so out of control it feared Russian athletes could die from abusing blood-boosting drugs and transfusions, and officials considered collaborating with Russians to hide the extent of cheating before the London Games.

The findings came from internal IAAF documents the AP received from a person intimately involved in the IAAF's anti-doping program. The person requested anonymity because he wasn't allowed to release the documents.

Two internal IAAF papers before the London Olympics proposed not publishing doping sanctions for lesser-known Russians. That would have violated WADA rules and the notes themselves specified that the proposed non-disclosure would be contrary to usual IAAF practice. The IAAF confirmed the authenticity of the documents but said the proposed hush-up of Russian bans was never carried out.

WADA said its commission that is investigating Russian doping and cover-ups should investigate the findings, if it hasn't already.

"The suggestions, if accurate, are most concerning," WADA spokesman Ben Nichols said in a statement to AP. "If this is new information that WADA's Independent Commission has not already examined, it will need to (be) investigated."

A second volume of findings from the WADA probe is due to be released Thursday. Its first report last November pointed to Russian government complicity in widespread, systematic doping, leading the IAAF to suspend Russia's track and field athletes from international competition.

Athletes reacted with disgust at the new AP findings that IAAF blood tests as far back as 2009 were already providing shocking insight into the scale and gravity of Russian doping. The findings raised new questions about why the organization waited six years before suspending Russia, which could see its athletes miss the Olympics in Rio de Janeiro in August.

"It's very disappointing," Australian race walker Jared Tallent said Wednesday in an AP phone interview. "They knew Russia had massive problems back in 2009. Action should have been taken a lot sooner."

British javelin thrower Goldie Sayers tweeted: "And so it goes on. Clean athletes also damage their long-term health trying to compete with cheats. Makes me sick."

The IAAF documents reveal how its officials appealed for action from Russia, but also used advances in blood testing against offenders. They shed light on key junctures in Russia's doping crisis, which has been muddied by allegations that IAAF and Russian officials took bribes from athletes to hide doping.

By 2011, the IAAF's blood passport testing regime was flagging so many suspected Russian dopers that officials explored breaking their own rules and the WADA code by dealing with some cases privately, two internal IAAF notes show.

They proposed by-the-book sanctions for elite Russians likely to win in London, but "rapid and discreet" handling for lesser-known athletes whose disappearance from competition would probably go unnoticed.

For athletes who agreed, the IAAF would "undertake not to publish the sanction," which would be shortened to two years from four, according to a Dec. 5, 2011, brief.

IAAF spokesman Chris Turner said both notes were sent by the IAAF's anti-doping director at the time, Gabriel Dolle. One was to Habib Cisse, who was legal counsel to then-IAAF President Lamine Diack, the other to Diack himself, Turner told the AP.

Turner said a colleague of Dolle's in the anti-doping department objected at the time to the proposed non-disclosure of bans and they were published.

"Every suspicious ABP (blood passport) profile was investigated in full accordance with IAAF rules and the World Anti-Doping Code," he told AP. "All confirmed doping cases were publicly sanctioned. Nothing was covered-up."

Diack is facing corruption and money laundering charges in France, accused of taking more than 1 million euros ($1.1 million) in a scheme to blackmail athletes and cover up their doping positives. French magistrates also are investigating Cisse and Dolle for suspected corruption.