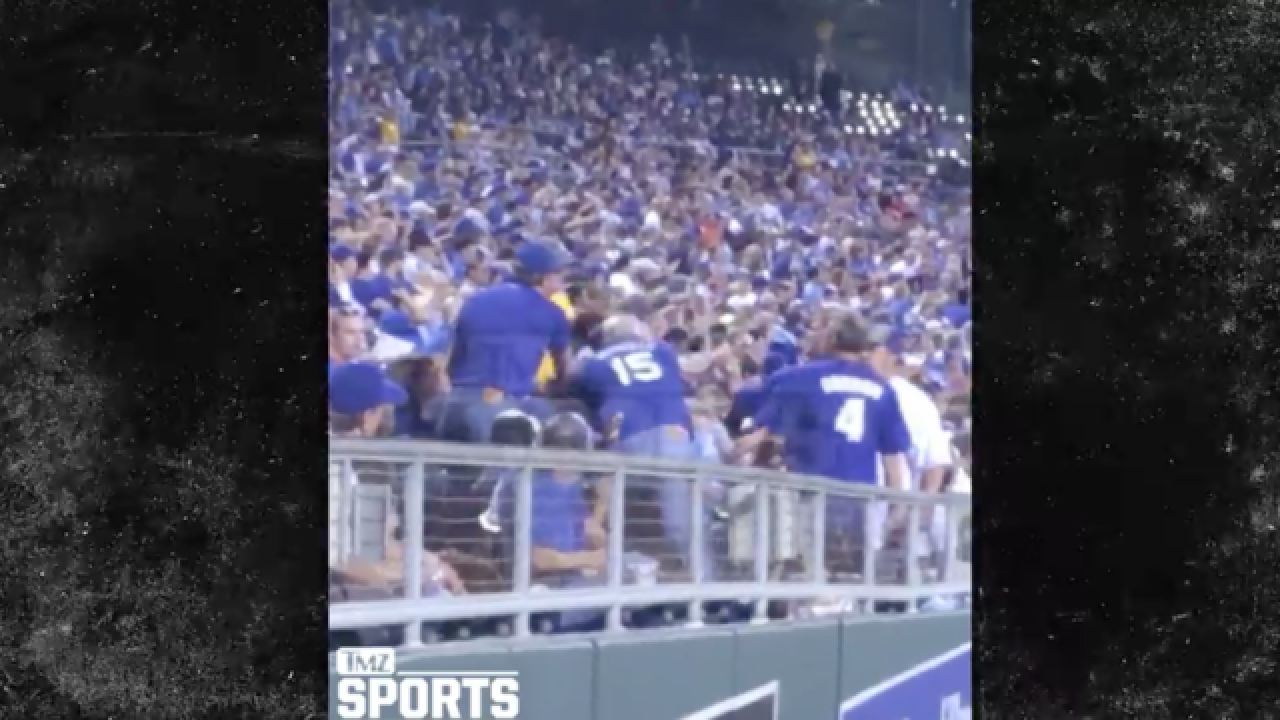 A video posted by TMZ Sports shows a man punching a woman in the face during a Major League Baseball game.

The incident took place on Tuesday night at Kauffman Stadium, the home of the Kansas City Royals when the Royals took on the San Francisco Giants.

Blake and Stryker were cited with disorderly conduct, according to documents from the Kansas City Municipal Court.

They are scheduled to appear in court on May 23.