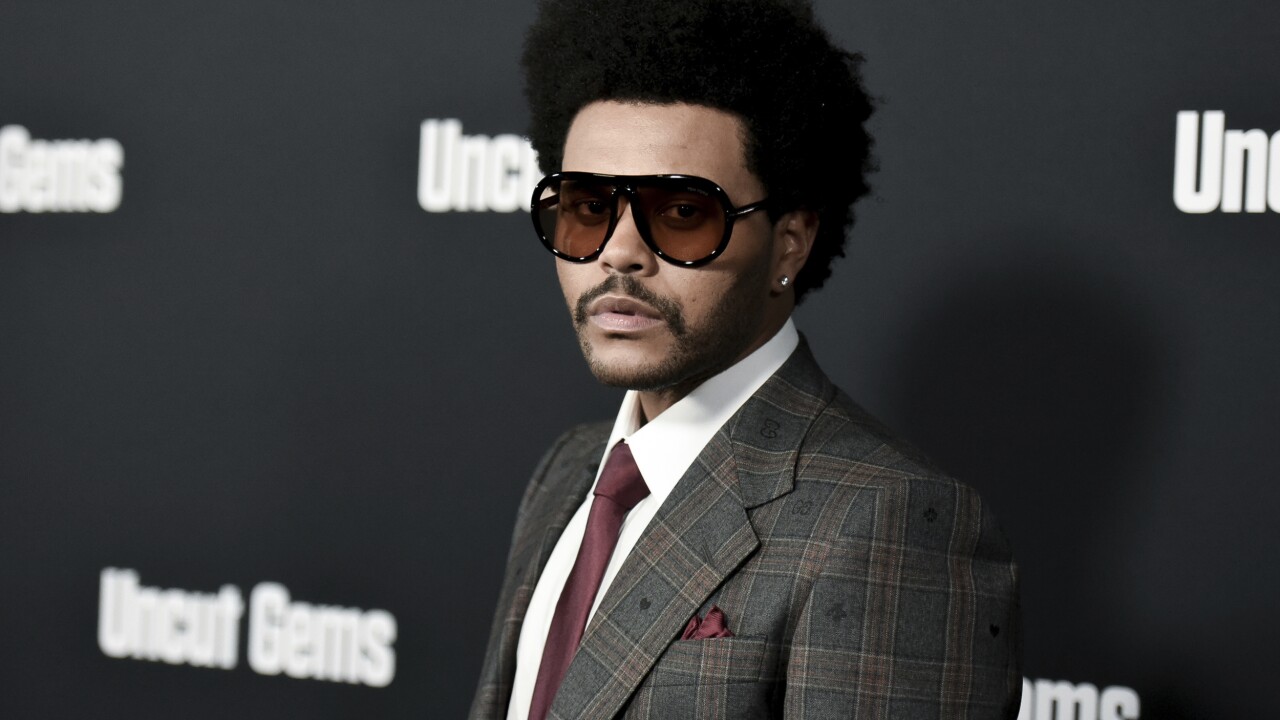 While the teams on the field at Super Bowl LV are yet to be determined, the halftime performance has been decided: The Weeknd.

In a tweet Thursday morning, the artist announced “performing on the iconic stage. See you 02/07/21.”

The Weeknd, whose real name is Abel Tesfaye, will perform in Tampa in February during halftime of the Super Bowl.

"We all grow up watching the world's biggest acts playing the Super Bowl and one can only dream of being in that position," The Weeknd said in a statement released by the NFL. "I'm humbled, honored and ecstatic to be the center of that infamous stage this year."

He is a three-time Grammy Award winner, and released his fourth album earlier this year.

"Halftime Show performances have a history of excellence and creativity and we look forward to seeing what he will bring to Super Bowl LV," said Brian Rolapp, NFL Chief Media and Business Officer in a statement.

This is the second time Pepsi and the NFL have partnered with JAY-Z's Roc Nation, following last year's performance featuring Jennifer Lopez and Shakira.