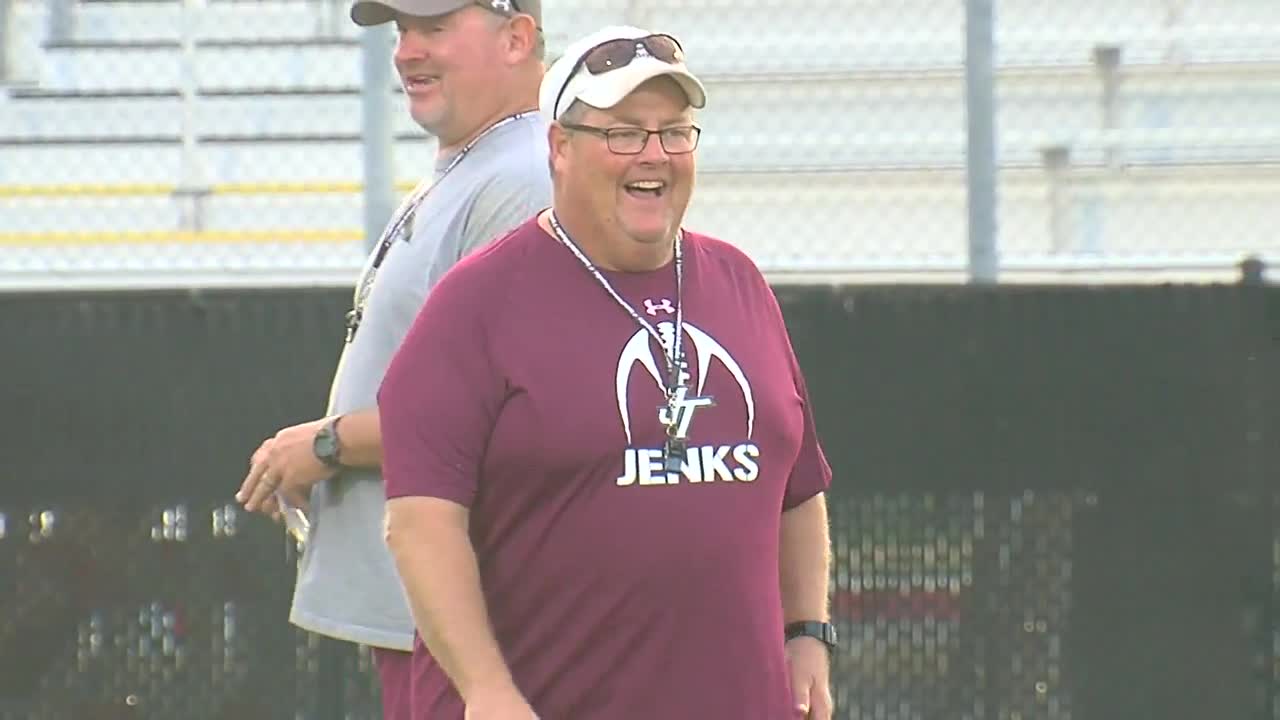 Most of the discussion centers around the loss of longtime Jenks Head Football Coach Allan Trimble, who lost his battle with ALS at the age of 56. Trimble won 13 state titles in 22 years as Head Coach of the Trojans.