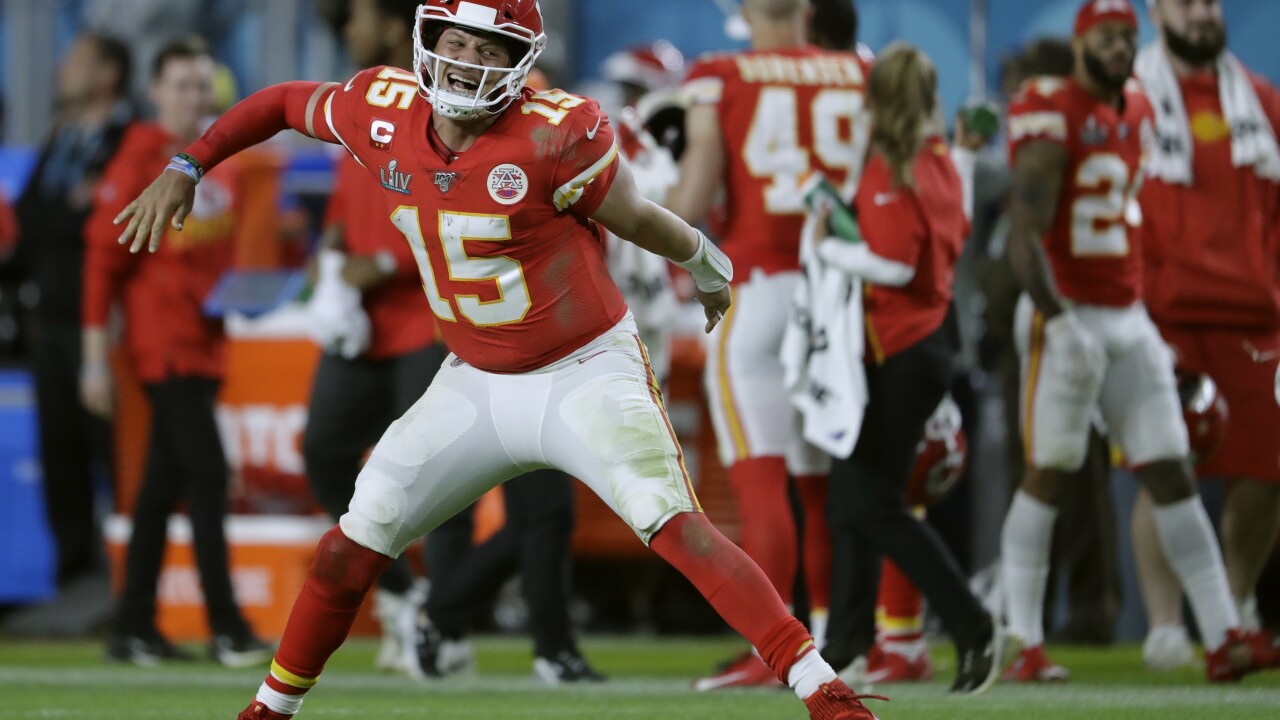 It was the battle of the best offense versus the best defense.

For most of Super Bowl 54 on Sunday, the San Francisco 49ers lived up to the mantra "Defense Wins Championships."

But Patrick Mahomes and the Chiefs would not be denied. Kansas City broke its 50-year Super Bowl drought, rallying to top San Francisco 31-20.

The Chiefs rallied from a 20-10 deficit with three unanswered touchdowns in the final 6:13. Not only did the Chiefs make a furious rally, but it was Kansas City providing the championship-level defense by stymying Jimmy Garoppolo and the 49ers offense in the fourth quarter.

A pair of Mahomes touchdowns put Kansas City up 24-20 after Mahomes previously had thrown two interceptions. Then, Damien Williams iced the game with a 38-yard run, clinching the win in the final minutes.

After the 49ers got on the board with a 38-yard field goal, the Chiefs took a 7-3 lead on a QB run by Mahomes at the end of the first quarter.

The game remained tied into the third quarter when the 49ers took a 13-10 lead on a 42-yard field goal.

The 49ers added a touchdown late in the third quarter on a 1-yard run by Raheem Mostert to take its largest lead of the game at 20-20.