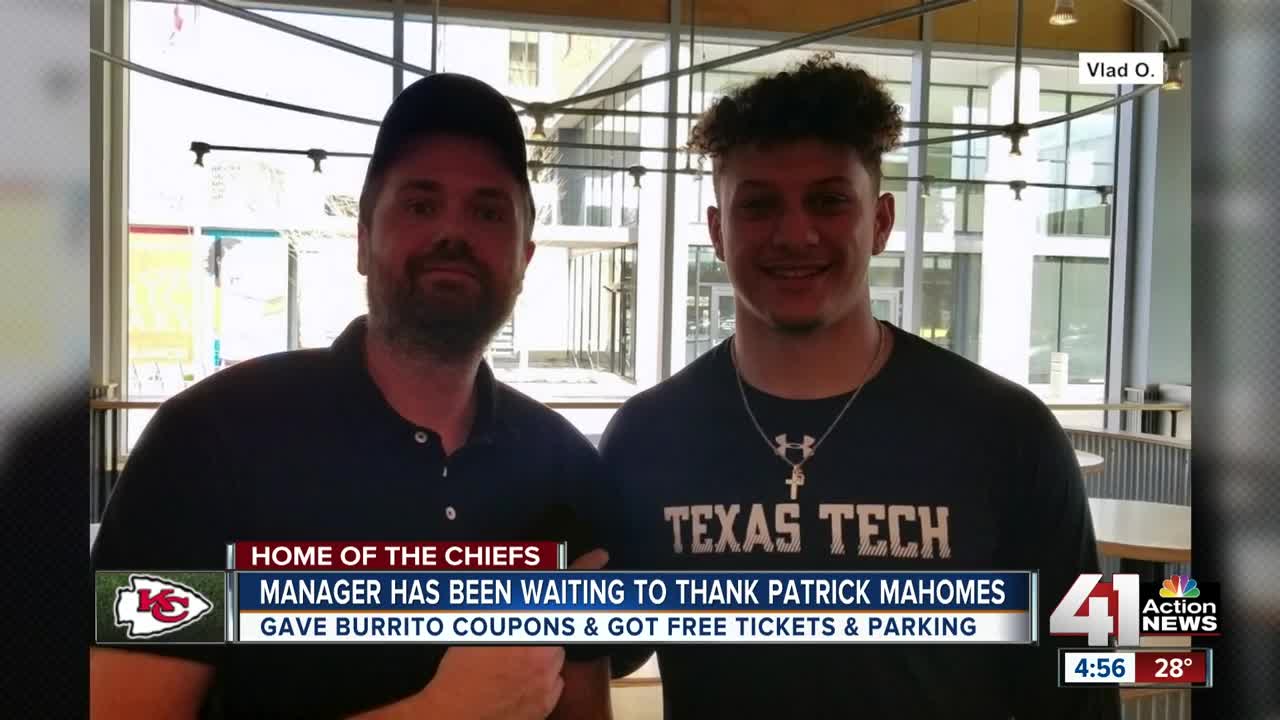 A Kansas City Chiefs fan has been waiting years to thank Patrick Mahomes for a kind deed. 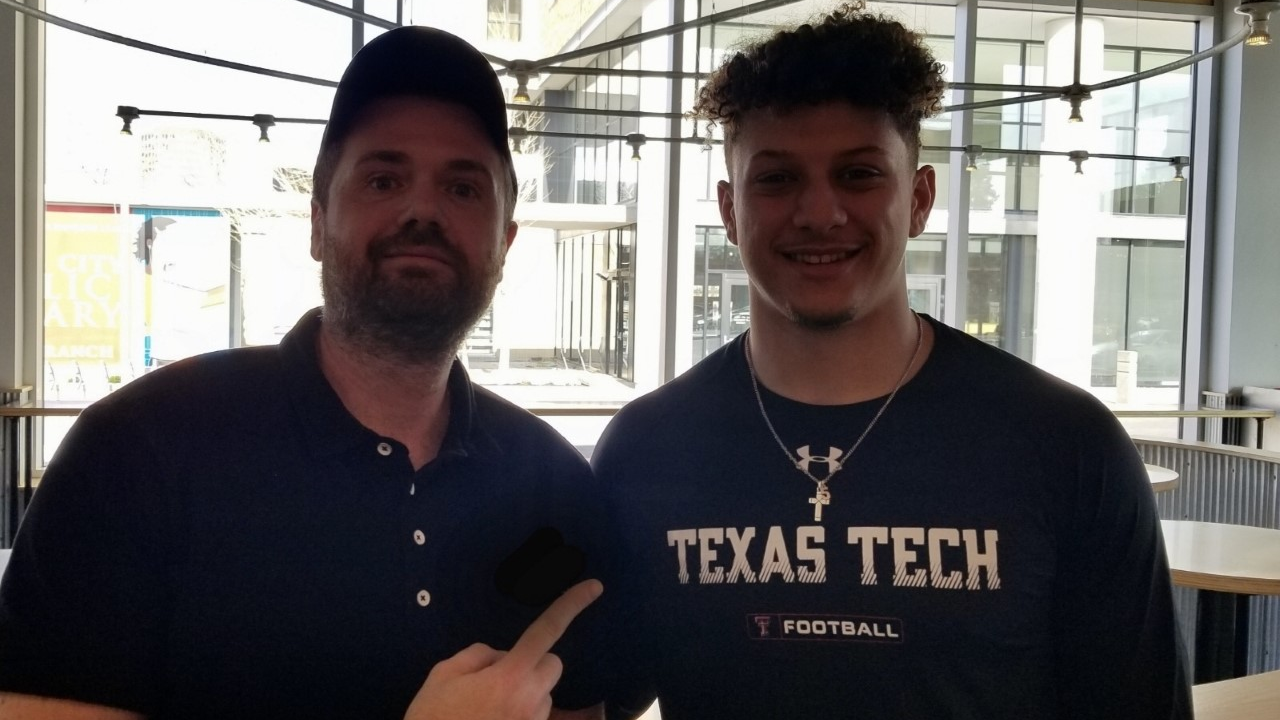 During Mahomes’ rookie season, he stopped to eat at a Chipotle restaurant in Kansas City, Missouri.

Vlad Orlik was the manager at the time and recognized Mahomes, even though he hadn’t played in a game for the Chiefs yet.

Orlik said he became a Chiefs fan after moving to Kansas City from Ukraine in 1993. So, he was delighted to meet the team’s future quarterback, and offered him a handful of free burrito coupons.

Mahomes came back to the restaurant 10 minutes later with free tickets to the Chiefs game against the Dolphins in December 2017.

“He took the time to go out to his car, or where ever he was, and comes back with Chiefs tickets and parking passes and I got to take my family there, it was a surreal moment, I was shaking at the time,” Orlik recalled.

Orlik got a new job and never saw Mahomes after the game, so he never got to properly thank the quarterback.

Scripps affiliate KSHB asked him what he’d say to Mahomes if he saw him today.

“That little gesture changed the outlook on everything for me as a fan, as a person, him as a person, just amazing. So thank you, keep doing what you're doing. I hope you have a few more [AFC Championships] in you and that's it, just thank you,” Orlik said.

The gesture cemented Orlik’s fandom and he’s now raising his 14-month-old son as a Chief fan.

“It was just the moment where I knew how genuine these guys are,” Orlik said. “They just care for the city, the people, it's not just a game to them, it's about the people because ultimately it is about the Chiefs Kingdom and the Chiefs fan base.”

This article was written by Charlie Keegan for KSHB .