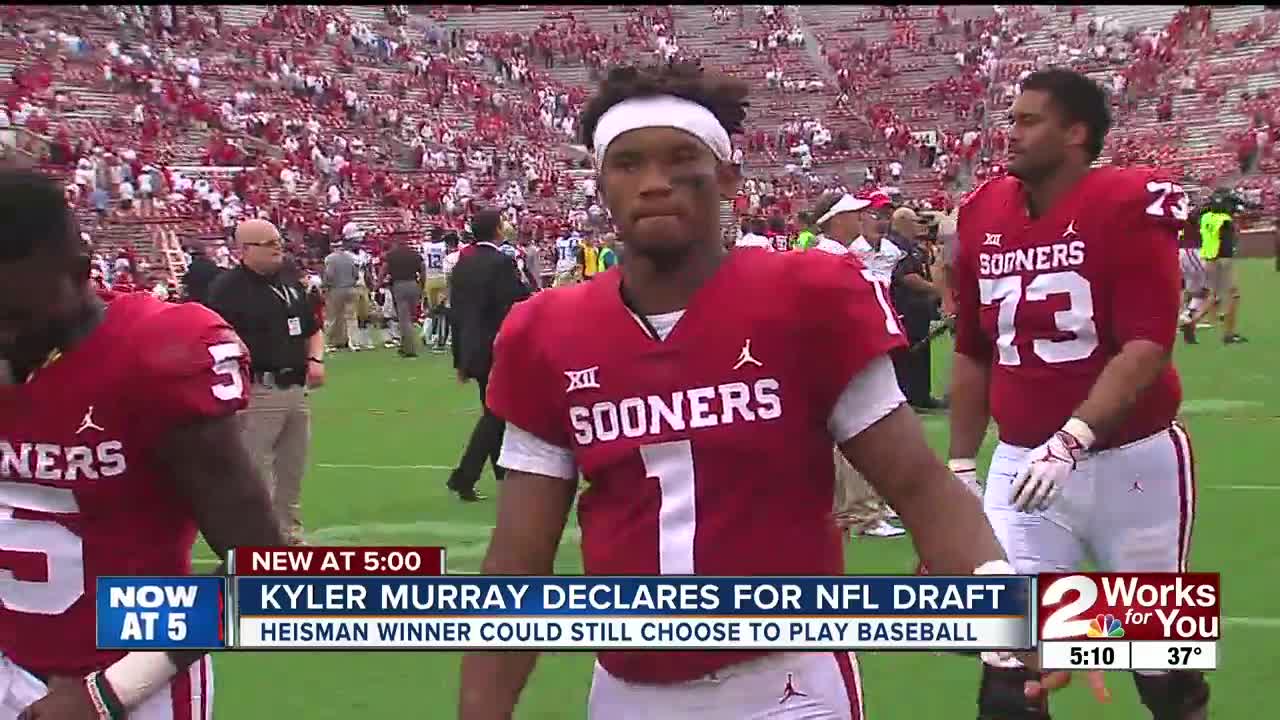 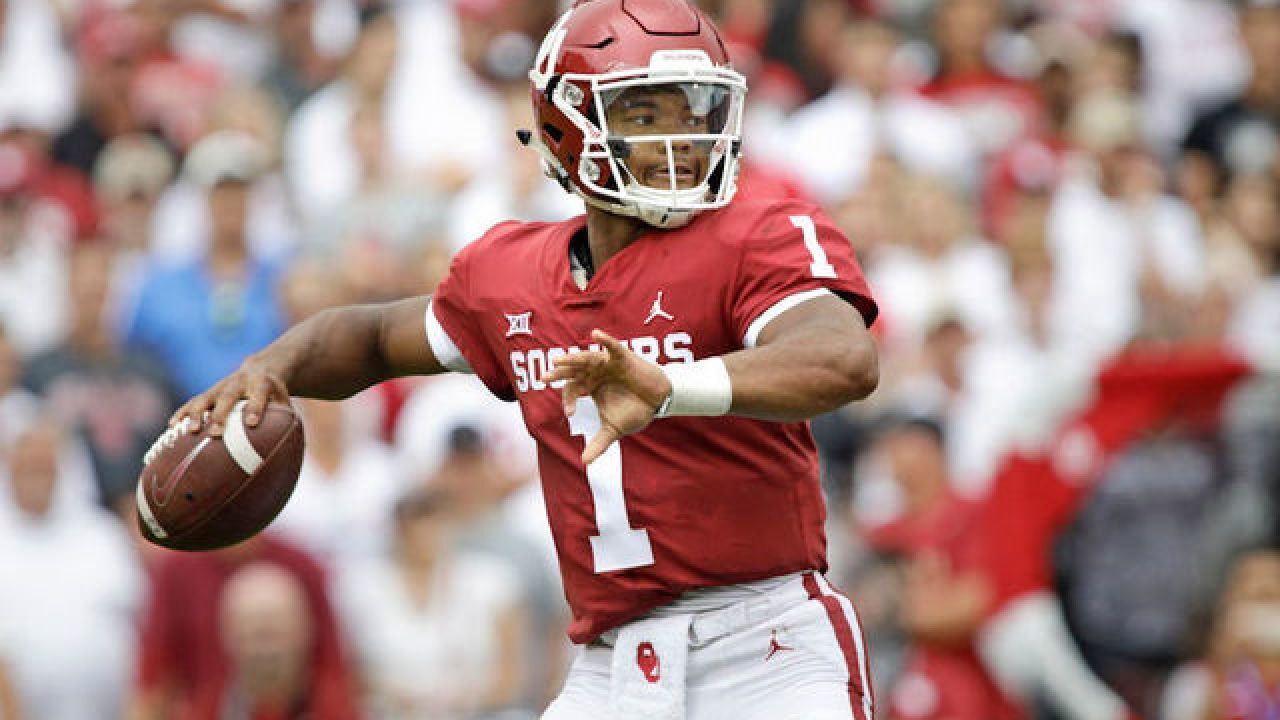 Heisman-winning quarterback Kyler Murray announced on Monday that he's leaving the Oklahoma Sooners and will enter the NFL Draft.

I have declared for the NFL Draft.


Murray was contemplating playing baseball for the Oakland Athletics, who drafted him ninth overall last year in the MLB Draft.

The A's gave Murray a $5 million bonus back in June.

On Sunday, ESPN reported that the A's received permission from MLB to offer Murray a long-term deal.

MLB Network's Jon Morosi mentioned that with Murray entering the NFL draft he will not be violating his A's contract.

Murray spent two year with the Sooners, transferring to the school from Texas A&M.

While at OU, Murray won the AP Player of the Year and during his junior year threw for 4,361 yards and 42 touchdowns.