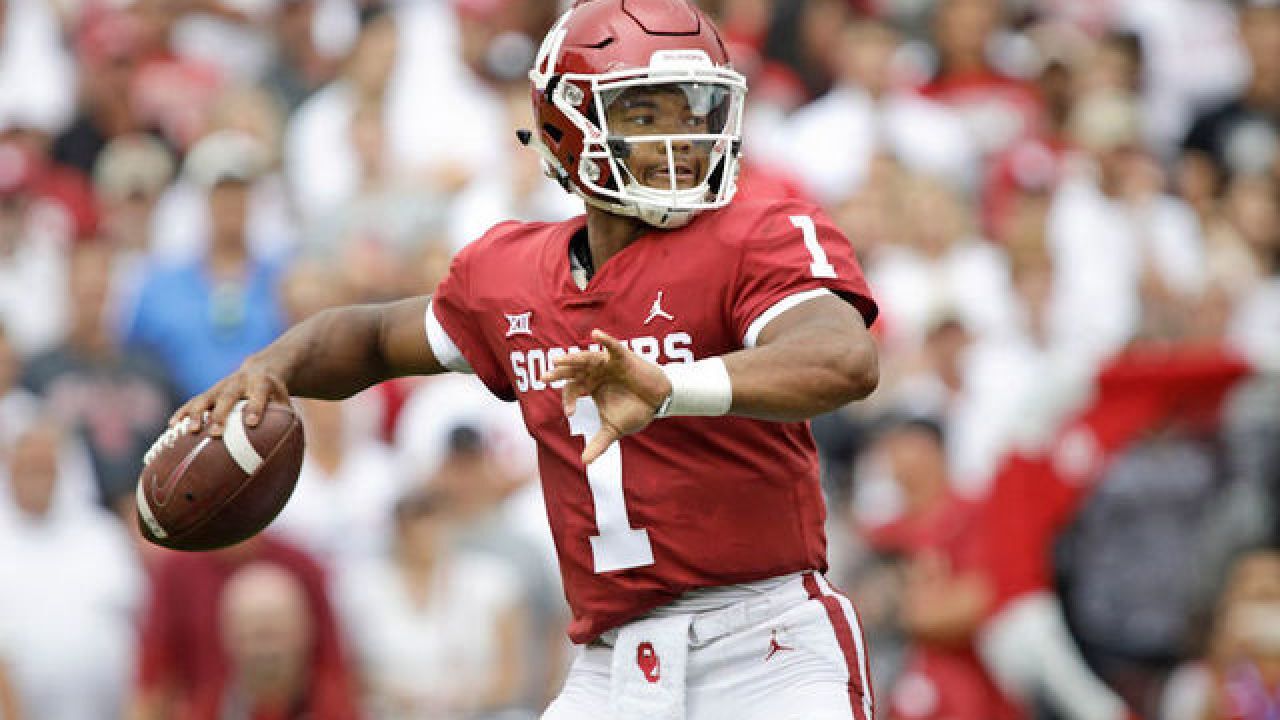 From there, it's still a mystery.

Oklahoma's quarterback and the reigning Heisman Trophy winner was still dealing with a cough and some sniffles Thursday, two days before the fourth-ranked Sooners will face top-ranked Alabama in the College Football Playoff semifinals at the Orange Bowl. He insists that's his lone focus right now, despite the ongoing fascination about whether he'll play football, baseball or both professionally.

"It's never bad to have options," Murray said.

Murray was drafted in the first round earlier this year by the Oakland A's, who paid the outfielder a signing bonus of about $4.7 million. That was six months before he became a Heisman Trophy-winning quarterback, one who has guided the Sooners to a 12-1 record and into the four-team CFP field.

Now he's being mentioned as an NFL Draft candidate.

And yes, he did expect such a scenario to play itself out.

"I always felt like it might be, honestly," Murray said. "It's like nobody expected any of this but me, the people that are closest to me, people that I've always known, who have always watched me play whether it was football, baseball. Nobody expected this. So now it's kind of like, `What do you do?' But for me, I'm just taking it one day at a time and doing what I've always done.

Murray has thrown for 4,053 yards and 40 touchdowns this season, plus run for another 892 yards and 11 more scores. He missed a media session on Wednesday because he was feeling ill, and clearly wasn't 100 percent Thursday -- but insisted that he will play in the Orange Bowl.

Sooners coach Lincoln Riley, as one might expect, raves about Murray's development.

"I felt like just with the way he had played in high school and what I had seen that he would have a pretty good football mind, but you could tell he understood the game," Riley said. "He was raw when he got to us in a lot of ways, but the natural talent, both physically and mentally, was certainly there."

In a year filled with Murray highlights, the Sooners' quarterback couldn't pick his favorite.

He's hoping it's yet to come.

"There's a lot of highlights. It's been a fun year," Murray said. "But for me, I'm not a satisfied guy, so for me, the highlight would be winning a national championship."