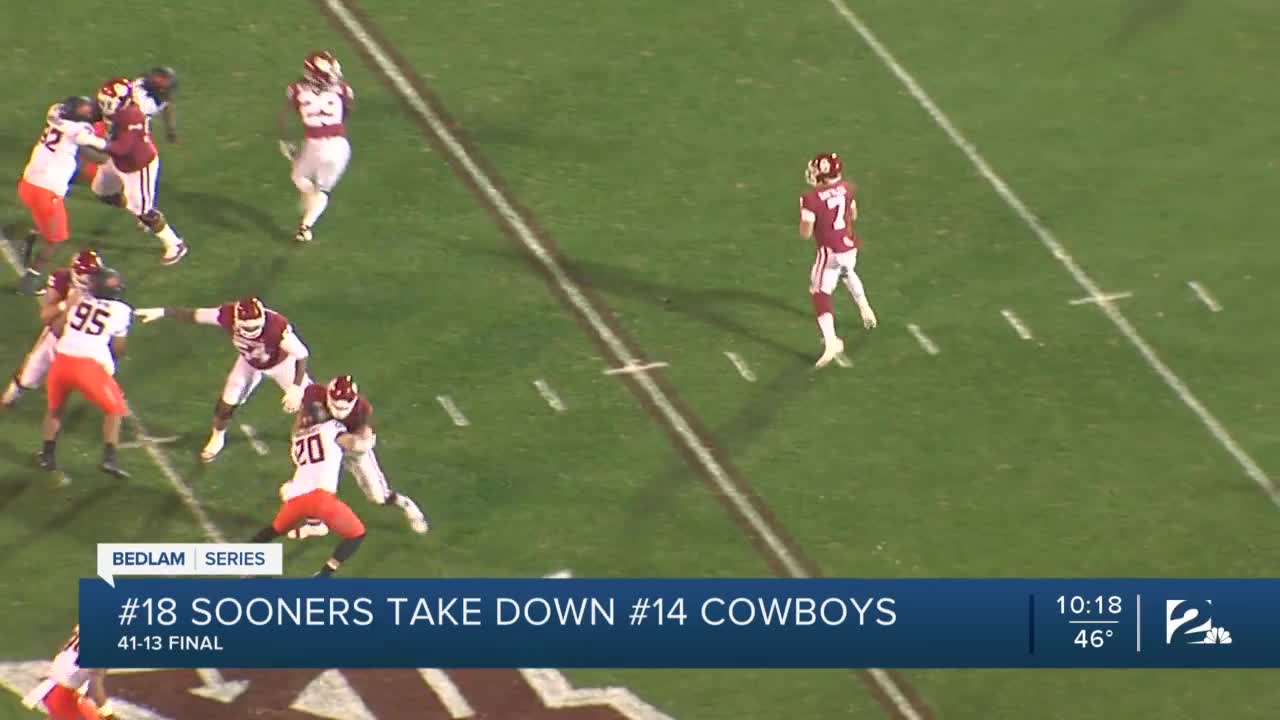 NORMAN, Okla. — The Sooners came out firing to kick off the 115th Bedlam showdown, and they did not look back.

The game began with three OU drives for three touchdowns; one of those drives began at the 20 yard line after a batted pass was intercepted. OU promptly scored to go up 21-0.

Spencer Sanders left the game in the first quarter after being whipped onto his back by Ronnie Perkins. He left for a long while, but returned in the fourth quarter - decidedly late as the Sooners kept piling it on.

OU's 41-13 dominance is the sixth win in a row over OSU, and more importantly puts the Sooners squarely in the race for the Big 12 title game.