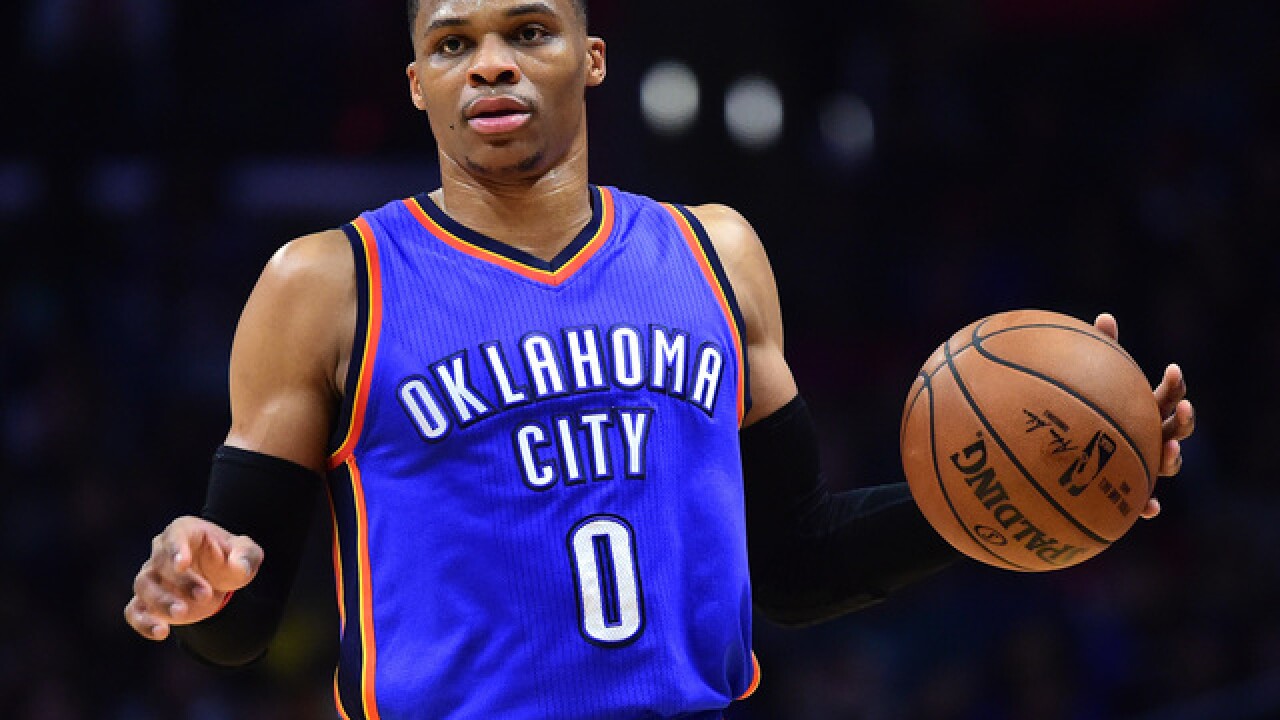 Copyright 2017 Scripps Media, Inc. All rights reserved. This material may not be published, broadcast, rewritten, or redistributed.
Harry How
<p>LOS ANGELES, CA - JANUARY 16: Russell Westbrook #0 of the Oklahoma City Thunder dribbles during the first half against the LA Clippers at Staples Center on January 16, 2017 in Los Angeles, California. NOTE TO USER: User expressly acknowledges and agrees that, by downloading and or using this photograph, User is consenting to the terms and conditions of the Getty Images License Agreement. (Photo by Harry How/Getty Images)</p>

Leonard's coach, the Spurs' Gregg Popovich, was nominated in the Coach of the Year category, as was Mike D'Antoni, who coaches Harden in Houston, and Miami's Erik Spoelstra.

The three finalists in each category were announced Friday. The winners will be announced June 26 during the NBA's first awards show.

The Philadelphia 76ers have two chances at the Rookie of the Year award, with Joel Embiid and Dario Saric finalists along with Milwaukee's Malcom Brogdan.

Previously, the individual awards were announced at various times throughout the postseason.